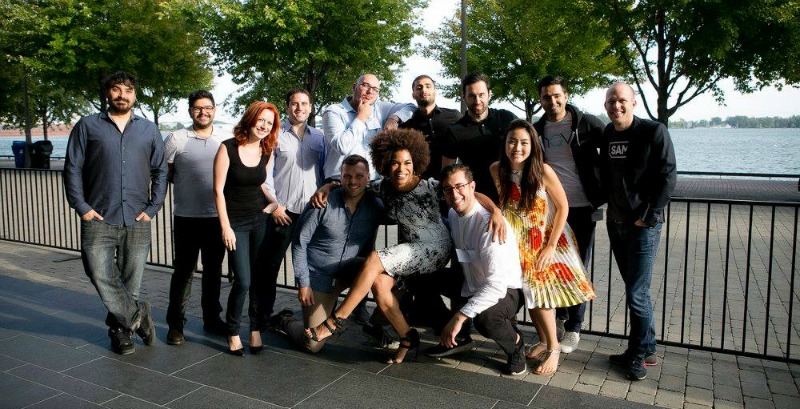 In the atrium of the stunning Corus Entertainment HQ in Toronto on September 28, CFC Media Lab held Launch Pad, an event that celebrated the six startup companies who are Cohort 5 of IDEABOOST, a network connect and accelerator program.

Hosted by Arisa Cox (trend-setting technologist and host of Big Brother Canada), Launch Pad marked the completion of these companies' four-month journey: validating their product/market fit, developing their product, growing their user/customer base, honing their investment story, and for some, closing their first round of investment before demo day.

As the six companies gave their pitch presentations to a packed atrium, it was amazing to see how far they had come.

Amir Alikhanzadeh, CEO and Co-founder of MadLipz, credited the program for giving them a business. “We had an app, we had an idea, but we didn’t have a business. The program changed all that.” MadLipz' voiceover parody app was a crowd-pleaser, garnering more than a few chuckles during their pitch presentation.

Milan Baic, Founder of PinchVR, also credited the program for teaching him the importance of market dynamics when deploying his product - providing low-cost VR experiences that can be integrated into mail-out brand campaigns. Baic thanked the program for making PinchVR less of a project and more of a business. “IDEABOOST completely changed the way we were thinking about our business.”

For Marylin X. Ma, Co-founder and CEO of Navi, a company aimed at increasing the length of time mobile users stay on publishers’ sites, CFC Media Lab’s network was invaluable. “We were able to tap into their remarkable network, connect with potential customers and validate some of our ideas - it made everything so much easier.” 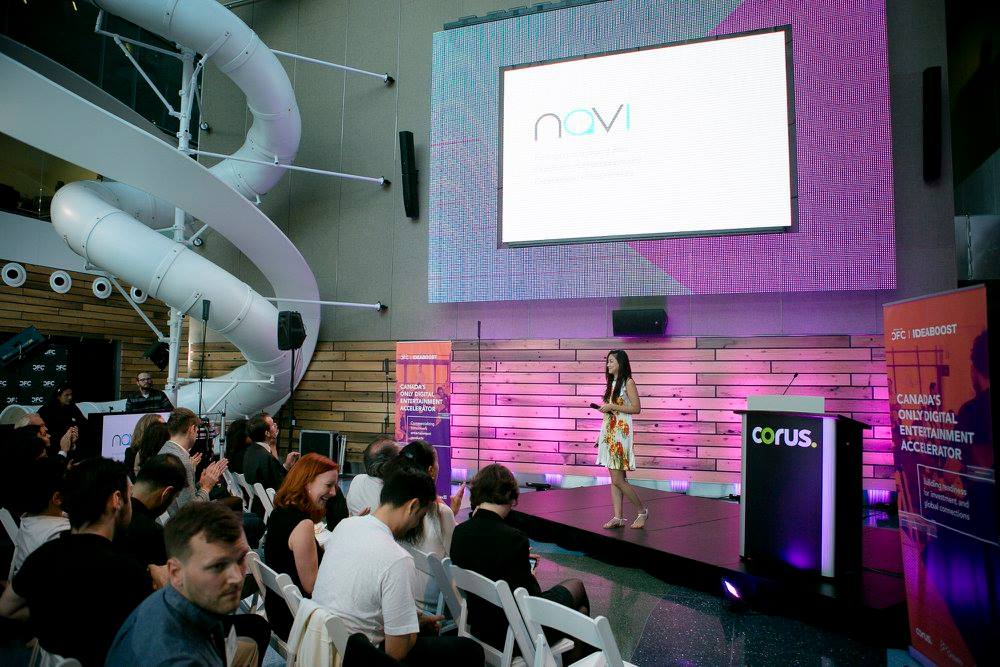 Nick Dyment, Director of Business Development and Operations of BigTerminal, which uses structured search and customized alerts to deliver relevant financial, media and insurance information, echoed Ma's sentiments. “The program gave us access to industry expertise and mentorship. We were really focused on the product and less on the business, the pitch and the messaging. IDEABOOST really helped us become a legitimate company. We’re swimming with the big fish now.”

The takeaway for Heather Anne Carson of Repable was seeing the creativity of the Canadian ecosystem. “I come from a hard tech background, and often there isn’t enough focus on how the technology relates to an average person’s life. Every single company in IDEABOOST has been doing something super-interesting for the consumer to enjoy.” 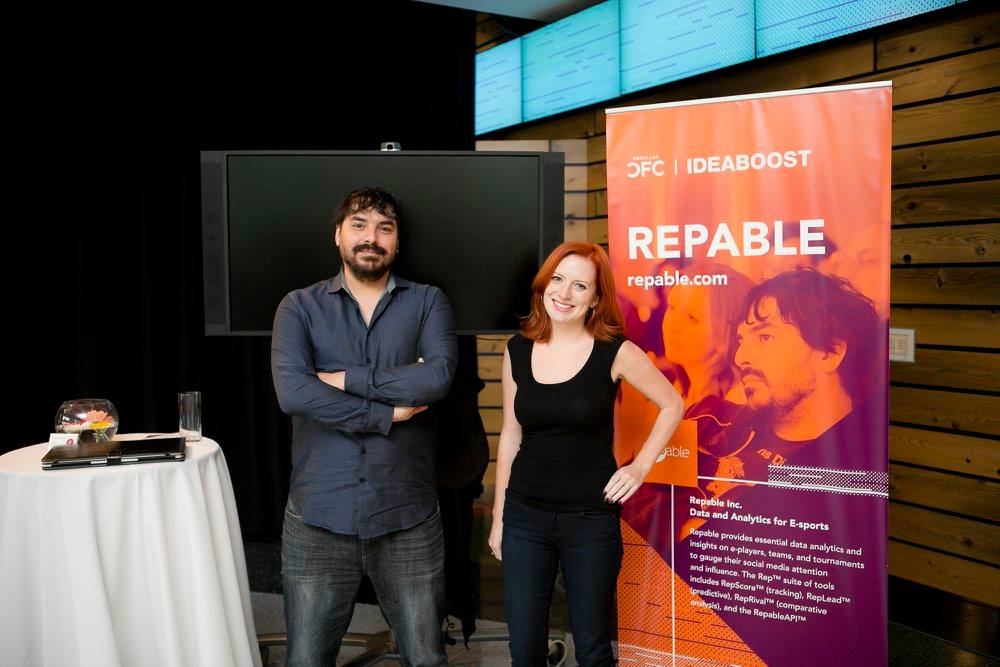 As Co-founder of the analytics tool that helps advertisers make more informed choices about who to sponsor in the burgeoning world of eSports, Carson summed up the night: “The fact we can merge entertainment and technology in such a collaborative environment is pretty cool.”

James Neufeld, Co-founder of SAM, a social media content management platform that powers search, curation, publishing and workflow for the news industry, stressed similar points. “The program has been incredibly helpful.We were one of the later stage companies to come in so we had some traction and momentum. Ana Serrano [CFC’s CDO, CFC Media Lab Founder and Managing-Director of IDEABOOST] and everyone on the team were very responsive to our needs. We asked for help to scale up and they delivered with our fantastic mentors.” 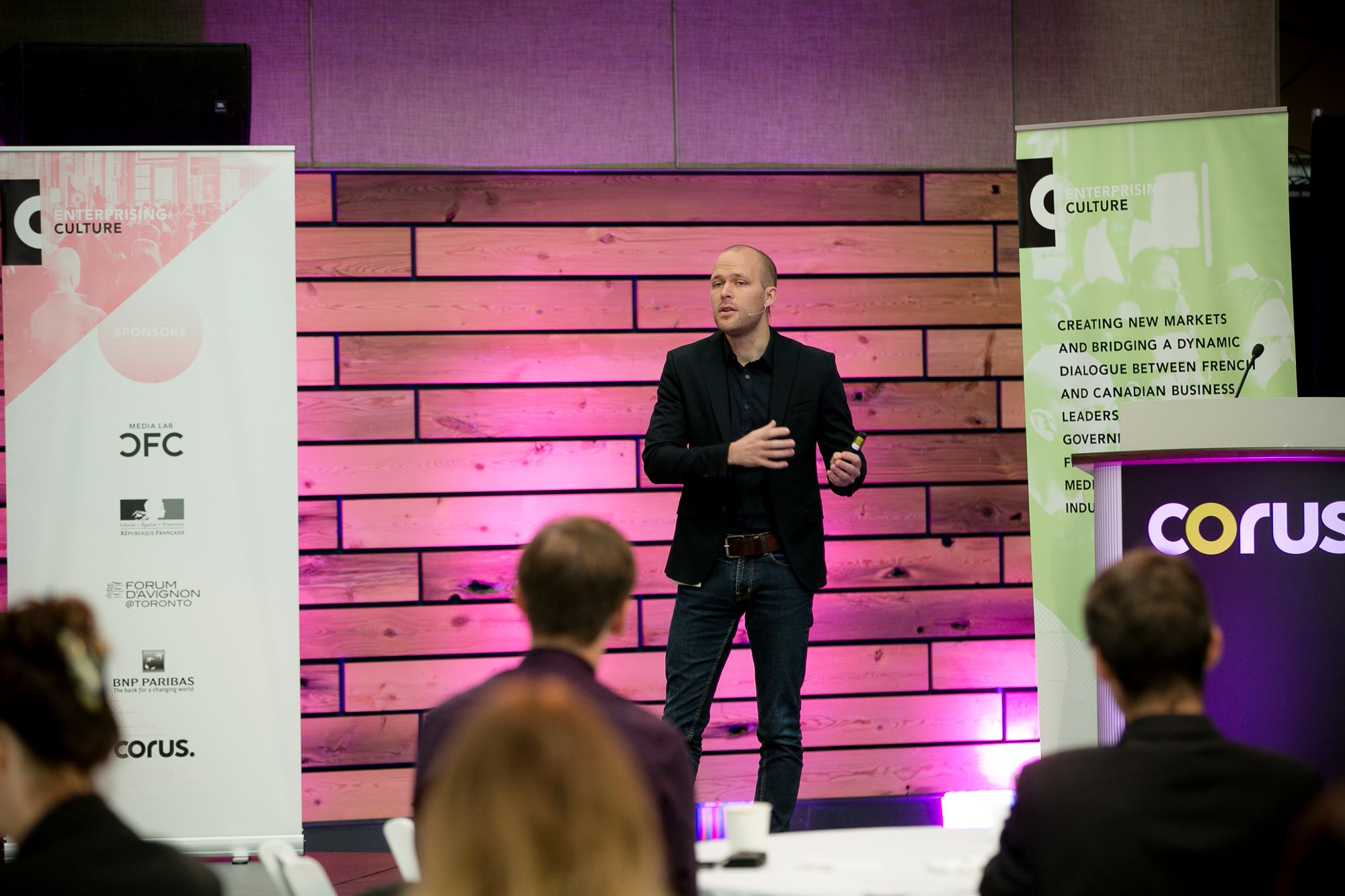 Neufeld gave a special shout out to Shawn Rosemarin, IDEABOOST Network Connect mentor and CTO of VMWare Canada, for his willingness to get into the trenches. SAM is well on its way with a client base that includes the Associated Press, The Guardian, Reuters, The Wall Street Journal and The Toronto Star.

SAM was also named the Canadian winner, along with French winner Editions Animées, of the first Cultural Start-up Award at Enterprising Culture, an inaugural Franco-Canadian forum that took place on September 28 and 29, 2016, and which Launch Pad kicked off. The Cultural Start-up Award, sponsored by BNP Paribas, saw six French start-ups and six Canadian start-ups from IDEABOOST compete.

IDEABOOST is funded in part by the Federal Economic Development Agency for Southern Ontario. CFC Media Lab thanks our Founding Partner, Corus Entertainment, and BNP Paribas for hosting both the Enterprising Culture Launch night and IDEABOOST Launch Pad celebrations. 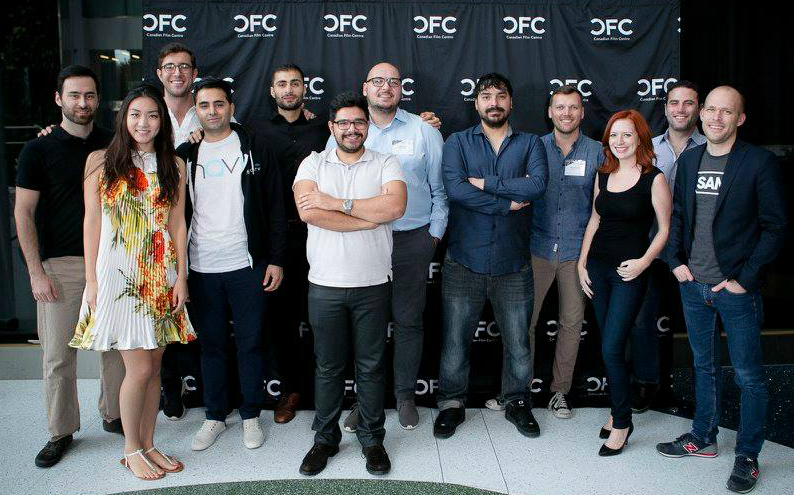