Ezra Levant, Craig Silverman, Jesse Brown, Ian Gill – a veritable feast of alt-media celebrities - gathered this weekend for the first-ever Toronto edition of Hacks/Hackers. The event is part of a global grassroots movement whose mission is to bring hacks (slang for journalists) and hackers (slang for technologists) together to build bridges and explore synergies. 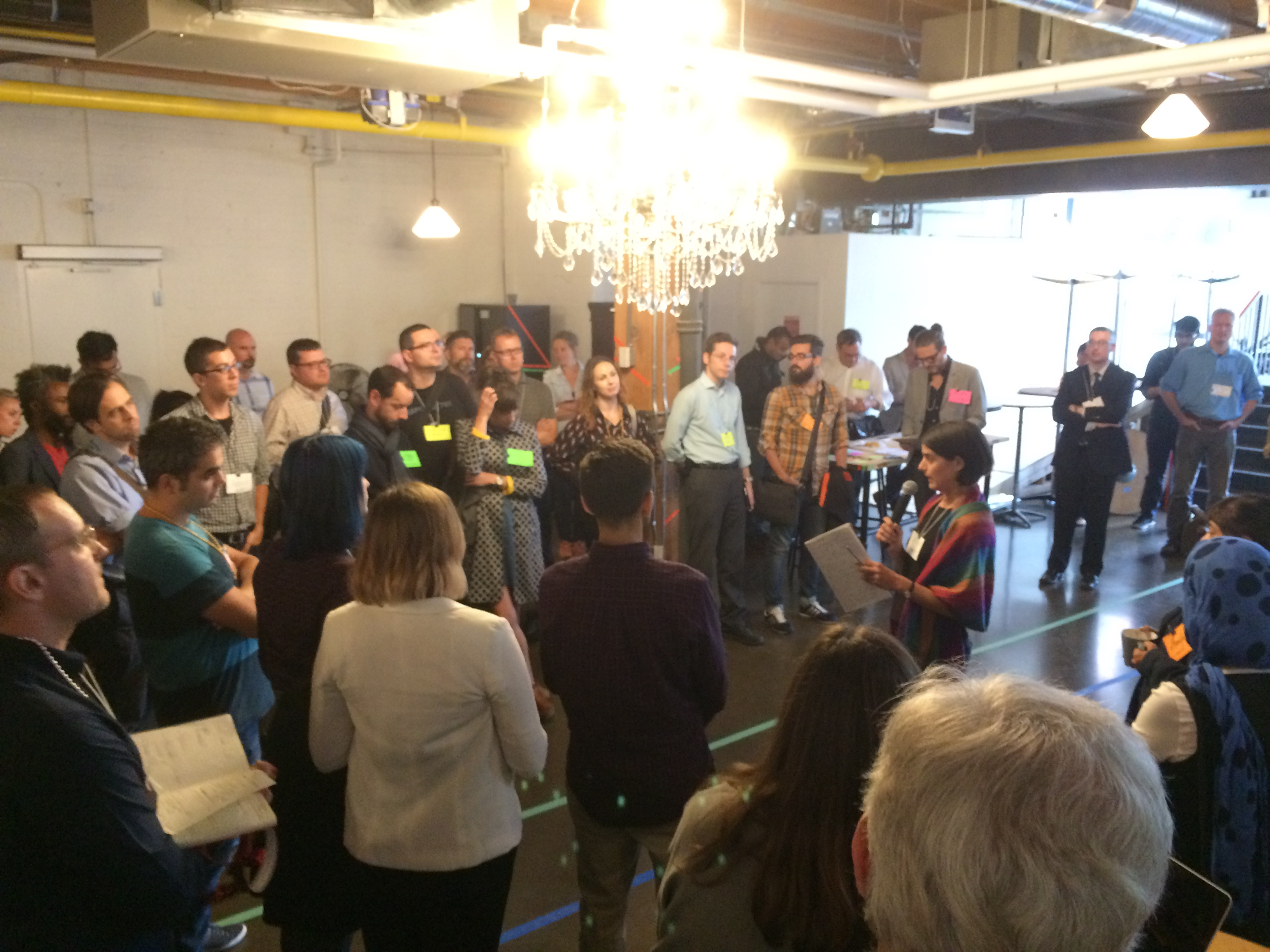 Phillip Smith, journalist and the Toronto event convener, began by declaring all public speech off the record (which, I confess, made this hack’s job more difficult than it would otherwise have been). So what follows is a general summary – except where permission to go on the record was granted.

Anyone aware of the state of Canadian journalism knows that hacks are an increasingly endangered species. Recent layoffs at the Toronto Star are only the latest in a slew, impacting every level and specialization of the profession.

The driving force behind this bloodletting? Hackers, of course, and in particular, social media, both of which aggregate the best of the web, siphoning off advertising revenues from hard-working content producers. Ian Gill wrote the book, No News is Bad News, on the current state of Canadian media. He claimed (on the record) that when he first started out in journalism there was no such thing as a conversation about where the money came from. It just came.

Hacks and hackers occupy different positions of power in today’s economy, and journalists would be well-advised – and were throughout the event – to develop at least minimal coding skills. Two titles of the Saturday morning bootcamp sessions reveal this advice in action: “Start coding your own bots now or you’ll be replaced by someone else’s” and “How journalists – both the young and the established – can benefit from learning code and leading innovation in their field.”

Three other strategies for surviving as a journalist in the age of disruption were:

Although the dominant mood among journalists at least was one of concern for the diminishing role of media in Canada and the impact of that on democracy, there were moments of optimism:

Toronto’s inaugural Hack/Hackers event drew more than 100 people over two days, making convener Smith a happy man. “I’m blown away. We’ve taken this all around the world and this is one of the largest. People are hungry for what we’re covering. The content is relevant and people are finding a lot of value.”

He publicly acknowledged Ana Serrano, of CFC Media Lab, and freelance political correspondent Jessica Murphy for bringing Hacks/Hackers to Toronto. “Ana saw a video we posted from New York and recognized the dynamic nature of the event. Jessica saw that we’re in very turbulent times in Canada and that there’s a need for new ideas on what journalism in Canada is going to be moving forward. If it wasn’t for those two it wouldn’t have happened. Without people on the ground with passion for this mission it’s impossible to do a great event.”

Hacks/Hackers also featured demos by SAM, Navi and Filmtyme, each of which are IDEABOOST companies serving the media and entertainment industry.