The 2016 CFC Annual BBQ Fundraiser: One of the Best Yet 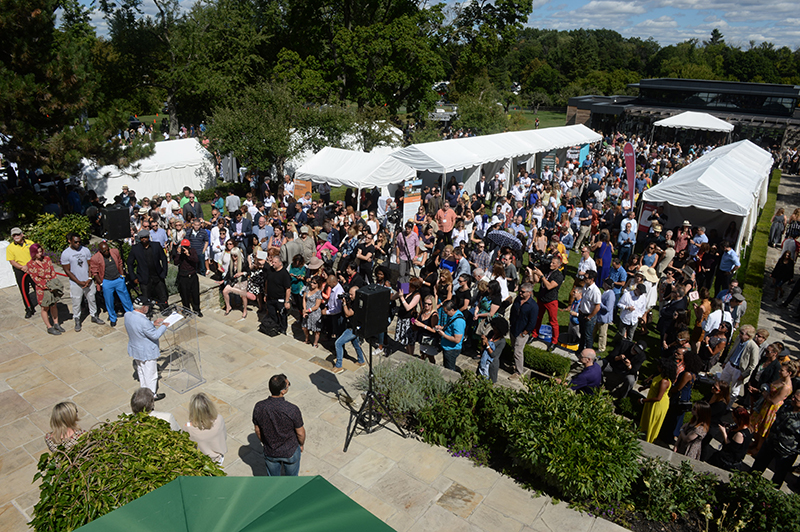 On Sunday, September 11, 2016, nearly 2,000 people from the screen-based entertainment industry gathered on the grounds of Windfields Estate for the 28th CFC Annual BBQ Fundraiser. Saturday’s humid rainstorms vanished by Sunday, creating the perfect temperate conditions. Guests took a break from the Toronto International Film Festival (TIFF) to enjoy the fresh air, sample delicious treats and catch up with old friends (or make new ones) while strolling the beautifully landscaped grounds.

This year, more than 50 CFC alumni in 26 projects are participating in the festival. In particular, CFC is honoured that CLEO, one of its short films produced during in the 2015 Short Dramatic Film Program, was selected for the prestigious Short Cuts Programme at TIFF. The world premiere was September 8, but festival attendees can still catch a screening of CLEO, along with a wonderful cross-section of other films from around the world, on Saturday, September 17 (Find tickets here).

In addition to many familiar and beloved faces – many of whom are also alumni – CFC was honoured to host several special guests: the United States Ambassador to Canada, Bruce Heyman, and his wife, Vicki Heyman; Minister for Indigenous and Northern Affairs, MP for St. Paul’s, the Hon. Carolyn Bennett; former director of the CFC and producer, Peter O’Brien; Consul General of Canada in Los Angeles, James Villeneuve; and Toronto City Councillor, Don Valley East, Shelley Carroll. Klymkiw acknowledged their presence and added that the day was “a remarkable way to celebrate our accomplished alumni and share their successes,” as well as to “offer thanks to all of the organization’s stakeholders, friends and industry partners for the ongoing support and belief in our vision.” 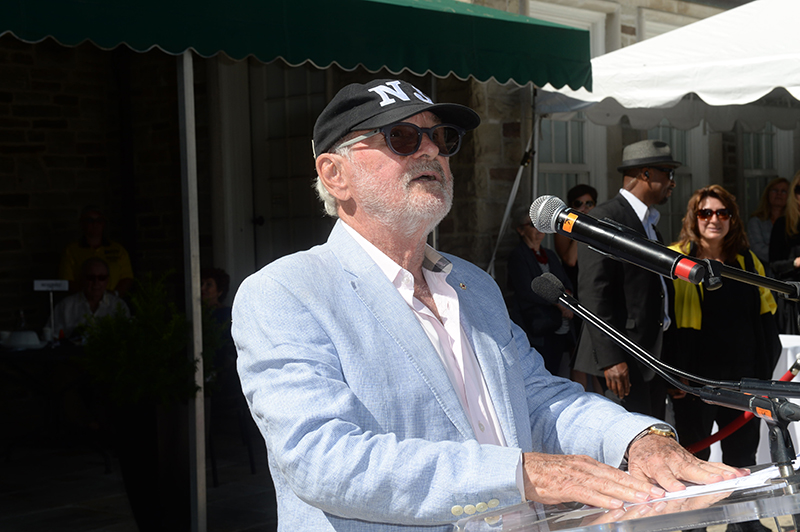 When CFC Founder and Chair Emeritus Norman Jewison took the stage, he received a loud round of applause. He noted that TIFF, now in its 41st year, and CFC, on the cusp of its 30th anniversary, have “grown up together” and enjoyed a “long and fruitful partnership.” He added that “not only is TIFF showcasing our talent to the world, but they’ve brought the world to Toronto, and Canada,” while CFC alumni “have taken their stories across the globe.” He concluded the speech by requesting a respectful moment of silence to mark the solemn occasion of the 15th anniversary of the attack on the World Trade Center in New York, acknowledging the presence of so many American friends in the audience, as well as those in Canada who were affected by the tragedy.

No BBQ would be complete with showcasing some strong CFC talent, and thanks to the official entertainment sponsor, The Slaight Family Foundation, guests were able to be serenaded by some exceptional voices. The Slaight Family Music Lab alumna Adaline and Slaight Music artist Tomi Swick graced the CFC Annual BBQ Fundraiser stage for performances that left the crowd wanting more. 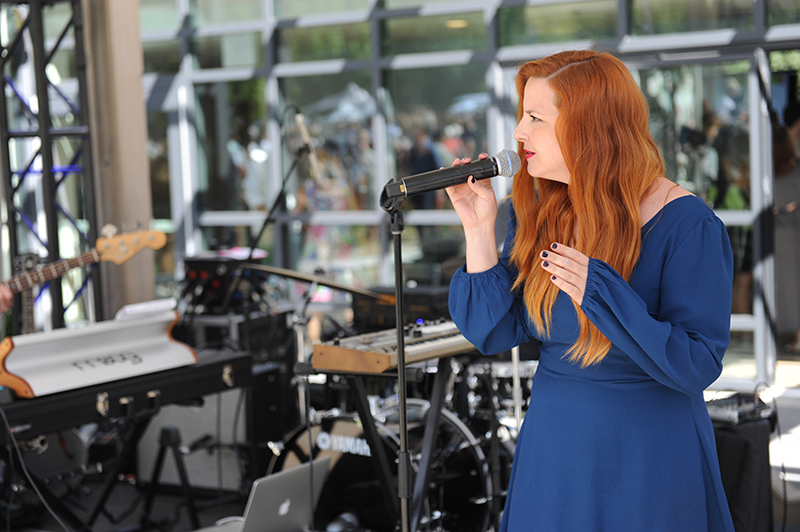 Many guests supported the fundraiser by donating generously to the Give 2 Getaway raffle, with prizes (a $3,000 travel voucher and a 2016 Cadillac Escalade Rental) donated by Stage and Screen Travel Services and official automobile partner and sponsor Roy Foss Motors Thornhill, respectively. Event sponsor Whites Les (Locations Equipment Supply Inc.) and Event Rental Group decorated the grounds, offering plenty of spots to rest and take things in, as well as move freely about – even when the BBQ was its most crowded.

Enhancing the event, the CFC Media Lab was onsite at the Greenhouse, presenting the latest in room-scale virtual reality experiences from three of Toronto’s top digital media studios: Smokebomb Entertainment, Jam3 and Red Meat Games. Room-scale virtual reality is experienced through the HTC Vive headset, which tracks users positions within a room, allowing them to physically navigate through a VR space. At the BBQ, three HTC Vives were set up for guests.

Norman Jewison noted in his remarks that “everywhere you looked, there was CFC alumni in the film and television industry.” The CFC, both at and beyond TIFF, was proud to gather its alumni in one place to celebrate how this partnership has brought Canadian talent to the international stage over the years. Relive the gorgeous afternoon BBQ by checking out our photo gallery.

All photos courtesy of Tom Sandler.

The CFC wishes to acknowledge and thank our many generous sponsors who made this event possible, and as thoroughly enjoyable as it was. They include: 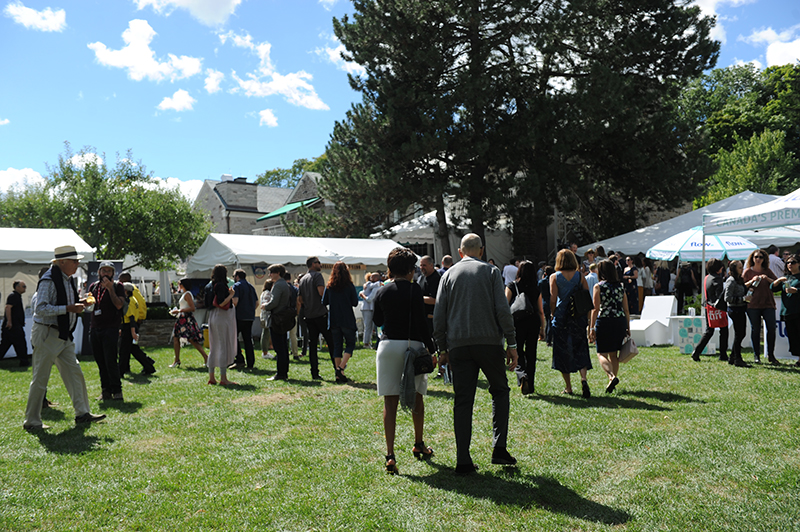