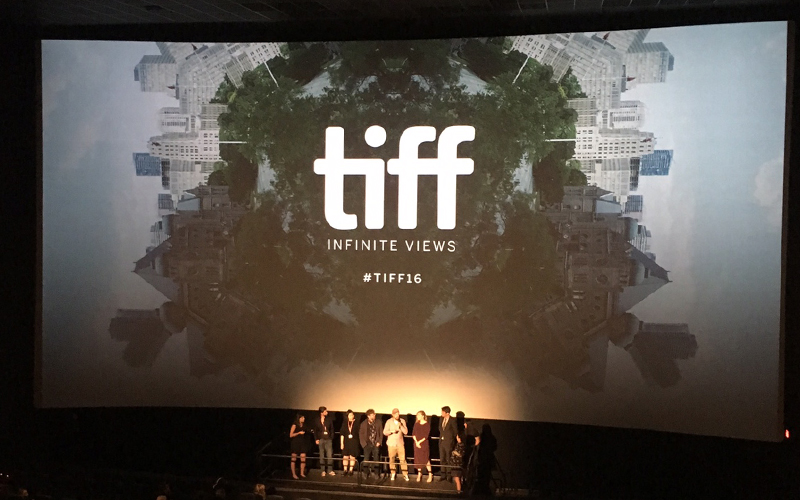 On Thursday, September 8, 2016, the 2016 Toronto International Film Festival (TIFF) kicked off on a short but sweet note, with 2016 CFC Short Dramatic Film  CLEO having its world premiere as part of the festival’s Short Cuts Programme 1.

The cast and crew of CLEO attended Thursday night’s premiere, including writer/director Sanja Zivkovic, producer Laura Nordin and cast members Nina Kiri and Andrew Pimento. During the Q&A that followed the screening, Zivkovic spoke about the inspiration for the film, which follows a young woman (Kiri) who discovers an unexpected connection as she ventures outside her comfort zone into a part of town she has never experienced before.

“In 2015, I moved to Toronto from Serbia to attend the Directors’ Lab at the Canadian Film Centre. While exploring my new home, Toronto, I realized it was very diverse and there were all sorts of neighbourhoods I wasn’t aware of,” she explained to a packed crowd at the Scotiabank Theatre. “The place that I seemed to connect to the most was the place that you guys saw in the film. It kind of reminded me of Serbia and also of my past as an immigrant when I first came to Canada in the ‘90s.” 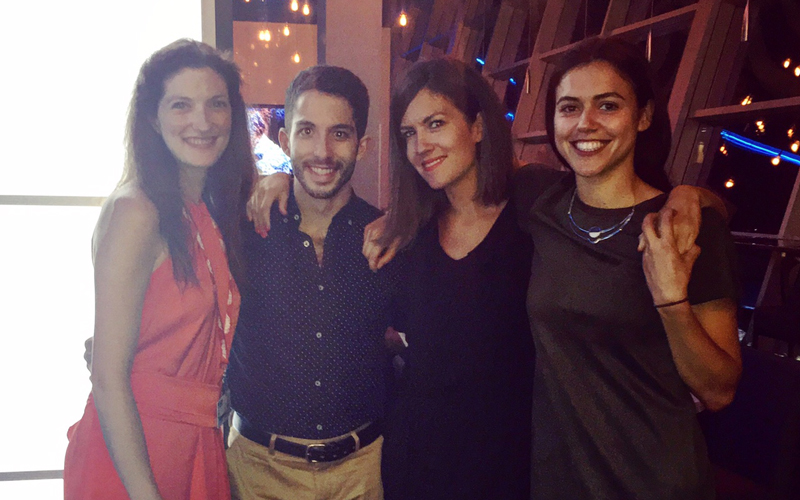 Before its TIFF premiere, CLEO screened as part of the 2016 CFC Short Dramatic Film Showcase. In addition to Zivkovic, the film’s crew included Editors’ Lab alumnus Chris Mutton and Slaight Music residents Armen Bazarian and Casey Manierka-Quaile. To learn more about the production of the film, CLICK HERE.

Catch the final screening of Short Cuts Programme 1, which also includes 3-Way (Not Calling) from CFC alumna Molly McGlynn, on Saturday, September 18 at 1 p.m. (CLICK HERE for ticketing info). For a full list of CFC alumni with films at TIFF 2016, CLICK HERE.