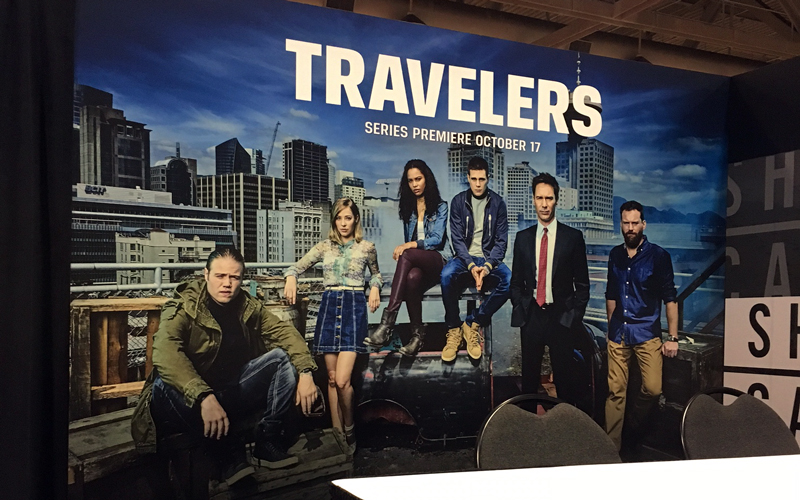 If you could travel back to Saturday, September 3, 2016, you might want to make a pit stop the Metro Toronto Convention Centre, where Fan Expo Canada hosted the world premiere of Travelers, an upcoming sci-fi series developed through the Canadian Film Centre’s (CFC) 2014 Prime Time TV Program. The screening, which also featured a Q&A with series creator Brad Wright and star Eric McCormack hosted by ET Canada’s Sangita Patel, was brimming with genre fans of all ages and fandoms (see: the varying levels of cosplay on display in the audience) with a whole lot of love for Canadian talent.

Prior to the screening, McCormack told the CFC that he was “excited as hell” to watch the first episode with this group (“It’s a smart crowd, a crowd that has seen lots of this kind of thing … but they’ve never seen exactly this”). Wright agreed, noting that in this streaming age, “nobody gets to see 500 people watching a show [together],” making the screening a “unique experience.” But the pair could not prepare for the reaction they would get from viewers, who gasped and laughed along with every twist, turn and gloriously geeky reference packed into the premiere. 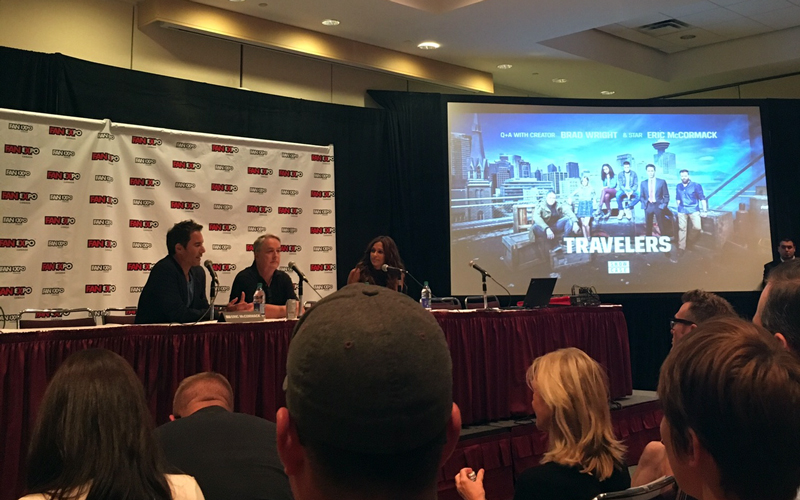 The big crowd reactions continued into the Q&A, when Wright revealed that the show’s entire cast and writing staff are Canadian and made special mention of the CFC’s involvement. As Wright explained, the series was developed with the participation of the Canadian Film Centre’s Story Editor Residents: Tara Armstrong, Mika Collins, Seth Cooperman, Rebecca Hales, Gillian Muller, Ashley Park, Pat Smith, Amanda Smith-Kolic and Jason Whiting.

To learn more about Travelers and the CFC’s involvement in the series, CLICK HERE. The show is set to premiere October 17 on Showcase. Audiences outside of Canada can stream the series on Netflix starting December 23.

"I can't recall reading as many solid scripts, one after the other. There is some serious talent in this group."