An Inside Look at CLEO


CLEO, one of the short films created in the 2016 CFC Short Dramatic Film Program, will have its world premiere at the 2016 Toronto International Film Festival (TIFF) on Thursday, September 8 at the Scotiabank Theatre, as part of TIFF’s selective Short Cuts programming.

CLEO is about a woman who ventures outside of her comfort zone to an unfamiliar part of Toronto in search of a cell phone deal. Along the way, she discovers an unexpected connection with the young man selling her the phone. Watch the trailer:


The film was developed as part of CFC’s Short Dramatic Film Program, a five-month advanced filmmaking initiative for directors and creative teams consisting of writers, producers, editors, composer and songwriters. The program has a history of launching exciting, original voices and concepts into the international marketplace. To date it has produced 163 critically-acclaimed short films, many of which have seen their World Premieres at TIFF.

CLEO is written and directed by CFC alumna and Serbian-Canadian filmmaker Sanja Zivkovic, who splits her time between Belgrade and Toronto. Her previous short films garnered screenings and awards at film festivals internationally, and currently Zivkovic has two new projects in development: in Belgrade she is working on her first feature-length film, Manuela, and in Toronto she’s writing another feature, Easy Land. When making CLEO, Zivkovic collaborated with other CFC alumni, including editor Chris Mutton and Slaight Music residents Armen Bazarian and Casey Manierka-Quaile.

Go behind the scenes of this atmospheric, engaging film and hear from the people who made it: what were some of their most memorable moments? 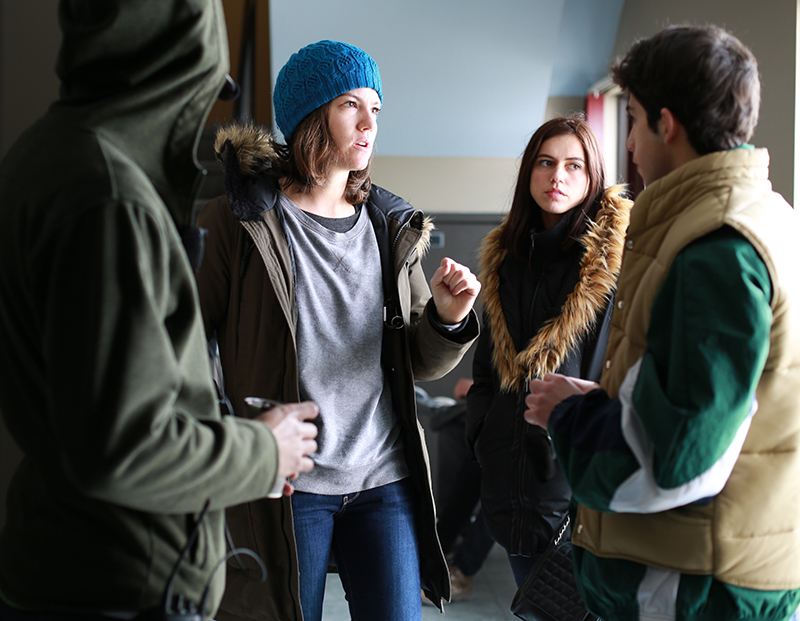 One of the best parts of making CLEO was the first day of rehearsal with the actors, where we mostly just talked in depth about the characters and the script. I realized that they really understood the script the way that I had intended and would add so much life to the film through their interpretations of the characters.

One of the best parts was working with Nina and Andrew. We improvised quite a bit and I remember being really pleased with some of the spontaneous moments that we created together.

For one of the scenes, I spent two days working with the actors in a tiny room until we finally discovered the right emotion together. An unexpected tension and energy was born between the two actors, and the somewhat improvised scene changed the outcome of the story; instead of just being a platonic relationship, a stronger chemistry between the characters was born. The outcome of the film was a love story, and even though we hadn’t intended this to start with, it worked so well that we accepted and rolled with what was created.

What comes to mind right away was this moment on the first day of filming. The sound technicians were doing ambiance, so of course everyone on set had to be silent. I looked at Sanja for a split second and we just burst out laughing and couldn't stop. When you aren't allowed to make noise, everything just becomes that much more funny,

That moment encapsulated a lot of our relationship. I admire Sanja so much. She's an extremely hard working and talented filmmaker. She always knows exactly what she wants, yet has this amazing attitude when circumstances on set change or something doesn't go her way. Outside of set we've spent a lot of time just meeting up talking about films and life and careers, which has been a really wonderful/inspiring friendship for me. When we work together I don't have to explain things to her, nor does she to me; we understand what the other person wants – a very rare thing to have with someone both personally and professionally. 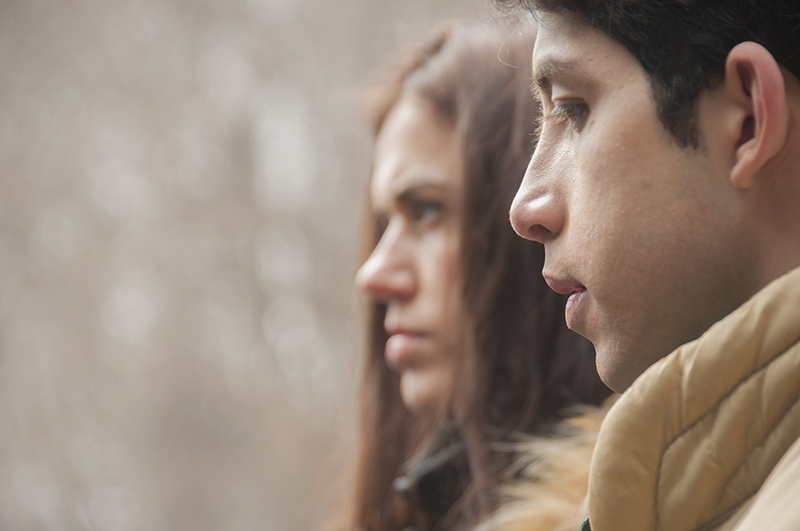 The relationship between Sanja, Nina and myself was my favourite part of shooting. Any time we needed to huddle together to discuss a moment, we had so much respect for each other. There was always a feeling of care and openness on set – more so than I think I've ever felt. There was always a willingness to listen, dissect, discuss and TRY.

I loved that Sanja let us riff. She gave me the green light to improvise in English and Arabic, both of which allowed me to connect to the reality of the scene. I also very much enjoyed watching Nina and Andrew from behind the monitor when I wasn't in the scene with them. It was a relatively short filming experience, but I learned a lot.

We only had a few hours left in the day and we had to film the last scene of the film AND we still hadn't decided which ending we were going to use. We had two possibilities and we wanted to film both as options for the edit. It was a very tight squeeze because we were nearing the end of our day and we were going to lose our actors. It was an outdoor shot and it was threatening to rain. It was near a busy intersection and there were cars full of teenagers who would yell at us and honk their horns, which sent us back to the top of the shot because the sound was unusable. We were all on high alert, working as fast and as efficiently as humanly possible.

When we got all the coverage of the first option for the ending, Sanja turned to me and said, "We got it. That's the ending. We don't need the other option. I love this one." I was elated. We all were. Making the writer/director happy and having everyone on set be so dedicated, professional and in such good spirits was such a win. Then, just as we left the location, it started to rain. It was such a close one. When I recount this memory, it seems like a given that it would all work out. But in the moment it felt triumphant, to have achieved that in the face of so many variables that could have forced a very different outcome.

Tickets for CLEO go on sale to the public September 4 at 9:00 a.m. Stay up to date on CLEO's Facebook page, and access the TIFF box office here.

We encourage all to attend the festival as an opportunity to support both emerging and established Canadian screen talent. CFC is proud to support CLEO, and to have many other alumni projects this year at TIFF. Seeing short films today not only offers viewers hidden gems, but also fosters the careers of talented Canadian filmmakers like those who created CLEO. 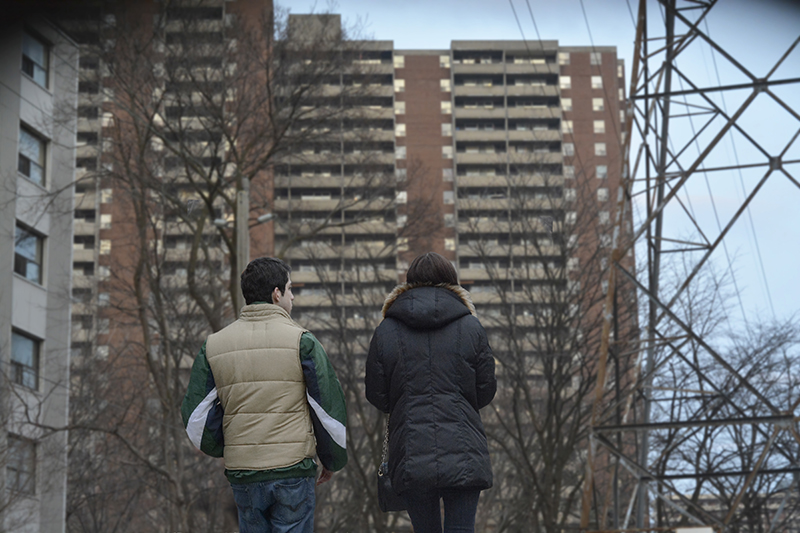 "People are looking to filmmakers who are trying new things and making mistakes because sometimes there's a lot of beauty in those mistakes."

"Just walk through the door that opens for you. If you thought you wanted to work in narrative but you get offered a job in documentary, take it 'cause then you're in the world."