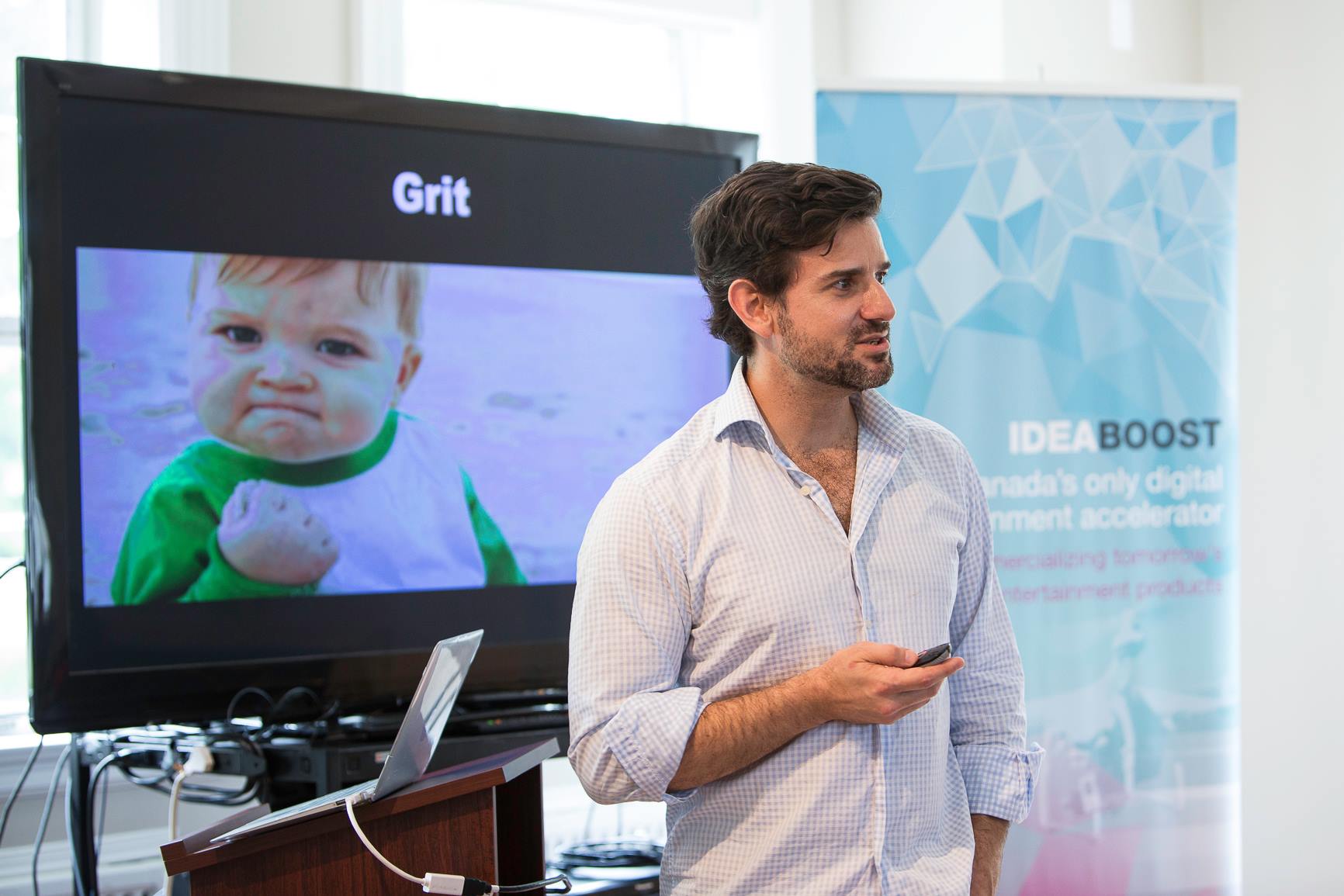 Maybe you know Michael Hyatt from CBC’s Next Gen Den - Dragon’s Den. Or his regular appearances on CBC’s The Exchange. Or his talks on leadership, entrepreneurship or the future of technology at conferences across the country. Chances are that you’ve probably seen or heard or seen Hyatt in the last year.

We were lucky to have him right here at CFC Media Lab, talking and listening to entrepreneurs in the fifth cohort of CFC Media Lab’s IDEABOOST accelerator and network connect community. His talk was packed with so many gems that we’ve split it into three articles: Seven Rules of Success, Three Rules of HR and How Venture Capital Works.

Check out the first in our series here: Michael Hyatt’s “Seven Rules of Success”

It’s easy to forget that the people we think of as highly successful weren’t always that way. Ronald Reagan, for instance, the two-term president of the United States, was a Hollywood actor before running for political office. Many didn’t take him seriously as a presidential candidate, but he kept on showing up. And the rest, as they say, is history.This simple rule is obvious when you think of its opposite: who doesn’t show up, and what are the consequences of that?

There’s no such thing as an overnight success. An example: a Norwegian team of explorers looking to be the first to reach the South Pole. They did 20 miles a day, no matter what. Their competitors, meanwhile, did as many miles as they could manage, which was sometimes just a couple, and sometimes over 50. Guess which team of explorers got there first? The Norwegians. You don’t want to know what happened to their competitors.

Success doesn’t take brilliance; it takes grit. Hire a C-student who works hard and struggled for that C, rather than an A-student who coasted.

Successful people have often done a lot of losing. Abraham Lincoln, for instance, failed in business, had a nervous breakdown, and was defeated multiple times politically, including his bids for Congress, Vice President and the Senate. But it didn’t stop him becoming president in 1860, and today being considered the most respected of all American presidents.

Optimists live in an imagined future that’s rosier than it should be, and as a result they are constantly disappointed. This disappointment gets to them after a while and they give up. Realists, on the other hand, prepare themselves for the long haul and survive.

Emotions occur so quickly they’re easy to miss, but they are often a more trustworthy guide than more deliberate, rational thinking. 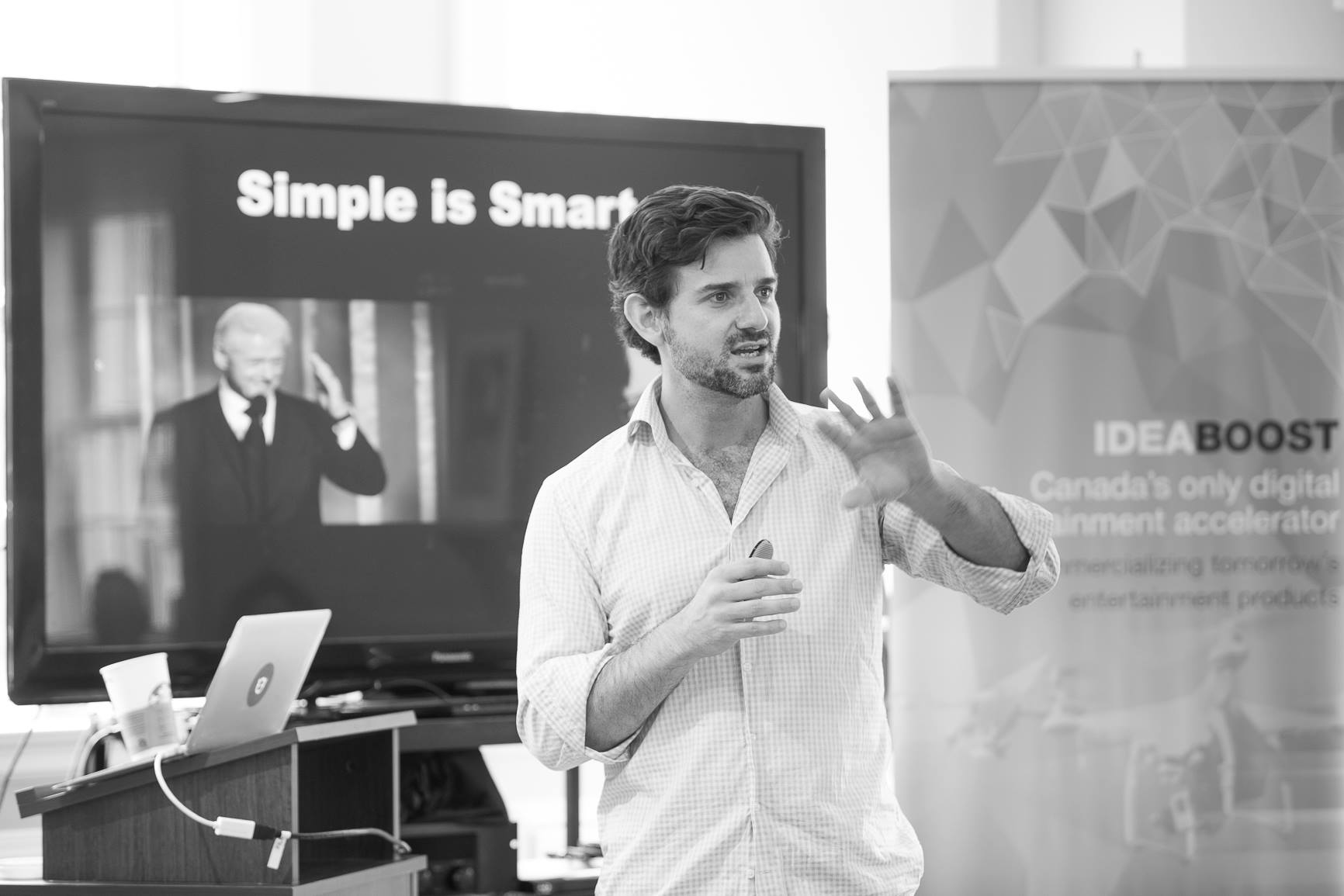 A few years ago I had the pleasure of spending time with the Clintons, both Hillary and Bill come across as very bright an engaging. It was clear to me that Bill Clinton knew how to make everything simple. It also made me remember his 1992 election mantra, “it’s the economy – stupid”. This quality, he believes, is shared by other highly intelligent people, including Warren Buffet, whose simple observation that “everyone who has bet against America since 1776 has always lost” immediately put to rest investors’ concerns about the future of the US economy.

During his visit with the CFC Media Lab's IDEABOOST community, Michael Hyatt also spoke about the Three Rules of HR and How Venture Capital Works.

You can learn more about CFC Media Lab's IDEABOOST Accelerator and Network Connect program here. Thank you to our photographer Aida da Silva. You can see more photos on CFC Media Lab's Facebook page, please follow us on Twitter and on LinkedIn.