The Ex’s Innovation Garage Showcases Latest in AR and VR 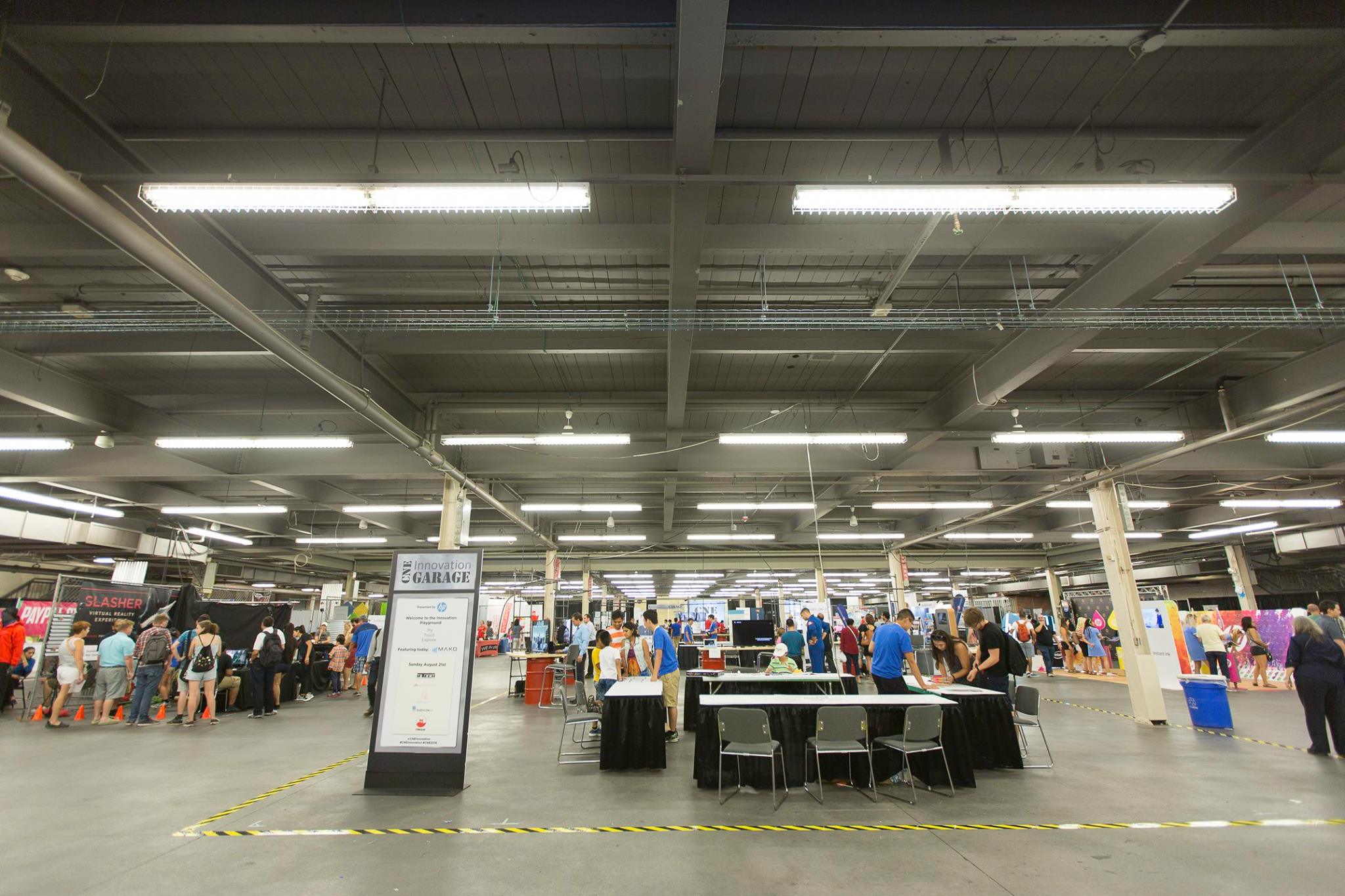 The Canadian National Exhibition, or “The Ex” – fairground rides, petting zoos and deep fried mars bars. This year for the first time, The Ex held an Innovation Garage, which showcased the latest developments in the world of Augmented and Virtual Reality (AR and VR).

Showcasing innovation at The Ex is not new; it’s called an “Exhibition,” after all. Through the years it has introduced Canadians to new technologies like the electric railway in 1883, the wireless telephone in 1890, radio in 1922, television in 1939 and virtual reality in its first iteration in 1992.

The Innovation Garage, a mid-sized hall squeezed between the Ricoh Coliseum and the Canadian Armed Forces Display, continues this tradition by displaying a wide range of startups that demonstrate some of the latest tools and technologies.

This was the place to try Oculus Rift, for example, the VR headset described by the Wall Street Journal as "a pricey — and occasionally brilliant — glimpse of the future of computing." Or its competitor, HTC’s Vive, which comes with infrared sensors that allow you to interact with a virtual world, such as selecting and throwing virtual objects. You could also sample one of the more basic $10 or less headsets, which offer 360-degree immersion by putting your mobile phone to work in powering the VR display.

These demos were good preparation for the sit-down conversation between Ana Serrano, Chief Digital Officer at the CFC Media Lab, and Keram Malicki-Sanchez, Director of VRTO. Their conversation on the current and future states of AR and VR was eye-opening about the juggernaut heading our way.

Both Serrano and Malicki-Sanchez agreed that VR offers a powerful immersive experience, one that can literally change the world. It doesn’t offer only new, more or better information, like the internet; it gives us new experiences, experiences are so real that they have the capacity to permanently alter how we see, think, feel and dream. VR has been so convincing that even when users know they’re in a room wearing a headset, perfectly safe, they’re literally terrified to step on to a virtual tightrope stretched across a ravine. That intensity of experience comes with great responsibility, and raises questions about what stories to tell in VR, how VR can be used in education, and also what regulations, if any, need to be put in place to protect us from its powerful effects. 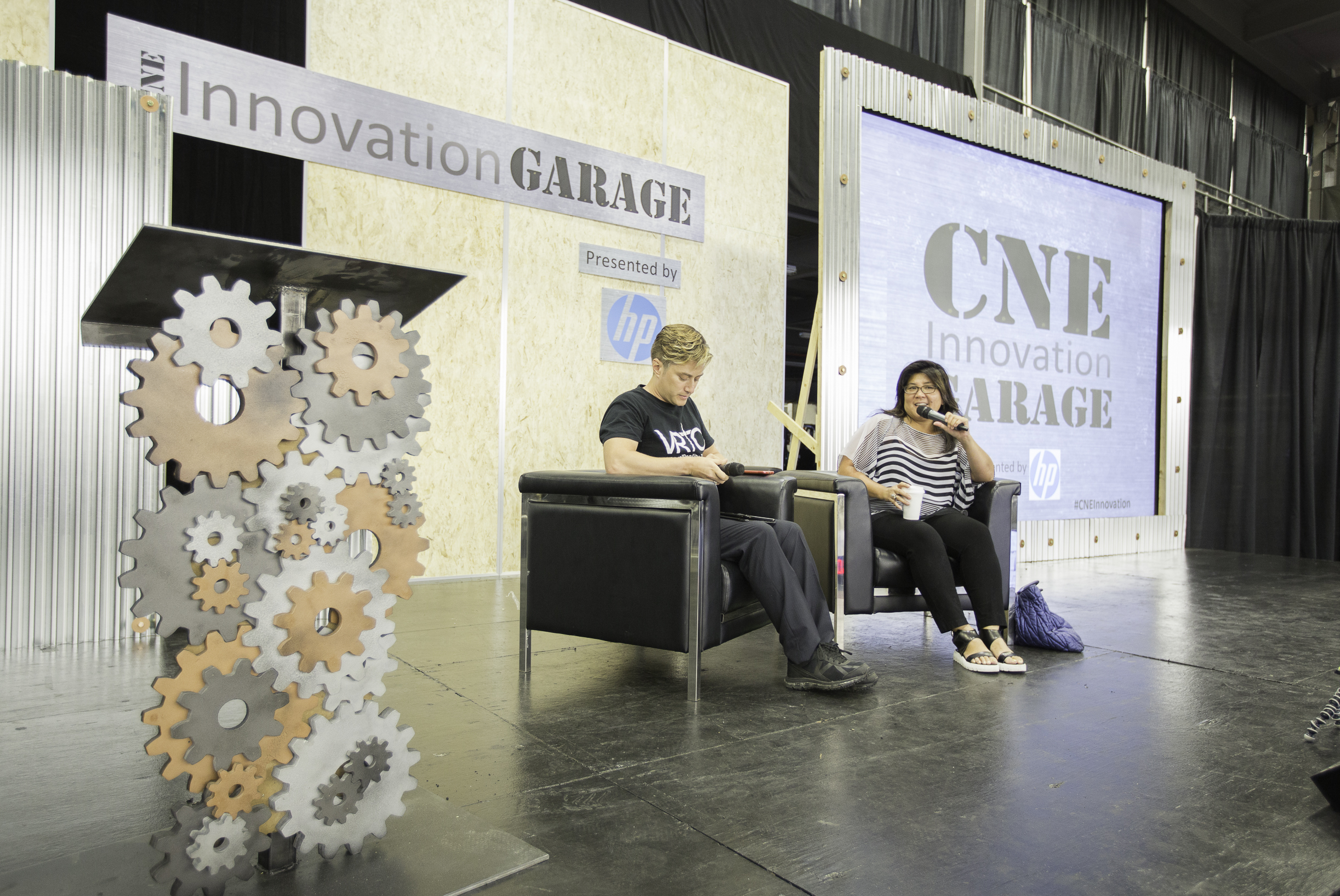 That intensity of experience will become the norm as AR and VR becomes more widespread. The possible applications may be limitless, as evidenced by the wide range of innovative companies competing in the Virtual/Augmented Reality Category of the CNE Emerging Innovator’s pitch competition.

Participating in the pitch competition was the gaming suit ARAIG IFTech Inventing Future Technology Inc. which uses 34 vibratory devices to add bodily sensations to video game applications. Videogame designers of the future will appeal not only to players’ visual and auditory senses, but also their bodily senses, providing fully immersive experiences that the brain will be unable to distinguish from reality.

AR and VR is venturing beyond the traditional gaming community. Ernest Yap of Shapetrace, for example, demo-ed an AR tool that compares architectural drawings with their real-world renderings simply by holding up an iPad and pointing. This has the potential to save construction companies billions of dollars; deconstructing and rebuilding due to errors compounded over time (i.e., because they weren’t spotted early enough in the construction phase) can add five per cent or more to the average construction project.

Breq Labs showcased hand- and finger-tracking gloves that pair with any smartphone to create powerful immersive 3D experiences and haptic feedback through sensors on the gloves. Immersive training for doctors learning how to do surgery could be one powerful application of their product.

Arnocular pitched a downloadable app on mobile devices to offer an AR tour bus experience. In the app, by pointing a camera at the Eiffel Tower, a user can access historical information, including photographs, onscreen, enriching not only the tourist’s sightseeing experience, but also the tour bus operator’s profits from embedded advertising. 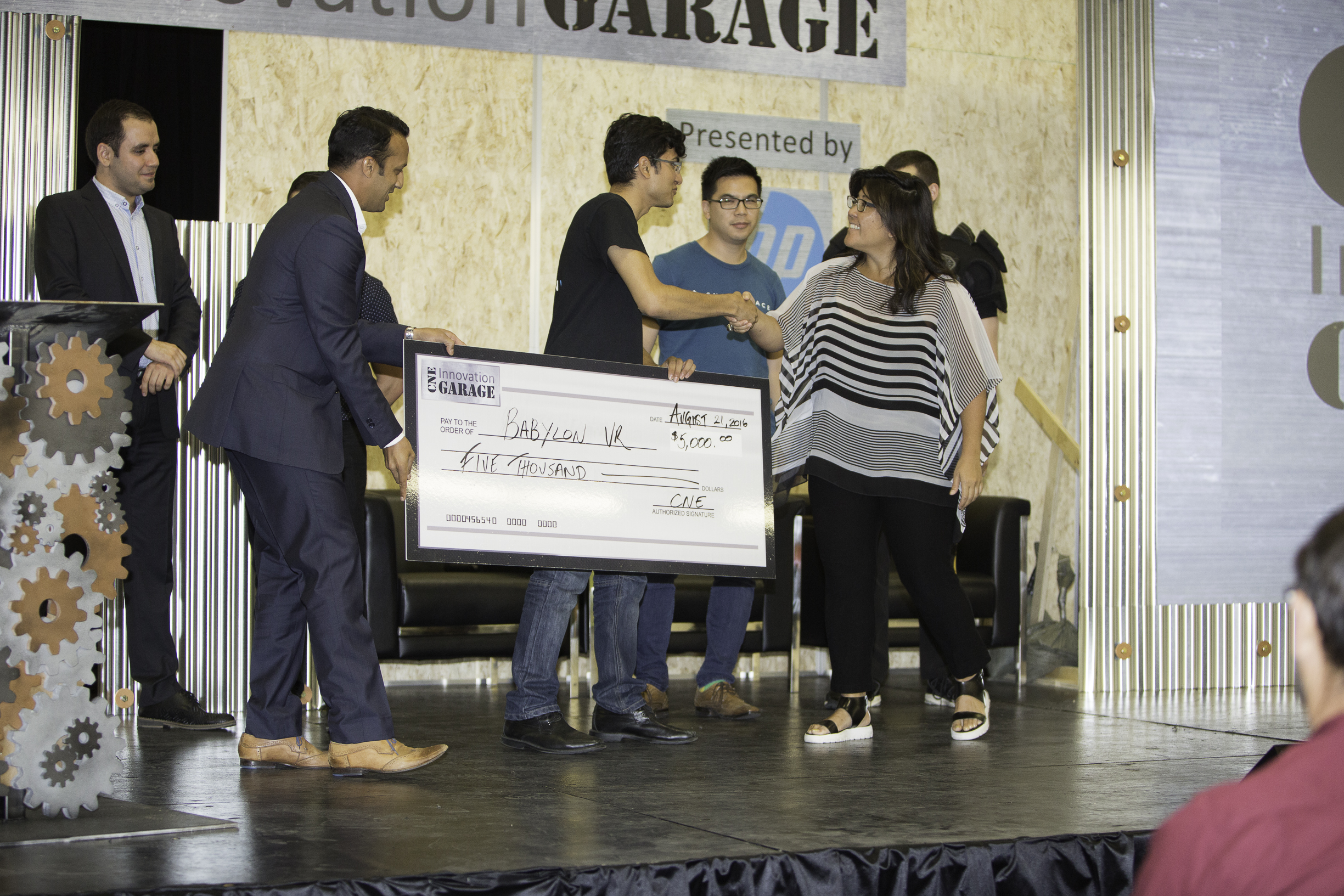 The winner of the pitch competition (a $5,000 prize) was Babylon VR. They demo-ed a product that provides a virtual personalized showroom for new condo buyers. With so many options to choose from, and most people lacking the ability to accurately envision those choices, Babylon VR helps people virtually inhabit their dwelling before handing over the down payment.

Even though AR and VR is still in its infancy, there’s no doubt it’s here to stay and has the potential to enrich our daily lives. Like the technology of film, which changed and developed over time, so has the uses to which we’ve put it. The same will be true for VR and how innovative we are – both in developing the technologies and putting them to use. Let’s hope that, as experts like Serrano and Malicki-Sanchez believe they inevitably will, these technologies will change us for the better – whatever “better” looks like through a VR headset and feels like in a haptic suit.

You can learn more about CFC Media Lab's VR Strategy here. Thank you to our photographer Aida de Silva.  You can see more photos of 'The EX' on the CFC Media Lab's Facebook page or follow us on Twitter.

The Best of the 2016 Fantasia Film Festival