Fantasia is, in my opinion, the world's finest festival of cutting edge cinema. The 20th anniversary of this three-week-long cornucopia of deeply dark visions yielded a bountiful harvest of visceral and viscous offerings to discerning nutbars and gorehounds. Fantasia International Film Festival smacks you in the face with brilliance.

Here's a critical round-up of a few of the festival's entries that caught my eye. 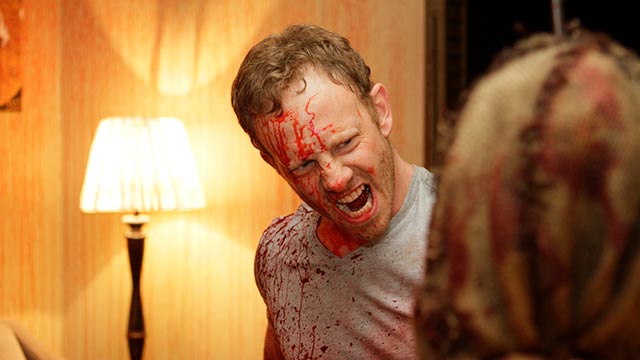 I was delighted to hear that my favourite mind-blower in Fantasia's Virtual Reality Genre series won the esteemed Samsung Virtual Reality Award for Best Film. It's especially cool that the prize was selected by members of the audience who streamed into the series.

The winning film in question is none other than Anthony C. Ferrante's Killer Deal, a stunning sample of virtual reality's joys, as well as its huge potential in both cinematic storytelling and gaming. Ferrante is the visionary madman behind the ultra-entertaining Grade-Z Sharknado movies, and he doesn't disappoint his fans. This is one short film I didn't want to end, and would have loved to see a feature-length version, preferably in VR, but I'd have settled for 3-D Blu-Ray.

In the film, a hunky salesman checks into his room at the host hotel for a convention of machete salesmen. He engages in hot sex with a babe-o-licious colleague until a deadly monster rears its ugly head. Luckily, a machete is available. Even more luckily (for the audience) our stud hero knows how to use it.

This entire picture is in VR. That means we're in the room with a 180-degree view. Some VR films deliver a 360-degree perspective, but believe me, this is plenty for this picture. Objects, people, monsters, machetes, body parts and, oh, the blood, glorious blood, are in the kind of proximity to our eyeballs that no traditional delivery format currently can deliver.

The writing in the picture is simple but effective, and Ferrante is a filmmaker with a delectably morbid sense of humour. The laughs are abundant and the film provides one of the greatest closing lines in the history of knee-slappers. Screams and guffaws are on the plate here in equal measure.

Nobody will ever mistake Ferrante's Sharknado pictures as "good" in any traditional sense of the word, but he is clearly a showman of a high order. Killer Deal suggests he's a master showman and I, for one, can’t wait for more from this P.T. Barnum of genre cinema. 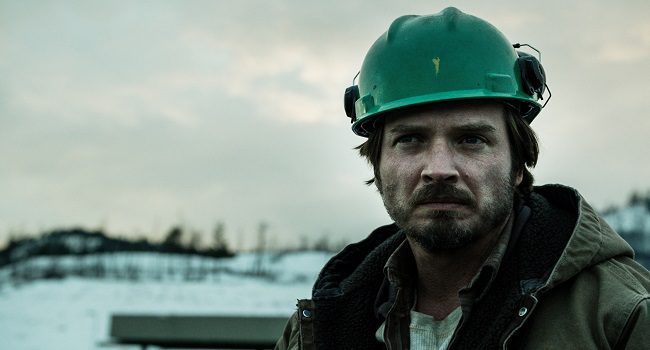 The first time I encountered the astonishing Australian-Canadian actor Aden Young was in the late, great Paul Cox's 1994 Tasmanian-set classic Exile. In that film, Young plays a man exiled for stealing a few sheep, which not only embodied his character, but did so in perfect tandem with the director’s trademark humanity. Young's performance in the film left me a shuddering mass of tears, as well as a kind of transcendent elation.

British Columbia-based Canadian writer-director Geoff Redknapp has chosen Young to star in his very odd, if not entirely successful, blend of thriller and family drama (with dollops of Cronenberg-like body-decimation horror). Young's performance binds the picture's disparate mélange of genre elements together. When he's on-screen, which thankfully is a lot, the picture transcends some of its more TV-movie-esque family drama elements.

Young plays Bob Langmore, a northern British Columbia laborer estranged from his wife and teenage daughter, Eva (Julia Sarah Stone). When she goes missing, he must re-assess his responsibilities as a man and father, as well as his ties to a criminal underworld. Adding insult to injury, Bob’s cursed - as is Eva. To reveal the nature of this curse, or rather, affliction, would spoil the picture, but it's worth mentioning that first-time feature director Redknapp is a highly acclaimed and sought-after special effects veteran. Use your imagination here until you see the film.

The film, in spite of its thriller/horror elements, is not especially thrilling, nor is it even scary. It is, however, occasionally creepy, and that’s always a good thing.

The picture works its magic best when it focuses on the working class/crime elements of the story as they impact the father-daughter relationship. Again, Young proves why he's one of the world's greatest actors - we can't take our eyes off the guy and he continues his Paul-Cox-enflamed ability to move us deeply. That said, he's given a run for his money by the compelling performance of Julia Sarah Stone as his daughter. The camera loves her and she's got definite star potential.

Redknapp’s picture feels like his screenplay, especially with the domestic issues, was been worked over one too many times by a few story “experts,” but he’s got the potential to go the distance. He might best take a cue from his British Columbia-based genre film colleagues, The Soska Twins. They seldom allow themselves to be compromised, but when they do, it's from real moneymen. 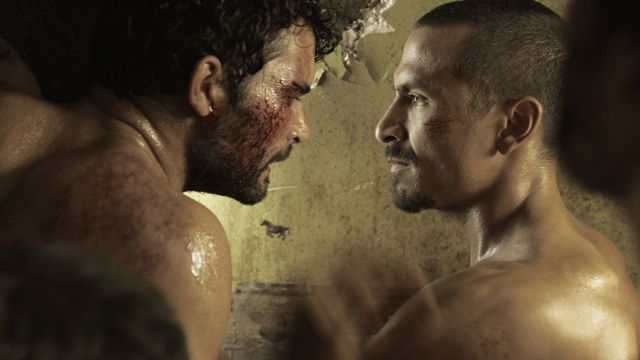 Canadian-born filmmaker Felipe Rodriguez and a top-tier ensemble cast deliver a riveting "horror" film rooted in the horrendous reality of an Arizona Drop House. Ruthless, organized criminals kidnap Latin American illegal immigrants who are tortured, raped and even murdered. The goal of the mobsters is to secure ransom money. Alas, many of those they kidnap are forced into begging for their lives to friends and family members who are hardly equipped to fork over cash and must, in turn, go into deep debt to rescue their loved ones.

The film focuses upon a basement full of victims, and Rodriguez directs his claustrophobic thriller with a blend of neo-realism and straight-up, nail-biting tension. That the stories are rooted in factual accounts is sickening enough, but the reality of the film's expertly-delivered mise-en-scene is what keeps our jaws agape.

What we experience in Kidnap Capital as mere viewers is happening to people each and everyday. Hats off to Rodriguez and team for making a movie that represents the exploited in a film, one that is not only exposing a terrible injustice, but does so with the highest levels of artistry. 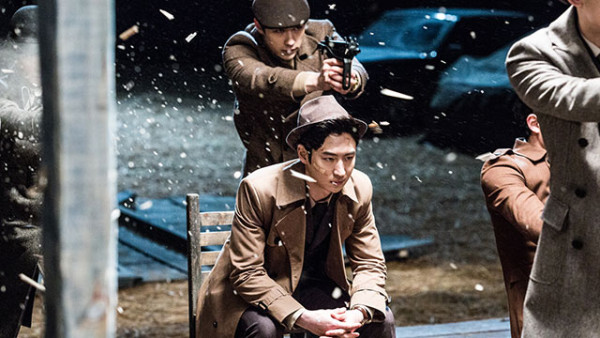 Steven Spielberg comes to South Korea and his name is writer-director Jo Sung-Hee. His sprawling epic film-noir-tinged crime fantasy had me eyeballing the screen from beginning to end. Telling the tale of a detective hell-bent on avenging the death of his mother with two amazingly cute children in tow (who happen to be the grandchildren of the man he wants to murder) sounds insanely compelling; trust me - it IS. Sung-Hee is not afraid to drench us in glorious sentiment with brilliantly directed gunfights and martial arts derring-do. It's a picture aimed at eliciting thrills, chills, laughs and tears. It succeeds with sheer, dazzling aplomb. 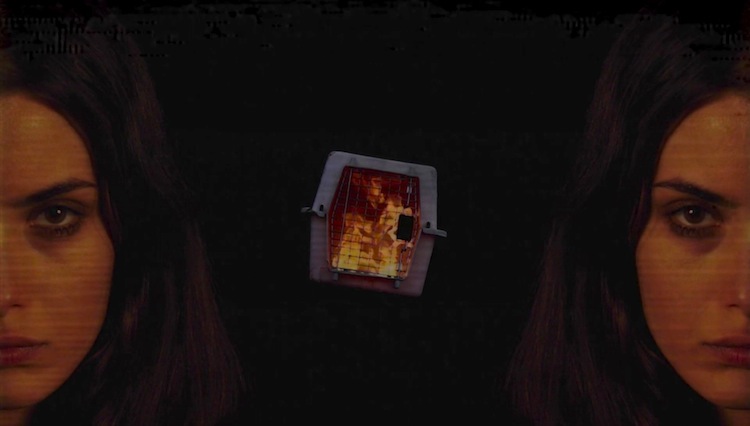 Michael Reich's first feature is endlessly dazzling, deliriously perverse and rapturously romantic. She's Allergic To Cats is exactly the kind of first feature that an original filmmaker should make. Though there is no official genre called "schlubs who get to successfully seduce babes," this film would definitely be leading the charge if there was. Think of a Woody Allen picture on acid through the lens of wonky, nutty 80s video art. It's a strange, funny romantic comedy about a filmmaker wannabe who moonlights as a dog groomer and falls in love with a gorgeous young woman (Sonja Kinski, Nastassja's daughter and Klaus's granddaughter) whilst clipping her dog's nails until they bleed. Enjoy!!!