MadLipz is an app that lets you replace the voice on any video clip with your own. It lets you create hilarious parodies by combining high-quality audio functionality and access to an extensive video clip library. Surpassing 200,000 downloads via Android and the Apple Store combined, MadLipz is quickly gaining a significant following worldwide.

We spoke to Shahed Doroudi, Amirali Afshar and Amir Alikhanzadeh to get the backstory behind MadLipz and learn more about their startup journey. 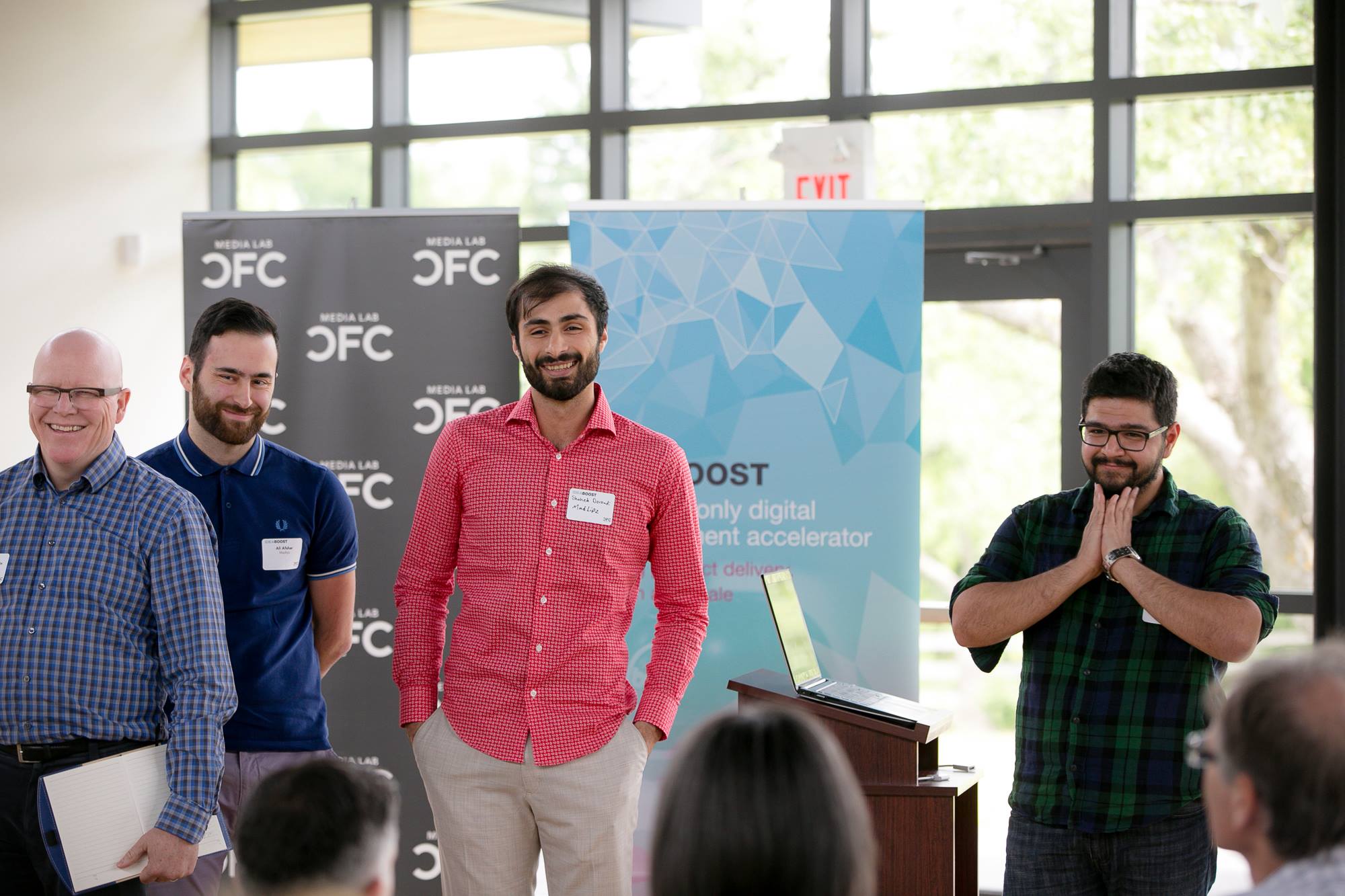 CFC Media Lab: What motivated you three to become entrepreneurs?

Shahed: We’ve been friends since our undergraduate days, studying Mechanical Engineering at the University of Toronto. By the end of our third year, we were excited about the potential autonomy of entrepreneurship and how we would make a great team in such an endeavour. Luckily, we all graduated around the same time following our Masters degrees and were able to follow through. Our engineering education and graduate research projects gave us the confidence to face challenges because we know we just have to break down the problem and solve it piece by piece.

CFC Media Lab: How did you come up with the idea for MadLipz?

Shahed: We were inspired by the emergence of entertainment and social media apps that enabled simple functionalities to have a profound effect on people’s ability to express themselves in new and interesting ways. Most entertainment apps available combine personal selfie videos with popular audio content or face filters. Although these apps are fun and remain popular, we also see a flip-side audience who are interested in self-expression through entertainment apps, but don’t necessarily want to put their faces out there. A voiceover app can be the platform for people to use their voices and wit in place of selfie videos.

All three of us come from a multicultural background and spent a good part of our childhood watching cartoons and movies that we didn’t fully understand. Dubbing cartoons and movies was an entertaining pastime that let us put context to the visuals. We knew just how much fun you could have with a voiceover sandbox and wanted to create an app that would enable this experience on people’s smartphones without a lot of fuss. We wanted there to be a sort of magic in taking a character’s dialog out and opening up all the possibilities. Up until MadLipz, voiceover content of this quality was limited to meme creators and people who ran comedy pages.

Amir: Just a few months after we came up with the idea of MadLipz, we started to look at it as a business and not just an app. We realized we needed help in becoming a media-tech company which is the essence of MadLipz. I set out to find a program that can help us shape a business.

We wanted to be part of a network whose operations were aligned with our fast-paced development, and also one that had partners who are knowledgeable in the field of entertainment. 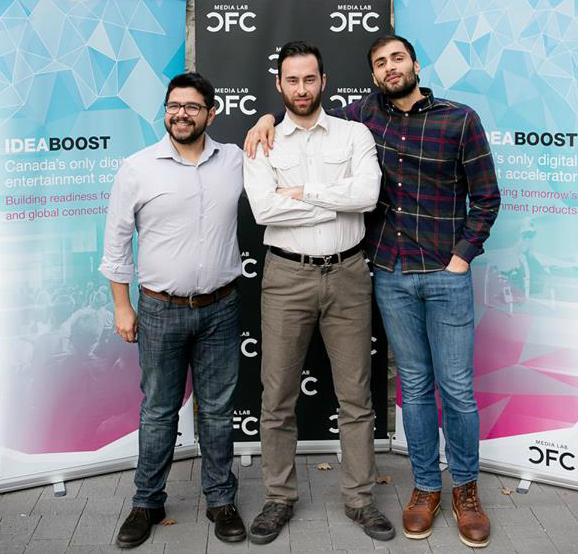 It was mentor Dominic Bortolussi who connected us with CFC Media Lab’s IDEABOOST. We decided to apply and be part of the IDEABOOST: Network Connect. After attending a couple of events and meeting more people in the IDEABOOST community, we were encouraged and applied for the Accelerator. We are pleased to be one of the six Cohort 5 companies to be selected from so many great startups.

It was intimidating at first. We are very new at being entrepreneurs and had our share of doubts, not only about the idea, but occasionally about our own abilities. Meeting with everyone at IDEABOOST made us realize that the program’s goal is genuinely sets up startups for success, guiding company growth and developing leaders for the future. We are in the right place for MadLipz’s growth and potential.

CFC Media Lab: What is the one thing you want audiences to know about your product?

Shahed: MadLipz is all about having fun creating instant voiceover parodies and sharing it with your family, friends and social network. Our users have helped us curate a great database of entertaining videos that’s growing daily.

CFC Media Lab: What is the biggest challenge you currently face or have faced in terms of development?

Amirali: Time management has been one of our biggest challenges. I have personally found it challenging to balance my time and responsibilities between development and entrepreneurship. Managing a successful startup is not only about having the right skills and tools for development. Entrepreneurial skills play a vital role in all startups, and becoming a successful and experienced entrepreneur takes time and determination. As we start to expand our MadLipz team and hire interns, time management and defining efficient workflows for our interns has become more challenging, but also rewarding.

Amir: Coming from an engineering background, we had little trouble planning out and realizing the ideas in our heads as real-life products. We needed to learn how to be a business that has a product, rather than the other way around. Noting the experiences of our former classmates and friends who had dipped their toes in the world of entrepreneurship, we quickly realized that we needed a philosophy of operation to live by. Ali had read a book on principles of a “Lean Start-up” and was always adamant that, for the stage of a company that we are, this is the only solution. 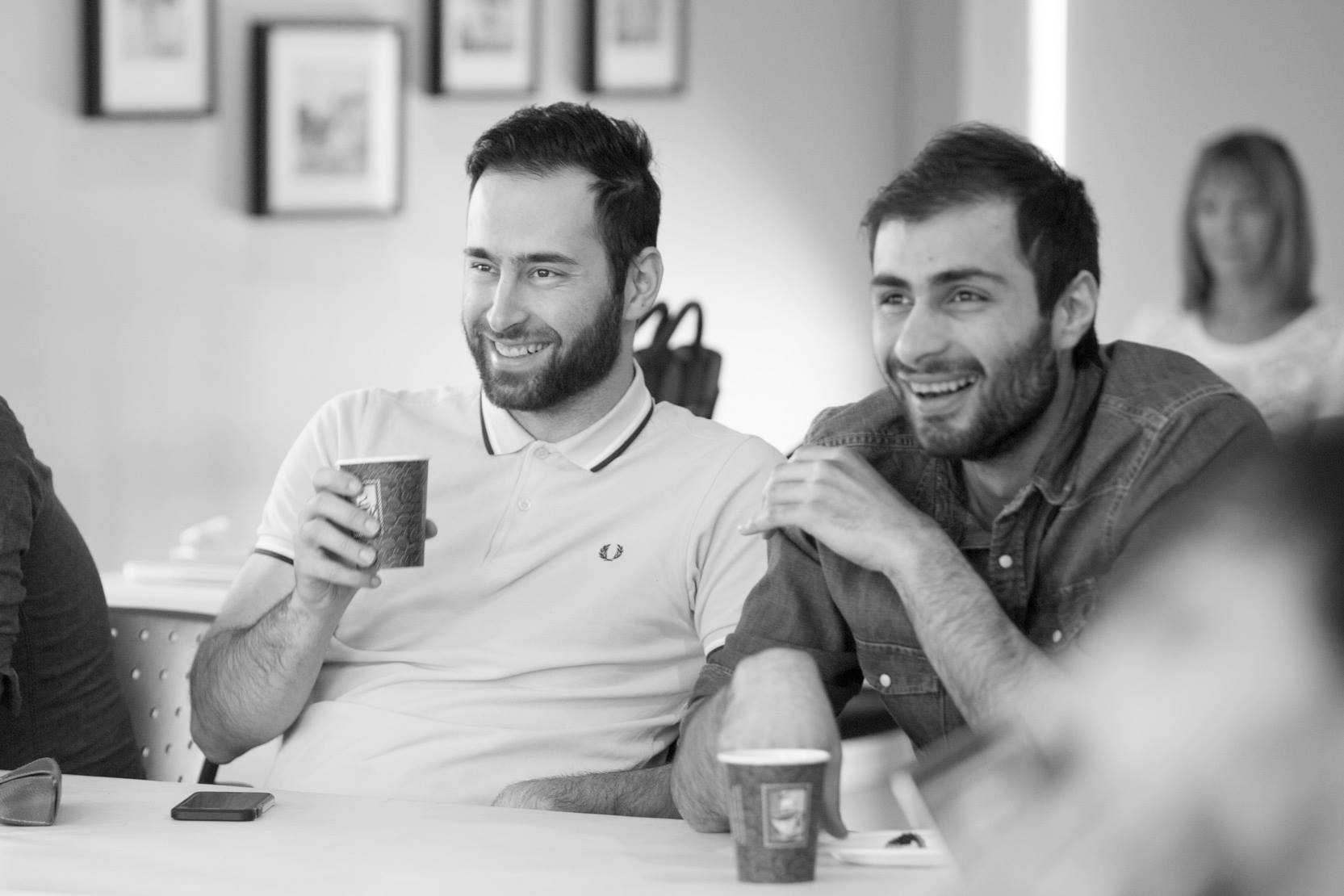 CFC: Media Lab: Can you tell us about any exciting partnerships?

Amir: The main focus of MadLipz has been fine-tuning our working app as well as user acquisition. We have spent the last year developing the core product and creating a user base for MadLipz and parody/voiceovers in general. Through the CFC, we have met social influencers and PR firms who have now seen a demo of the app and have an interest on integrating MadLipz in their social engagement campaigns. Keep your eyes and ears peeled for exciting developments.

We are benefiting from implemented our Global Accelerator Network (GAN) partnership perks through IDEABOOST, and are engaged with Localytics, a highly customizable analytics tool. Insights from our users has opened a lot of doors. We have also recently partnered up with Jumpwire Media, social network experts who help with our community management strategy, because we are active on multiple platforms - Facebook, Twitter, Instagram, SnapChat.

CFC Media Lab: What other projects do you have on the horizon?

Amirali: When we came up with the idea of MadLipz, we felt that self-expression through voice could be a fun and interesting way of communicating. After launching MadLipz on app store and experiencing our users’ interest in and desire for creating voiceover parodies, it was proved to us that millennials are constantly looking for new ways to use technology to creatively express themselves. We have also looked at different startups and we have seen that many of the success stories have come from those companies that are focused on one idea from nucleation to creation.

MadLipz now has an office in Downtown Toronto. We recently took over a co-working space in GIZMOLABS to host our growing team and clients. We are really looking forward to going to The Ex this weekend in Toronto and being part of the CNE INNOVATION Garage.