A Report from Startup Festival 2016 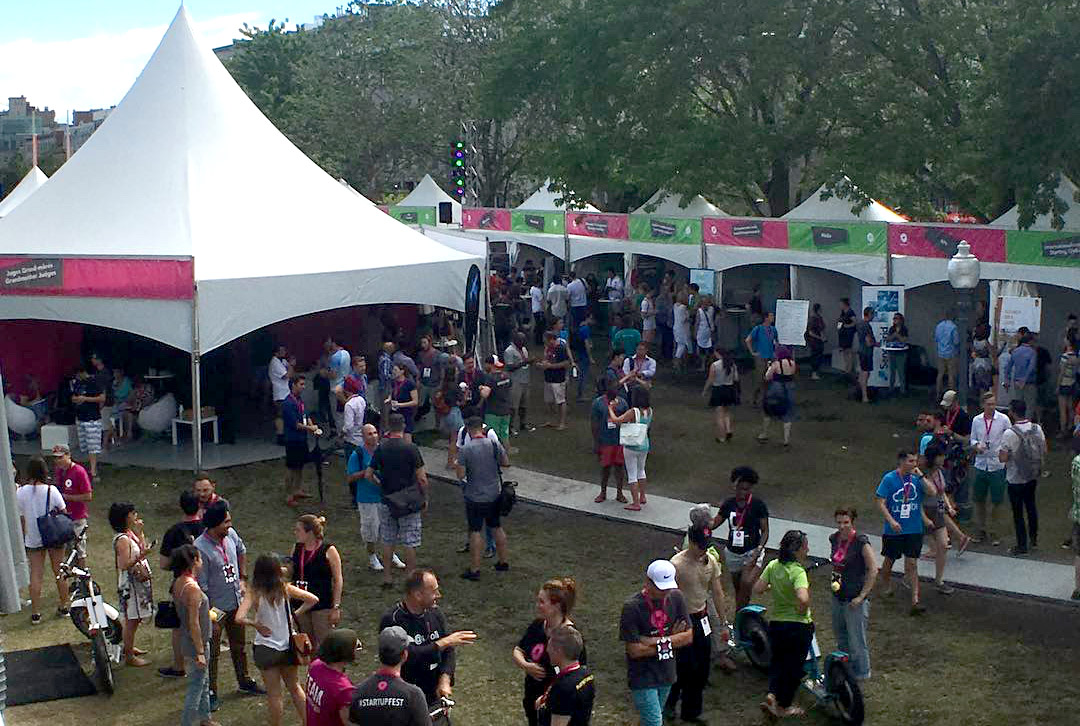 If the speakers and attendees at this year’s Montreal Startup Festival were anything to go by, 2016 just might be seen as the year that doing good surpassed making money as the primary entrepreneurial raison d’etre. Startup culture it seems, has become socially conscience. “Work on things that matter” was this year’s mantra, “tackle the big ideas, the big problems”. The world has no need, in other words, for yet another dating or delivery app.

Alongside this emphasis on altruism was an undercurrent of anxiety, not new in technology circles, that we as a species are increasingly threatened by the very machines that are driving the heady, disruptive change upon which our industry is based. More than one speaker repeated Elon Musk’s wry prognosis that the “best humans can hope for is that they will be treated like house cats by computers”, and the spectre of an AI-dominated future hung over the city’s festive old port area like the stink from a 19th century industrial cloud. 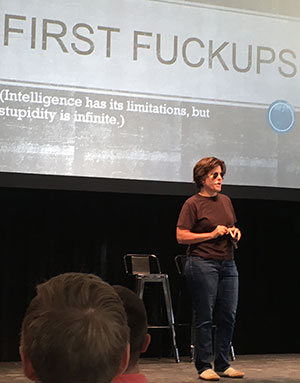 The truth, of course, depends on your perspective. Were the five foodtech startups vying for VC attention in Montreal solving the very real problem of food security, or were they, in Kara Swisher’s memorable words, simply providing “assisted living for millennials”? Are attention and civility in precipitous decline, as the Better Company’s Tom Williams had it, noting that the technological underpinnings of the Arab Spring also brought us Donald Trump, or, in the more sanguine view of industry veteran Tim O’Reilly, do we live in the wonderous glow of an “architecture of participation”, where we need only watch the alpha geeks to see how the world can be changed for the better?

If that wasn’t enough to keep one off balance, the intellectual breadth of the festival’s panel sessions was insanely wide. As technology continues to spread its tentacles across different industries, the subject matter of startup pitches becomes seriously cross-discipline. One minute you are learning how climate change is being fought with drone technology that spots methane leaks using infrared photons, the next you are in a discussion of how AI-driven deep learning neural nets are powering digital signage advances in the world’s urban centres. Generalists following the presentations were advised to keep Wikipedia close at hand.

Speaking of Artificial Intelligence, that sector is currently enjoying an unprecedented infusion of VC backed cash. The all-female panel in Montreal last Thursday were quick to caution that our AI future will not resemble the robot hordes in the Terminator films, contrary to popular perception. A better analogy, it was suggested, is light. Just as the development of artificial light did not replace the sun, but did allow us to explore whole new worlds that were previously inaccessible, so too will AI allow us to do things that were previously impossible, like detect cancer in its very early stages through a simple blood test.

But again, lest the bright shiny future be seen as too shiny or too bright, the digital advance guard were there to tamp down expectations. AI pioneers Melanie Warrick and Jana Eggers spoke of how we are “failing at personalization” due to the “tyranny of popularity”, fueled in part by technology’s “ sea of dudes problem,” where gender bias and homogeneity invade AI datasets thanks to the fact that those who feed those datasets are disproportionately white males, the makeup of the current panel notwithstanding.

No matter where you stand on the question, most panelists agreed that data is the new oil, a resource we’ll be happily exploiting for at least the next 100 years. And the importance of having a data analyst on your startup team, alongside the traditional hacker, hustler and designer, could be the difference between success and failure. 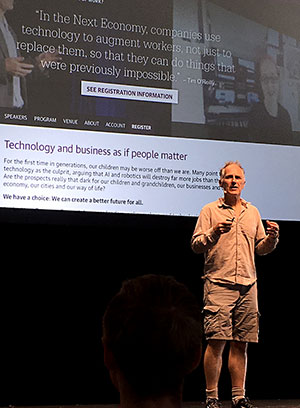 One person who is bullish on the AI driven, automated world of tomorrow is the aforementioned Tim O’Reilly, who pointed out that self-driving airplanes have been with us for decades, and have done nothing to make human pilots redundant. It would be a “failure of imagination to think that all we can do with AI is take away jobs.” And besides, he added, “climate change is going to save us from the jobless future.” His reasoning? We’re going to need all the brainpower plus all the computer power we can muster if we’re going to lick that little problem.

The other two hot tech sectors du jour are of course AR and VR, the former enjoying its moment in the sun thanks to the Pokémon Go phenomenon, which nearly every speaker felt obliged to reference in some way, no matter how oblique. Yelena Rachitsky, Mack Flavelle, and Hugh McGrory joined moderator Alistair Croll on the “Future Of” stage to discuss the possibilities and potential of these two nascent technologies, and while they mostly agreed that we’re still in the Pong era in terms of VR experiences, Flavell's observation that “being moved to tears while wearing a head mounted display would be kind of awkward” drew an appreciative chuckle from the crowd.

Refreshingly, the word from the VR camp is that “there are no experts” and that you need generalists, people who span disciplines, in order to succeed (take that, startup domain specialists!). And for best results, hire juniors, a piece of advice that resonated with the largely 20- and 30-something startup demo. And while the panel rejected the idea that we’re in a “VR winter” (“There is tons of great content out there” argued Flavelle) the group did share a sense of trepidation about the ways immersive tech will further diminish real world human-to-human social interaction, noting how the idea of spontaneously calling on a friend seems like an activity soon to be consigned to the history books.

If there was one speaker whose message stood out above all the others, it was Victoria native Tom Williams, who received a standing ovation for his passionate talk, during which he challenged and exhorted us to “do more” with the immense power that technology has handed us, invoking the arguments of media theorist Neil Postman repeatedly to buttress his thesis. Williams, one of the most active early stage investors in Canada who went to work for Apple at age 15, then agreed to meet with any and all startup founders in attendance to hear their pitches for improving the world. Inspiring stuff. 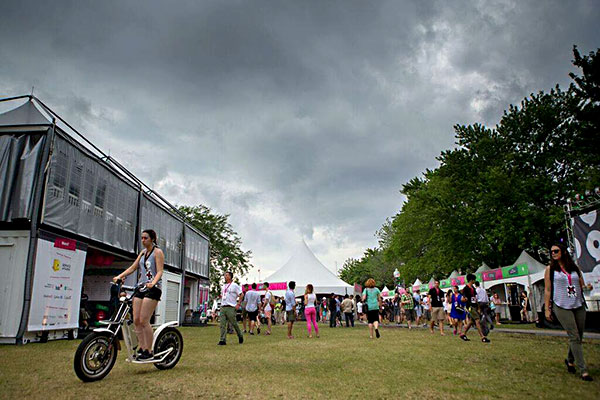 As the festival drew to a close on Friday afternoon, an actual tornado-level storm moved into the Montreal area, scattering conference goers and forcing the cancellation of one of the event’s planned highlights, a screening of the documentary We Live In Public, to be followed by a conversation between the film’s subject, Josh Harris, and the Sundance award winning filmmaker, Ondi Timoner. Given the somewhat equivocal, techno-ambivalent mood during the preceding three days, a screening of the film – which explores themes of surveillance, privacy and the impact technology on human relationships – would have made for an ideal capper to an already thought-provoking event. Speaking to a disappointed fan later that evening, Timoner, who is working on a six-part dramatic adaptation of the WLIP project, promised she’d return to Startup Fest to screen the film in 2017.

More than $200,000 in prize money was awarded this year, shared between three startups. More details on the  lucky winners here.

Congratulations to our grand prize winners @Flixel and @HelloMD_com! We even added a prize because we loved @YouCollabapp too much! 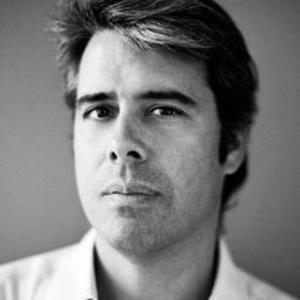