​David Wolfenden on Leading with Backbone and Heart


When you’re an early-stage IDEABOOST startup with just two or three founders, the idea of a corporate culture seems wholly irrelevant. You’re so busy getting on with what needs to be done, it’s easy to forget that the seeds of your future company's culture lie in the founders' developing interpersonal dynamics.

If one resolves differences with a "who-can-shout-loudest" approach, then before you know it, you’ve got a company of 20 or 30 people shouting at each other. Even healthier approaches to conflict resolution like data-driven decision-making may not scale, as new hires bring their own biases and blind spots to interpreting data -- assuming there even is relevant data to be had! 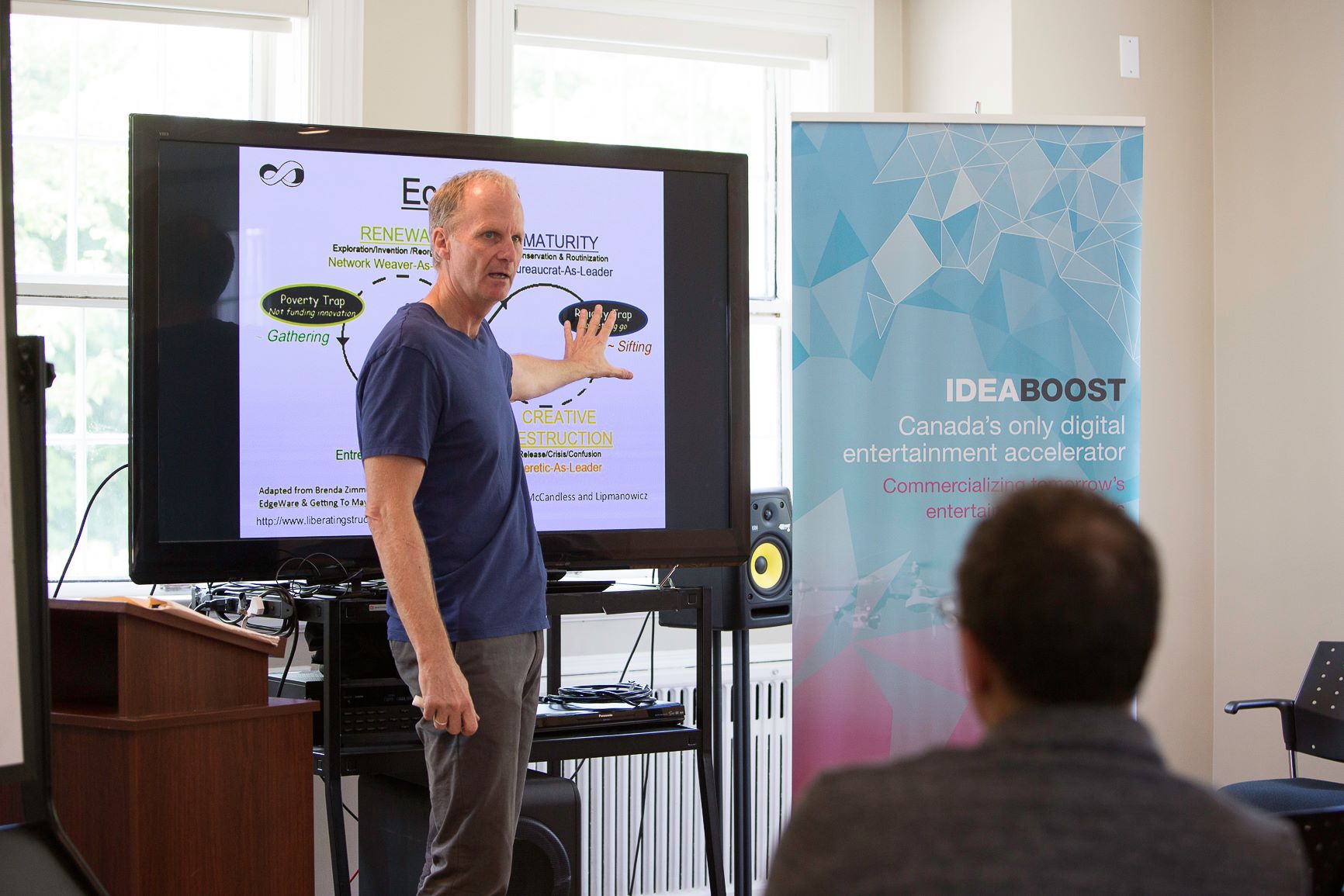 So what’s the solution?

According to David Wolfenden, former executive director of Outward Bound, the solution is to have productive conversations that build alignment -- no matter what. That may sound easy, but if you understand the nature of the problem, you’ll see why it’s not.

Alignment, which Wolfenden defines as “a single unit operating as a single organism focused on the same thing,” is neither stable nor always desirable. Too much alignment and you may be heading off a cliff together. Not enough alignment and you’ll be getting in each other’s way. In other words, alignment/misalignment is an ongoing, dynamic process.

In the face of such disagreement, conversations can go one of two ways. They can be unproductive, with everyone blaming, complaining and believing they’re right. Or they can be productive. 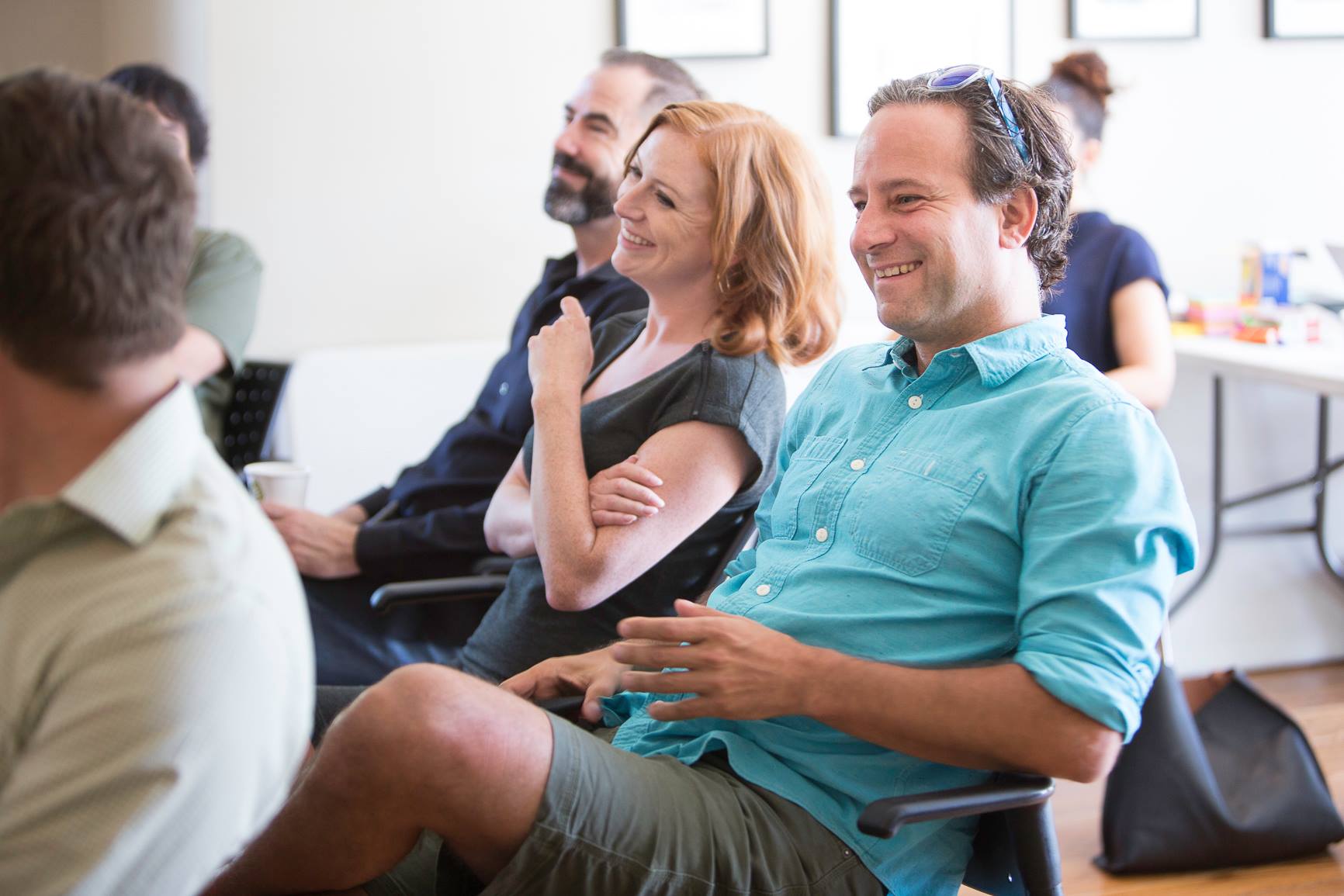 Having a productive conversation

According to Wolfenden, there are four types of productive conversation.

In contrast, when these conversations do happen, there’s clarity of purpose, high levels of engagement, lots of action and clear accountabilities.

And better decision-making. The leader no longer has to impose his or her decision on the team (unilateral decision-making), nor does the team have to figure it out on their own (consensus decision-making). Instead, decisions are made through a back-and-forth process of consultation that is not only leader-led, but also open to the feedback and input of others.

In other words, productive conversations allow the dynamic process of alignment/misalignment to avoid the extremes of over- and under-alignment.

And as a result, the company continues to grow, even when it’s having growing pains, says Wolfenden. 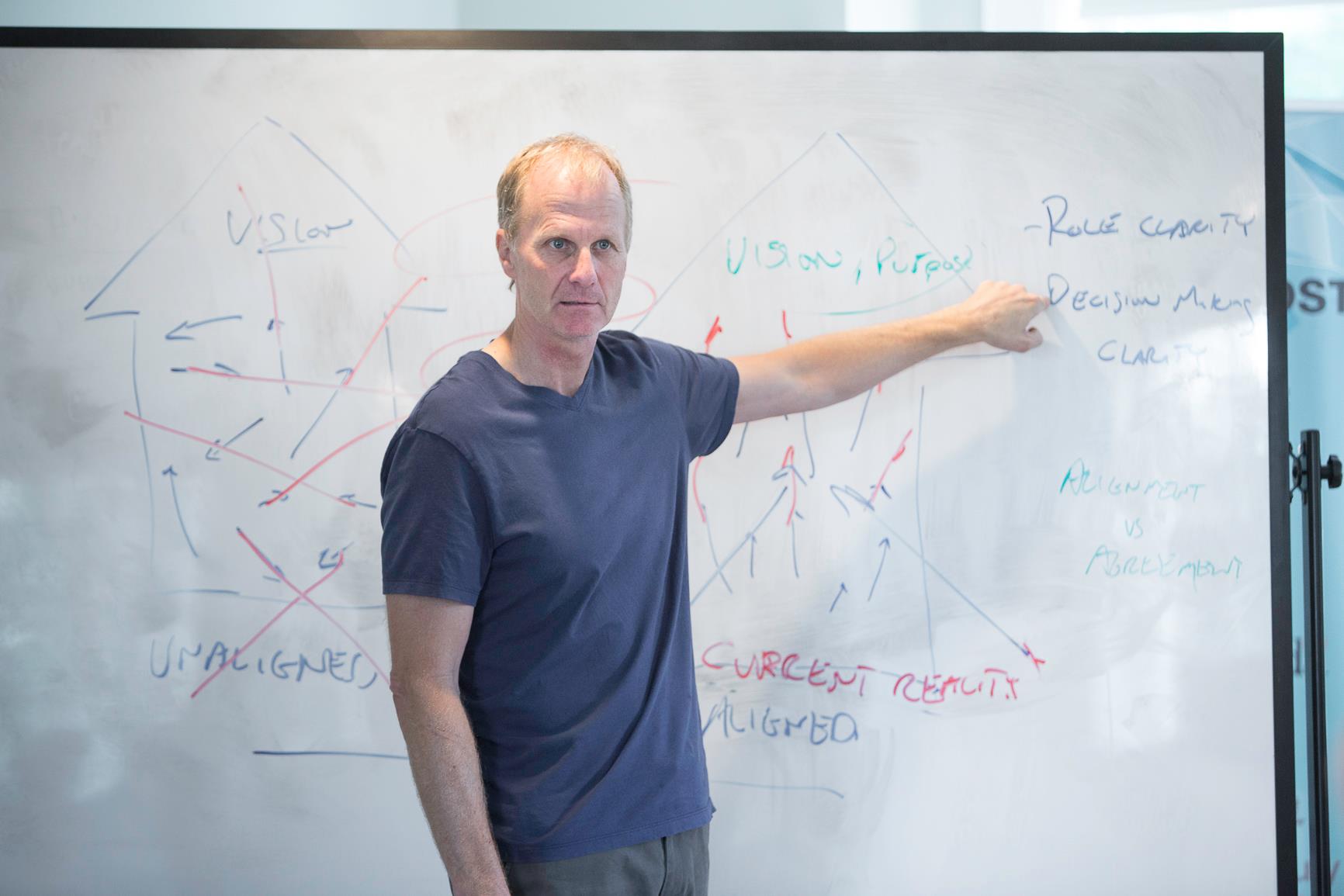 So it’s never too early to get started on building a company culture that works well, and one in which no one needs to shout. Learn more about the IDEABOOST startup community by visiting us online. Thank you to our photographer Aida da Silva. You can like and share photographs of  this past weekend on CFC Media Lab’s Facebook page.

We appreciate the contributions made by our funding partner Corus Entertainment. IDEABOOST is supported in part by the Federal Economic Development Agency for Southern Ontario.