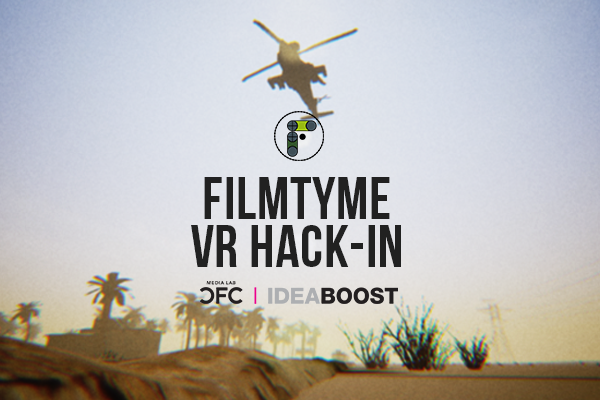 Ben Sainsbury and Anthony Baird, award-winning filmmakers and entrepreneurs, are co-founders of Filmtyme (an IDEABOOST Network Connect company). They will be taking their team to Montreal’s Hackerfest for a 24-hour VR Hack-in that kicks off on July 15, 2016.

VR enthusiasts, programmers, game developers, 3D modellers, environment artists and Maya animators are invited to contribute to the development of Filmtyme’s VR game Soldiers of Heaven (SOHVR), as well as a possible VR film. SOHVR is an immersive journalist experience that combines live action with 3D animation. Armed with a virtual camera, gamers can film their own version of a story and re-watch it later on YouTube.

“The mouse and keyboard don't cut it any more. We want to hack a virtual camera interface,” explained Sainsbury. After a mere 32 days, the entertainment platform Steam greenlit the original game – at a time when Sainsbury and Baird were finalists of the Best VR App for the 2015 Google Tango contest.

Currently, Filmtyme is working on accommodating the HTC Vive VR headset to fit the needs of SOHVR. They are also exploring the possibilities of room-scale VR. Filmtyme offers VR filmmakers an opportunity to step into their story world to get a 360 degree real-time perspective of the world they are creating. Already successful on Oculus platforms, Filmtyme is now trying to hack a precise, virtual camera that the filmmaker can use to shoot within the HTC Vive.

The hacker who makes the biggest contribution to the Filmtyme project will receive game credits, an invitation to demo with Filmtyme at CFC’s Annual BBQ (which is held during the Toronto International Film Festival), and an offer to join the Filmtyme team – not to mention bragging rights for being part of the world’s first in-game VR filming app.

Read on to learn more about Sainsbury and Baird:

What motivated you to become an entrepreneur?

Ben Sainsbury: It is in my blood. My dad and grandfather were entrepreneurs. I learned how to overcome adversity from them, and from our experiences within the family business.

Anthony Baird: I am not an entrepreneur, not a pure entrepreneur like Ben is. I am more of a person with "entrepreneurial tendencies," and that is why we are a good team. He definitely has that DNA in him. I am more focused on the creation side; that is what drives me. I love the process, building something new and doing something that breaks new ground. Film is the common ground between us. We have the same business moral values, which is essential, but Ben is the entrepreneur.

How did you come up with the idea for your startup?

Ben: I come from a traditional filmmaking background (I started by hand-processing my own 16mm and super 8mm film back in the day). I was hooked on VR the first time I tried it, back in 2012. Whenever I put a VR headset on and walked around a 3D environment, I would crave a video camera to capture all the cool stuff I was seeing. It’s like stepping into a dream and wanting to record your journey.

Anthony: Ben introduced me to it, it being VR. As soon we started to chat about this idea of filmmaking in VR space, I was instantly excited about the possibilities of transferring my first love of moviemaking to this new space. See our trailer:

What prompted you to apply for CFC Media Lab’s IDEABOOST Network Connect Program?

Ben: I have always thought of the CFC in the same light as Sundance. The type of place where once you are in... you have arrived. So far, my experience of being in IDEABOOST has not let me down.

Anthony: Through the years of working in the film industry in Montreal and Toronto, I have worked on many CFC films as a technician. Many of my very close peers and friends have participated in the producer, director and editor programs at the CFC. When Ben told me about CFC Media Lab and IDEABOOST, it was something that Filmtyme needed to be part of, because of the long and consistent track record of the CFC.

What is the one thing you want audiences to know about Filmtyme?

Ben: Filmtyme turns your controllers into a camera that feels like a DSLR camera. You naturally start pointing and shooting to capture what you see and then you can share these moments with others on YouTube. This is very different than having to create 3D content by manipulating 3D objects with a mouse and keyboard within a flat screen. I put my five year-old daughter in the Google Tiltbrush VR experience and handed her the HTC Vive controllers. She immediately started to paint a 3D scene. We are going for that ease of use – except it’s a camera instead of a paintbrush.

Anthony: Filmtyme is a creation tool, a learning tool, and a tool for people to participate in and interactively make movies with.

What’s the biggest challenge you currently face or have faced in terms of development?

Ben: Funding, when you are pre-revenue, is always a challenge. VR is new, so there is a lot of “evangelizing”-type selling. For development, keeping up with the VR hardware and software is a challenge. We were on the Oculus DEV KIT 2, which is now obsolete even though we bought it less than a year ago.

Anthony: Funding is the main one. Developing a startup in the VR space is a marathon, not a race.

What is the most important thing you’ve learned since starting your company?

Ben: Sticking with your gut is the most important thing I've learned.

Anthony: Not getting locked into an idea to the point that you aren't ready to pivot and shift to achieve the same goal. I don't think we would have found opportunities with partners like IDEABOOST if we closed ourselves off and just focused on making the best VR level of our original idea.

Can you tell us about any exciting partnerships?

Ben: Unreal and HTC Vive have been awesome – they sent us a free HTC Vive dev kit after seeing a demo video. We spent six months at the Google co-working space in Kitchener last year, as we were part of the Google for Entrepreneurs program. That gave us access to Google engineers to work with, and we got a free Google Tango device and Dive VR headset to hack on. Valve has been awesome. We got greenlit on Steam and are going to launch on Steam Early Access.

What other projects do you have on the horizon?

Ben: We are working on a few VR content projects that involve use of the Filmtyme cameras. In one of them, you are a combat journalist filming the action on the front lines and in another, you use the camera tools as part of a stunt team shooting a Fast and Furious-type film. We are also incredibly excited about what may develop from the Hackerfest VR Hack-in.

Tools are built on Unreal 4.12 (free to download) using Blueprints
Get your tickets here for only $15.00 (breakfast is included the morning of July 16)
Questions? E-mail Ben directly: Ben@filmtyme.com 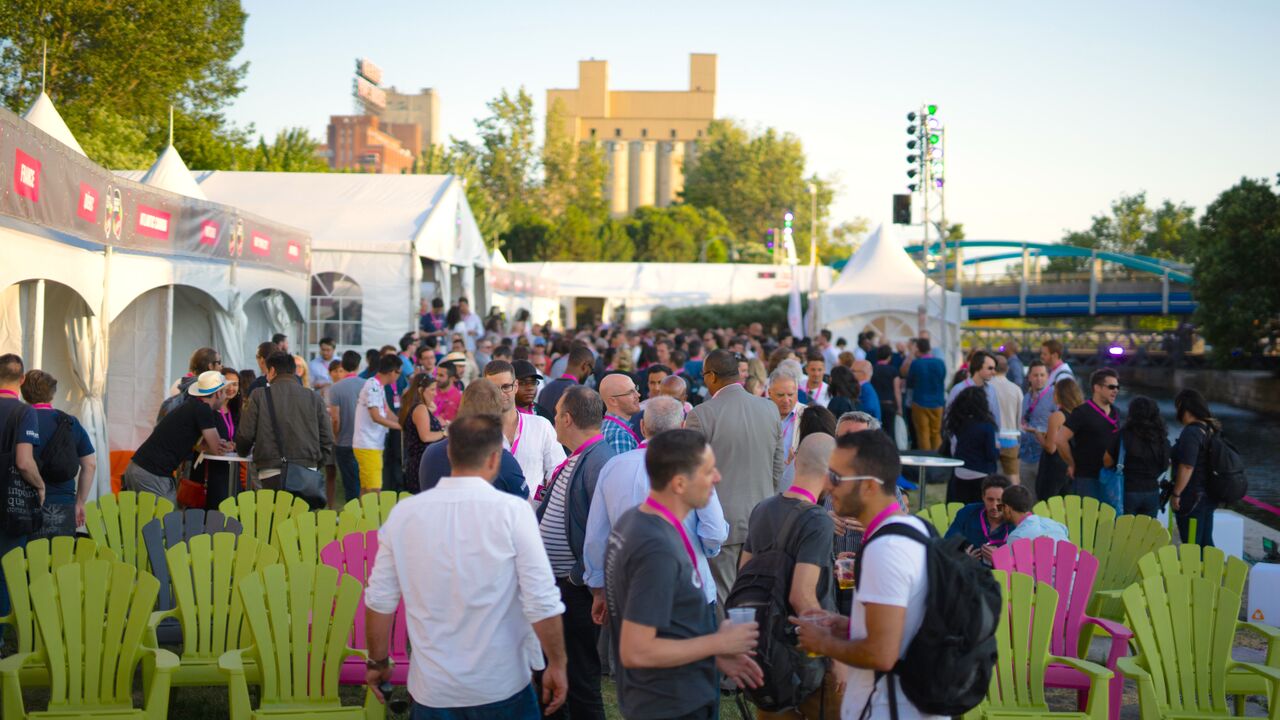 Photo Courtesy HackerFest: Hackerfest is a 24-hour, outdoor, multi-topic, innovation marathon for developers, designers, inventors and all-around creators. Hack from a hammock on the Montreal waterfront this summer.

IDEABOOST supports innovative companies whose success will produce jobs and contribute to Canada’s place in the global media industry for generations to come. Interested in learning more about our Network Connect community? Visit www.ideaboost.ca

Thank you to IDEABOOST’s founding partner Corus Entertainment. IDEABOOST is funded in part by the Federal Economic Development Agency for Southern Ontario.

Jack Zhang on Using AI for His Film Impossible Things