One Enchanted Evening at the CFC’s 2016 Annual Garden Party 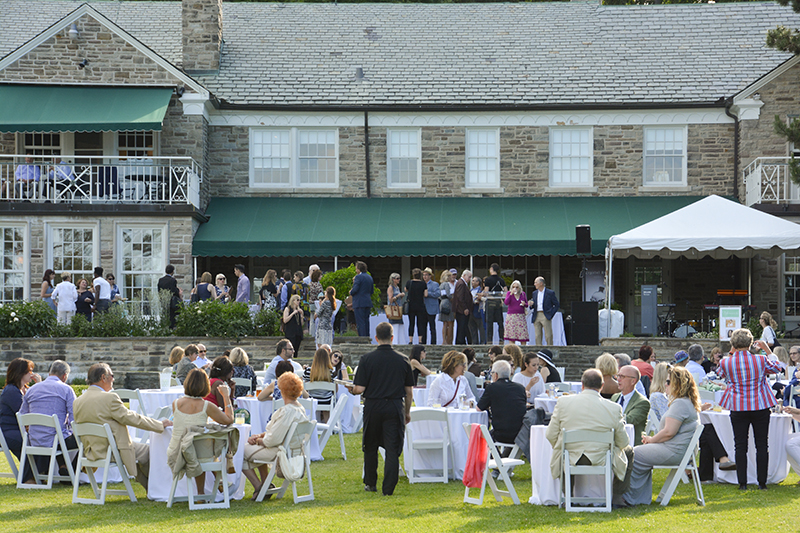 More than 200 special guests, comprised of CFC’s Circle of Supporters, select sponsors and donors, prominent members of the screen-based entertainment industry and Canadian acting talent, helped us usher in summer properly on Wednesday, June 22, 2016 at our 28th Annual Garden Party. The event affords us the opportunity to honour and celebrate our Circle of Supporters, a group of philanthropic individual donors whose contributions to the CFC enable us to invest in and inspire the next generation of world-class Canadian content creators and entrepreneurs in the screen-based entertainment industry. 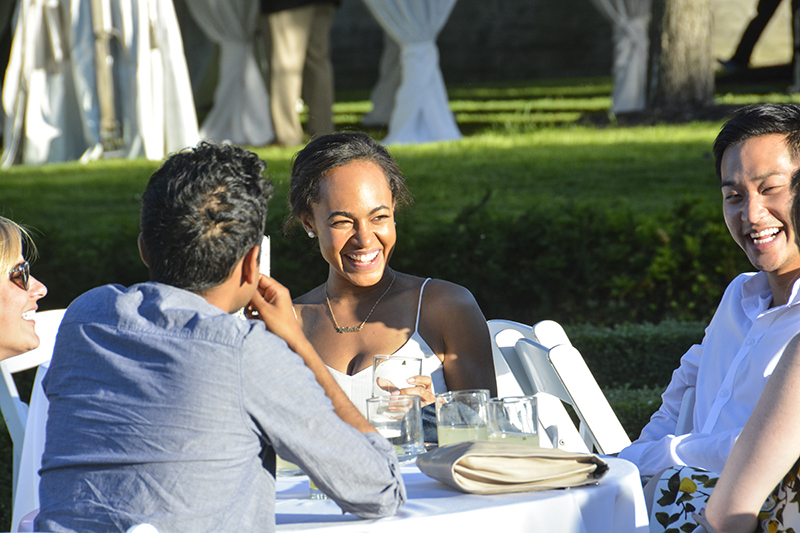 Guests arrived early on the temperate, bright evening to sample a variety of delicious hors d'oeuvres, wine, beer and gorgeous signature cocktails, all provided by our generous food and beverage sponsors. Our Founder and Chair Emeritus Norman Jewison started the Garden Party in 1988 to thank the CFC’s earliest supporters, originally known as “The Second Monday Reel Club.” Over time, the gathering evolved into an annual soiree, one that celebrates how much our new and longstanding members of the Circle of Supporters remain indispensable to the CFC’s ongoing, and indeed, expanding work. 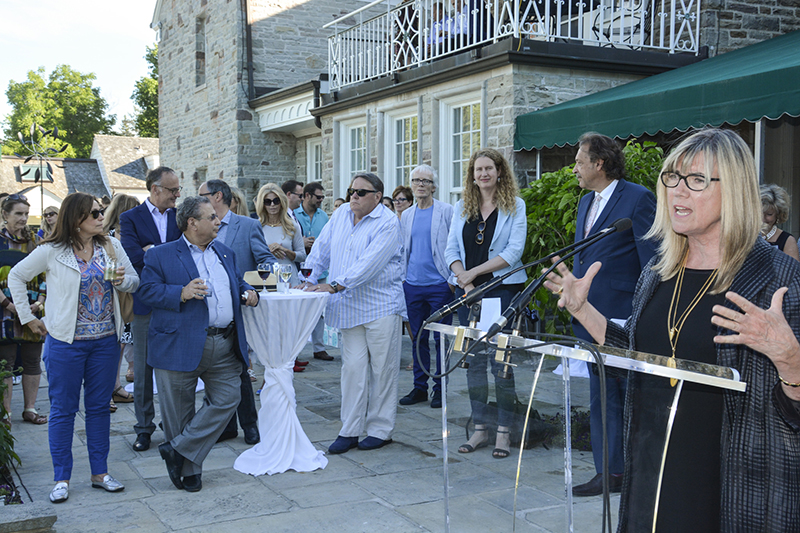 Christina Jennings, CFC Board Chair and Chairman & CEO of Shaftesbury

As the late afternoon sunlight spread across the spacious gardens and grounds of Windfields Estate, our emcee Christina Jennings, CFC Board Chair and Chairman & CEO of Shaftesbury, thanked the Circle of Supporters in attendance, whose dollars directly benefit the CFC’s actors, filmmakers, TV creators, musicians and digital media entrepreneurs.

She then invited the CFC’s CEO Slawko Klymkiw to welcome everyone to the Garden Party. He echoed Jennings’ sentiments, extending on behalf of the CFC his thanks to the assembled members of the local municipal, provincial and federal government in attendance for their engagement and partnerships with us, and their continued support of and belief in the CFC’s talent, programs and initiatives. 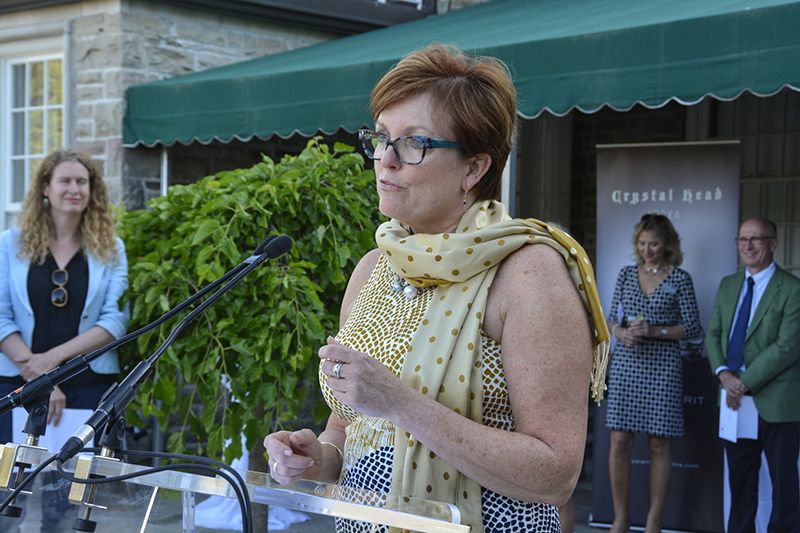 Next, the Honourable Eleanor McMahon stepped up to the podium, celebrating Norman Jewison’s guiding presence in both the Canadian film industry and at the CFC, as well as the CFC’s specific role in “championing Ontario and Canada’s dynamic film industry.” She encouraged us to acknowledge our presence on the traditional lands of the Mississauga and New Credit, and then described the valuable work by the CFC and its Circle of Supporters, which has contributed to making Ontario the third largest film and television jurisdiction in North America – work that we, like Minister McMahon, are enormously proud to be a part of and foster. 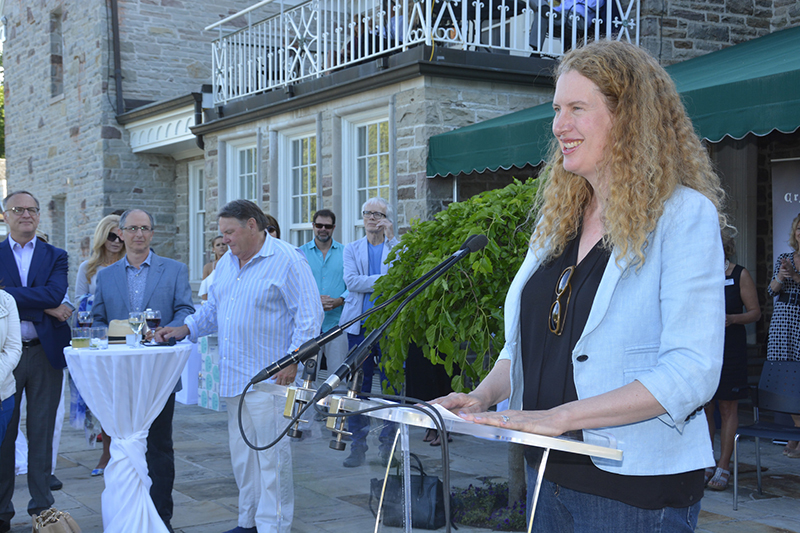 Following the Minister’s welcome, Klymkiw made two exciting announcements. First, the CBC has become the new title sponsor of our Actors Conservatory. This highly touted program for strengthening performers’ professional skill set for screen acting will now be known as the CBC Actors Conservatory. Tara Ellis, Executive Director of Scripted Content, CBC Television noted that the CBC was “incredibly pleased to support this highly successful program.” This partnership, she added, was a “natural fit for our two organizations,” given how we share a “longstanding commitment to supporting talent, both onscreen and offscreen, and to ensuring that Canada’s own stories are represented.” We look forward to working with the CBC to generate exciting, professional Canadian onscreen acting talent – a “Canadian star system,” as Klymkiw noted, one that reflects the country’s rich diversity and will “shine brighter both here and abroad.” 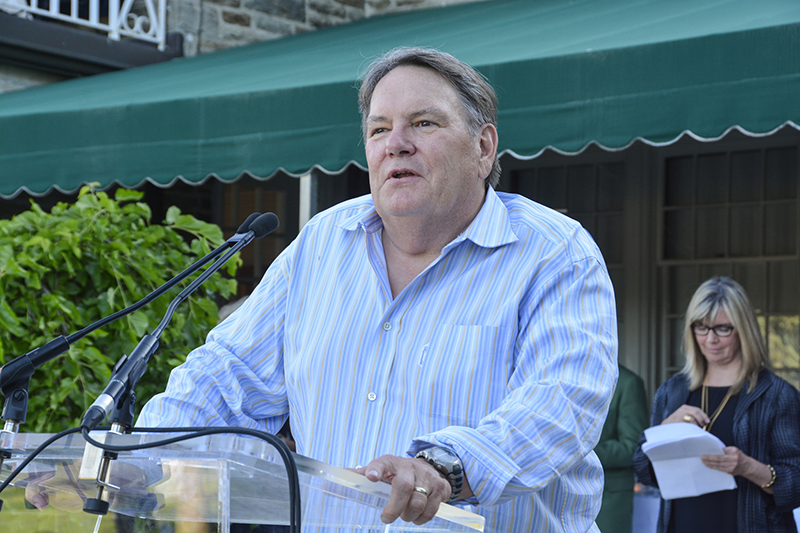 Our second announcement was just as exciting – Academy Award-winning film and television producer Don Carmody will be the inaugural Producer Chair of the CFC’s Film Programs. Carmody has been a long-time friend and philanthropic supporter of the CFC, including as a mentor and guest of the Cineplex Entertainment Film Program, as a member of the CFC Features advisory and selection committee, and most recently, as one who lent his expertise to the CFC Features-supported production 22 Chaser. Having him at the helm, one who has supported the Canadian film and television industry for decades, will be a significant boon to not only the CFC, but new generations of Canadian filmmaking talent to come.

Carmody humbly joked that he “wasn’t quite sure they had the right guy” when he first received the news from the CFC of the position, but “looked forward to giving it a shot.” As Klymkiw noted in his introduction, we know that Carmody, one of Canada’s most esteemed and prolific film and television producers, will do much better than simply “give it a shot”; we could not be more thrilled to have him on board.

Our final guest at the podium was CFC’s longtime friend and Executive Director of the Ontario Arts Foundation Alan Walker. Walker noted that both the CFC’s “robust partnerships” and assembled private supporters have considerably grown the endowment that supports CFC scholarships for emerging filmmakers, producers and directors – “a marvelous result.” He then extended a $19,000 cheque from the Ontario Arts Foundation to the CFC to continue this work. 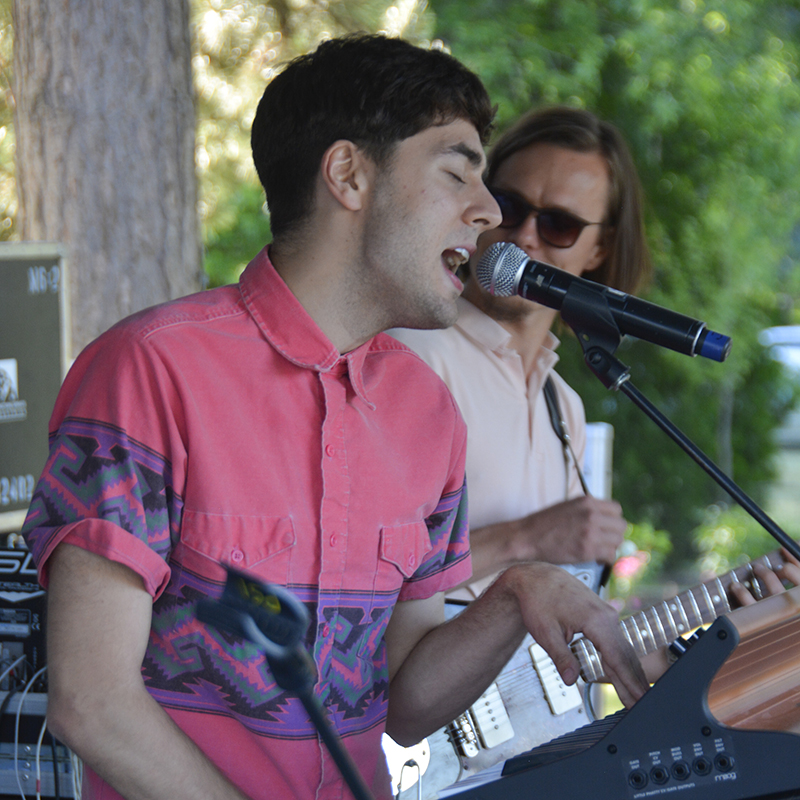 With the close of these remarks, Jennings named our two musical performers of the evening. First, Slaight Music resident Casey Manierka-Quaile, followed by Kayla Diamond, courtesy of Slaight Music, took to the stage as the sun dipped behind the roof of the Main House. Guests lingered to enjoy an extensive spread of delights at the Northern Dancer Pavilion under the early evening’s magic hour light.

This entire evening could not have occurred without our wonderful sponsors. We want to extend our sincere thanks to our Circle of Supporters Screening Event Partners, Entertainment One and VVS Films, and our Official Media Sponsor, Toronto Life. Our guests would no doubt join us in thanking this year’s food and beverage sponsors for providing such delectable fare as that which we enjoyed from à la Carte Kitchen Inc., Crystal Head Vodka, Flow Water, Gelato Fresco, Holts Café, Holy Cannoli, Kaiseki Yu-zen Hashimoto, Magnotta Wine, Mill St. and Pizzaville.

Most of all, we wish to thank our dedicated Circle of Supporters. You continue to nurture and grow the CFC, which benefits all of us in creating a new generation of Canadian talent that will shine both here and abroad, for generations to come. We hope everyone enjoyed the evening, and invite you to relive the lovely soiree by checking out our photo gallery HERE. 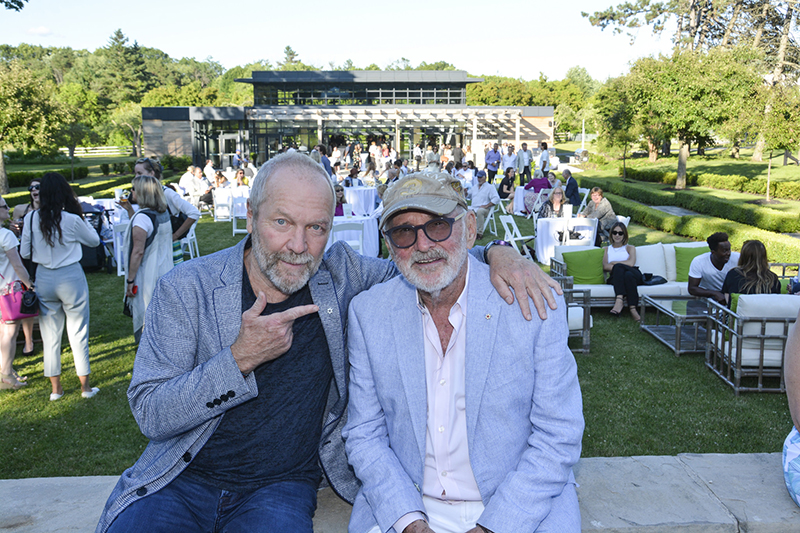