The filmmakers behind the 2016 Short Dramatic Films

The SDF program is one of CFC’s longest-running programs and one that has launched exciting, original voices and concepts into the international marketplace, produced high-quality productions, and built long-lasting relationships and partnerships. As Kathryn Emslie, CFC’s Chief Programs Officer, pointed out on stage at Tuesday’s showcase, “The CFC’s short film program has offered many of our filmmakers the chance to explore the form, to establish their voice and unique perspective on the world, to showcase their professional skills, and for many, it has been the perfect forum to test out creative partnerships.”

Emslie added, “The short film program isn’t just about the short films that you see at the end of the day, it’s also about the process and the relationships built along the way.” 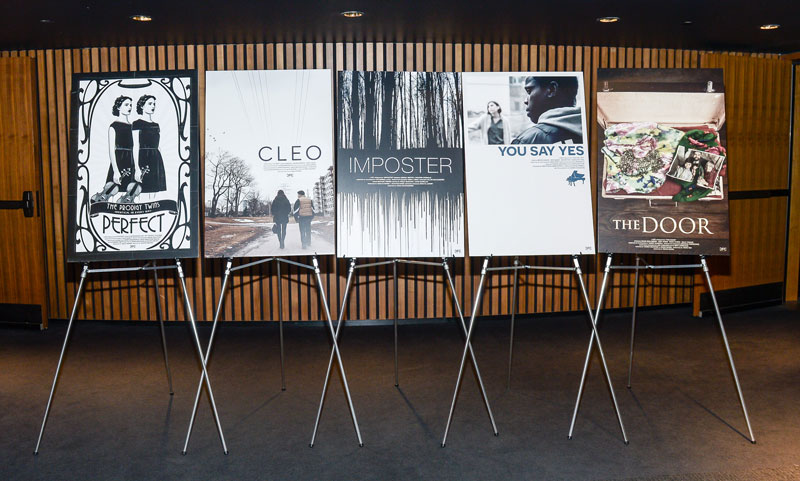 The posters for the 2016 Short Dramatic Films

This year’s filmmakers created five outstanding short films that we trust you’ll see in the coming year(s) making their way through the festival circuit. Here’s a look at CFC’s 2016 short dramatic films:

In CLEO, leading character “Cleo” discovers an unexpected connection as she ventures outside her comfort zone into a part of town she has never experienced before. Filmmakers behind this short include director and writer Sanja Zivkovic, producer Laura Nordin, co-producer Emily Andrews, editor Chris Mutton, as well as original music by Slaight Family Music Lab residents Armen Bazarian and Casey Manierka-Quaile, and songs by Canadian artist John River.

In PERFECT, when one identical twin sister seeks to carve out her own unique identity, she is met with violent resistance from her tyrannical mother and twin sister who want to return to the status quo. The film, which features striking black and white imagery without any dialogue, is directed by Olivier Sabino, written by Kaveh Mohebbi and Olivier Sabino, produced by Sally Karam, edited by Simone Smith, and features an original soundtrack by Slaight Music residents Armen Bazarian and Casey Manierka-Quaile.

THE DOOR, from director Reem Morsi, writers Kaveh Mohebbi and Reem Morsi, producer Heidi Tan and editor Ben Lawrence, follows a Syrian refugee family who is forcefully confronted with grief as they attempt to face an overwhelming loss in unexpected ways. THE DOOR, which is in Arabic with English subtitles, features original music by Slaight Music resident Ava Kibalian.

In YOU SAY YES, two oblivious movers find a less than warm welcome when they are hired to evict a resident from a women’s shelter. The film is directed and written by Arran Shearing, produced by Joe Kitson and Marc Petey, co-produced by Nicole Powell, and edited by Chris Mutton.

We all know that it’s no easy feat to create a production, no matter how short or long – it really does take a village. With that in mind, we want to thank all of the parties that helped support this year’s films and showcase.

Thank you to our showcase hosts Cineplex Entertainment, the Government of Ontario, Corus Entertainment and Cast & Crew Entertainment Services Canada for helping make the 2016 Short Dramatic Film Showcase possible. Erin Burke, CFC’s Executive in Charge of Production and Post, extended CFC’s gratitude to our production and post partners, sponsors and suppliers, old and new, for their generosity and involvement in our short dramatic films. 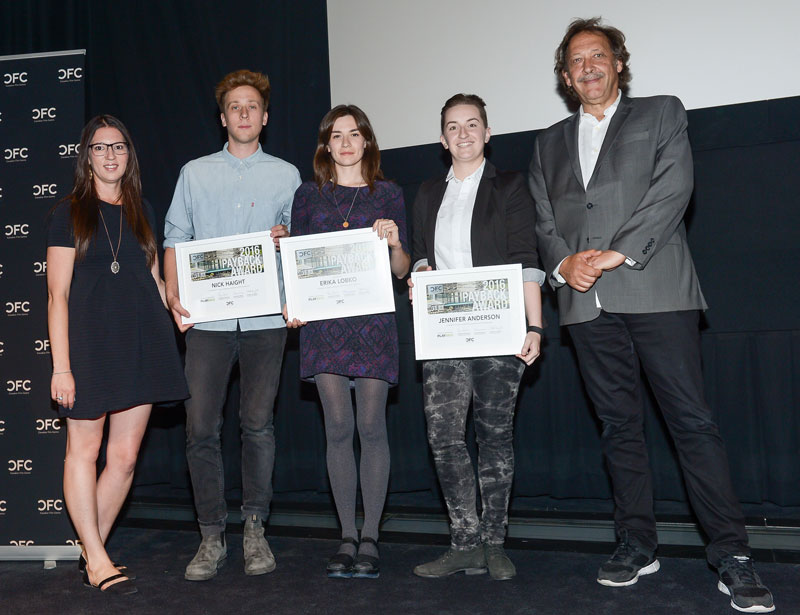 Another huge reason we are able to create these short films year after year is because of the incredible production volunteers who donate their time, energy and expertise to these films. Each year, the CFC spotlights some of our outstanding volunteers by presenting them with special awards, called The Payback Awards. These awards were established more than 20 years ago, and have been sponsored by Playback for the past 16 years. Playback’s Associate Publisher, Lisa Faktor, along with CFC’s CEO Slawko Klymkiw, presented the awards to DOP Nick Haight, production designer Erika Lobko and production assistant Jennifer Anderson for their commitment to this year’s SDFs.

Stay tuned for updates about these short films and information on how and where you can see them in the coming months.