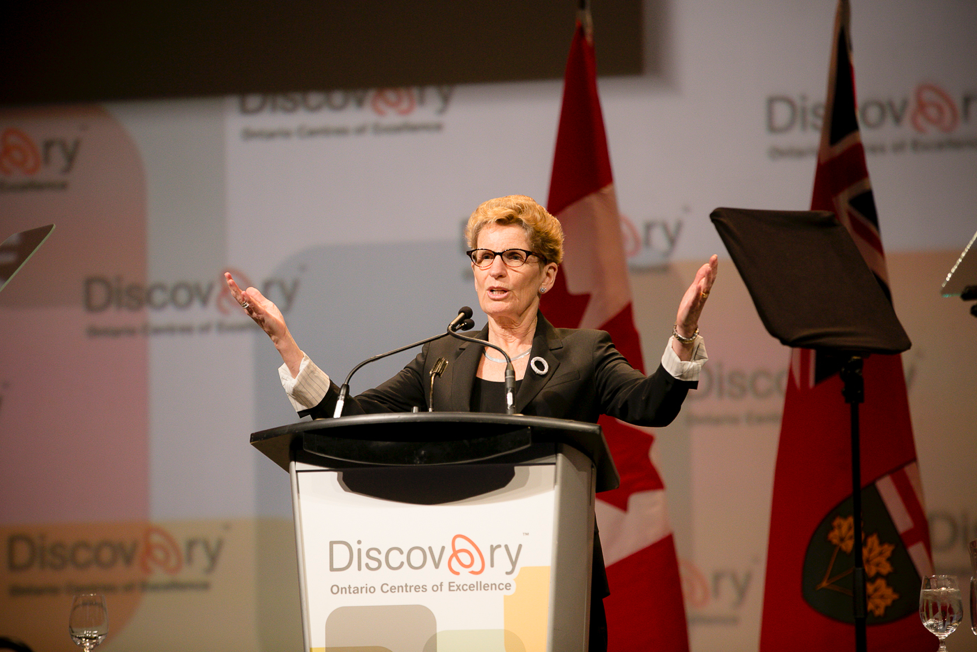 Driving change was a key theme in Premier Kathleen Wynne's keynote speech at the 2016 edition of Ontario Centres of Excellence (OCE) Discovery, which took place on May 9 and 10, 2016 in Toronto. “Innovation is not simply the creation of new products, services or processes, but using them to drive change,” said Premier Wynne to a crowd that included JB Straubel, co-founder and CTO of Tesla Motors, and motivational speaker, Spencer West.

Held at the Metro Toronto Convention Centre, CFC Media Lab was onsite to bring the best of the next generation of entrepreneurs, those currently creating a whole range of new products and services in the entertainment industry, including VR, to this important innovation conference. PinchVR, Zeitdice, Mobio Interactive and Filmtyme – all IDEABOOST affiliated companies –  entertained with their immersive product demonstrations at the Digital Media & Information & Communications Technologies (ICT) area. 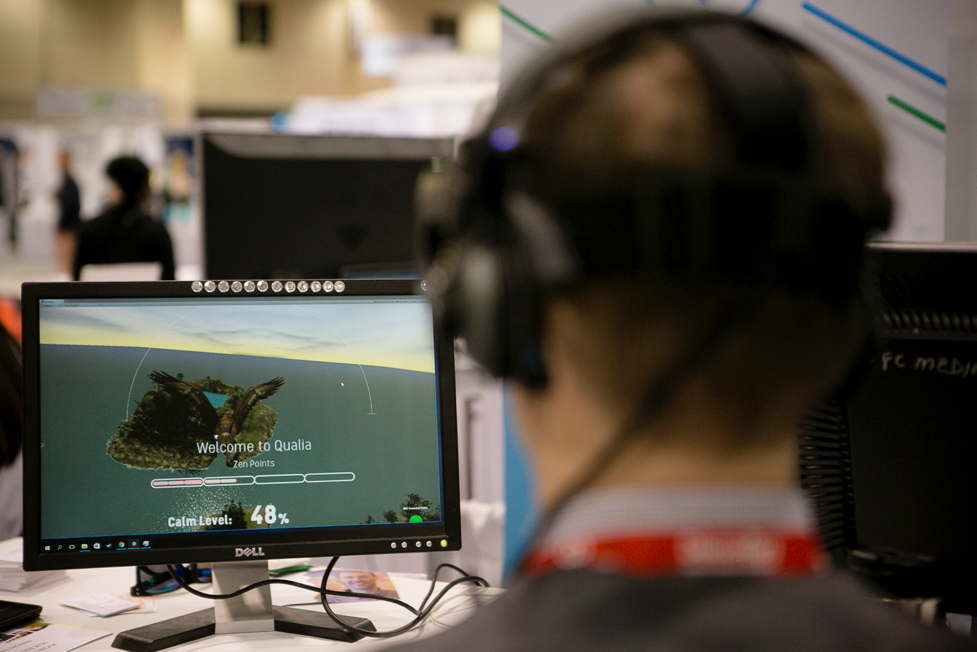 Mobio Interactive showcased the Qualia: Zen Eagle experience, a CFC Media Lab co-production, which explores flight as an eagle and regeneration through mindfulness using an EEG headband for biofeedback within the VR stimulated environment. Their VR experience was featured on CHCH’s evening news, where Gadgets & Gear of the Future host Phil Perkins reported that “flying a virtual reality eagle is pretty awesome.” Watch the full interview here.

Enjoy the Discovery 16 Video below:

Is our IDEABOOST startup support community for you? Check us out today and apply online to IDEABOOST Network Connect.