Our mission at the CFC is to inspire the next generation of Canadian storytellers and content creators in the screen entertainment industry. So when we learned about Kick Start Arts’ exciting and innovative projects that aim to use the arts to empower students, youth and adults to express themselves through the creative process, it seemed like a natural fit to get involved. 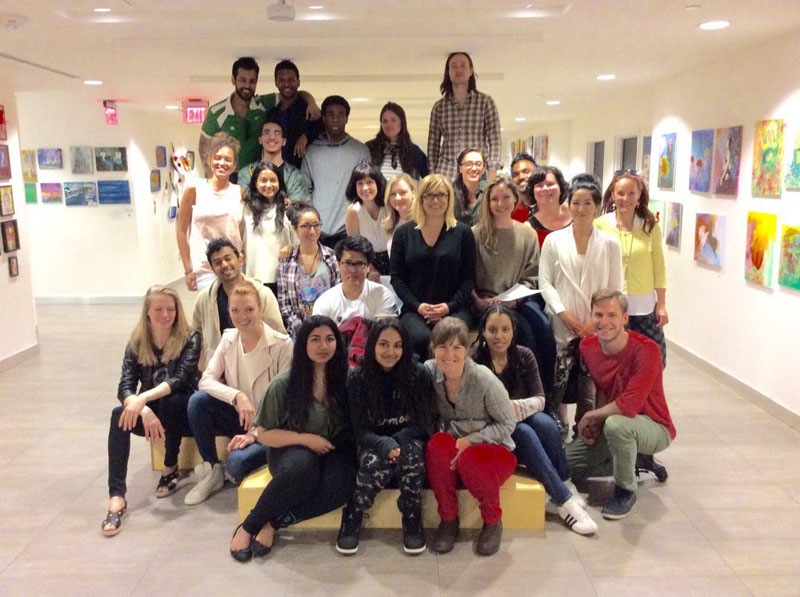 Participants of The Regent Park Project's Acting Skills for Film workshop series with CFC's Larissa Giroux and 13 actors and alumni of the Actors Conservatory.

CFC renewed its relationship with community organization Kick Start Arts to participate in The Regent Park Project, a collaborative initiative telling the stories of Regent Park. The Regent Park Project is a three-phase, multi-disciplinary project incorporating writing, film and theatre in a collective creation process with youth from Regent Park and beyond, as well as professional artists. It empowers participants with opportunities to develop their acting, writing and filmmaking skills through free hands-on workshops.

CFC is involved in The Regent Park Project’s Acting Skills for Film workshop series, where a group of youth from Regent Park and beyond are afforded the opportunity to learn the basic skills used by actors when performing in film and television through hands-on exercises, improvisation and work on scripted scenes. CFC became involved in this initiative in 2015 when it conducted a two-part acting workshop with project participants on the various rigours of acting. Then in February 2016, CFC’s Executive in Charge of Acting and Music Programs, Larissa Giroux, spoke to the participants about the craft of acting, including training and the process of becoming a professional. Last Monday, May 9, Larissa, alongside Kick Start Arts’ artistic director, Sheena D. Robertson, and 13 actors and alumni of our Actors Conservatory, provided feedback and mentorship as project participants workshopped the scripts they have been working on throughout the Regent Park Project.

“The Canadian Film Centre has been beyond generous with supporting our filmmaking initiative! The emerging actors coming from our program have benefited greatly from being able to act alongside such talented professionals – it has raised their game greatly – and that is exciting to witness. The mentorship, professional links, and thoughtful feedback from everyone involved has meant the world to all of us involved in this project. We cannot thank you enough!” said Sheena D. Robertson, Co-Artistic Director, Kick Start Arts.

The overall Regent Park Project will culminate with the participants filming the scenes that they workshopped on May 9 for inclusion in a web series they are creating as part of the project.

To learn more about The Regent Park Project, CLICK HERE.