"The eclectic, visionary, and totally buzzworthy Chief Digital Officer of the Canadian Film Centre and the founder of the CFC Media Lab, Ana Serrano has spent the better part of two decades driving digital transformation. Directing more than 140 projects, mentoring 70 startups, creating alliances, raising funding and disrupting the ordinary. Serrano puts a uniquely Canadian spin on digital media innovation. She’s also a downright nice person and supportive mentor for many digital entrepreneurs and an ever-present force in the Canadian accelerator and startup community. Her personal work has won her many awards (DigiAward for Visionary of the Year, Canadian Feature Film Award for transmedia production Prison Dancer: the Musical, and a Jim Blackaby Ingenuity Award for Body/Mind/Change.) Tonight, I’m especially pleased to add yet another prestigious award to the collection of my friend Ana Serrano.” 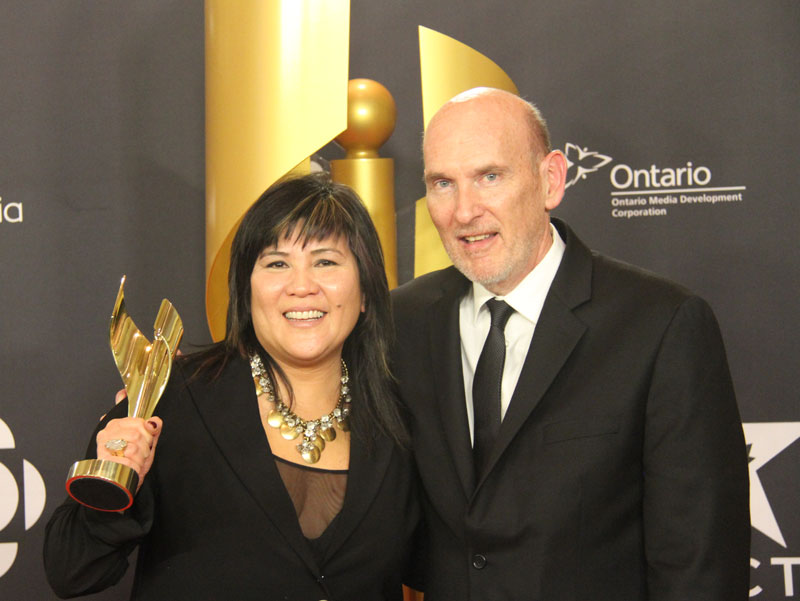 Courtesy of the Academy of Canadian Cinema & Television

Ana arrived just in time to receive the award from her keynote addresses at the Mindshare NextM Conferences in Copenhagen, Denmark and Stockholm, Sweden. Sponsored by the Ontario Media Development Corporation (OMDC), Ana was recognized for her “innovative and stellar contributions to our Canadian screen-based industries,” explained Martin Katz

The CFC Media Lab team, in partnership with Wild Horse Communications produced a surprise video for Ana, celebrating her career path from founder of the CFC Media Lab to Chief Digital Officer of the CFC to Canadian Screen Award-winning digital media trailblazer. The video included personal and professional congratulatory messages to Serrano, with lots of stories, milestones and moments, with future well wishes.

Thank you to all the individuals who contributed. Featured in the video, in alphabetical order, are:

David Cronenberg, who collaborated with Ana on the transmedia project Body/Mind/Change, remarked, “Ana, anybody who can turn me into an omniscient, brooding, godlike entity, the way you did, deserves a major award like this one. Big congrats from your grateful creature, David.”

As Ana took to the stage to accept her award, the crowd erupted with applause, and she remarked, “Firstly, I’d like to thank the Academy for this tremendous honour, I’m proud to be part of such a distinguished line of digital trailblazers. It takes a village to raise a child, and it takes multiple villages if you want that child to pioneer something new.” CLICK HERE to view Ana’s entire acceptance speech.

In closing, Ana remarked, “I’d like to call out and share this award with McLean Greaves, one of the biggest trailblazers of all time, I will miss you. Rest In Peace.” 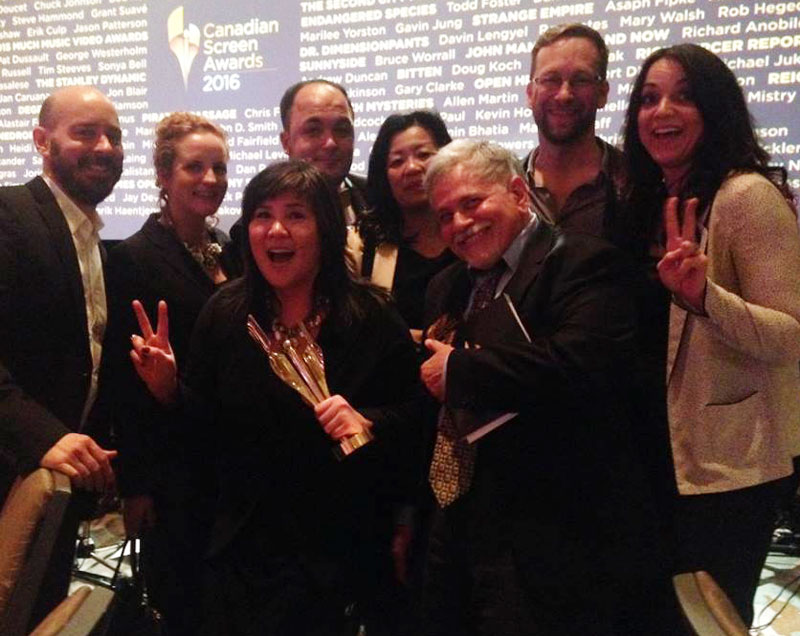