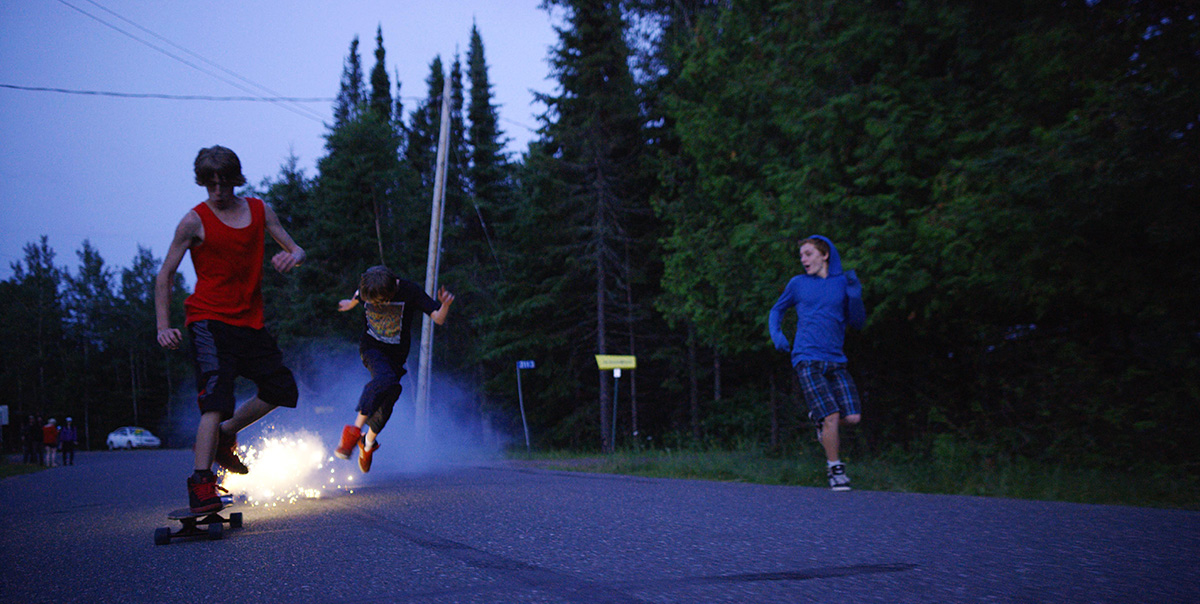 An image from Sleeping Giant.

Congratulations are in order today, as two CFC alumni projects have received major honours from the 2015 Toronto International Film Festival.

Closet Monster, written and directed by alumnus Stephen Dunn and developed through CFC's Cineplex Entertainment Film Program, was awarded the Canada Goose Award for Best Canadian Feature Film at Sunday's TIFF 2015 award ceremony. As the jury said, they chose to honour the film "for its confidence and invention in tackling the pain and yearning of the first love and coming of age of a young gay man in Newfoundland."

Dunn and the Closet Monster team will take home a $30,000 in cash prizes, as well as a physical award created by Canada Goose. In addition to Dunn, other CFC alumni who worked on Closet Monster include Todor Kobakov, who created the music for the film, and Bryan Atkinson, who edited the film.

Another alumni project that received an award from the TIFF 2015 jury is Sleeping Giant. The film, co-written by Bell Media Prime Time TV Program alumnus Blain Watters and executive produced by CFC Features alumnus Aeschylus Poulos, was named the Best Canadian First Feature Film, and that award comes with a cash prize of $15,000.

According to a statement, the jury selected Sleeping Giant due to "its sophisticated plotting, indelible characters and insightful critique of masculinity."