TUNESTARS | An Interview with Founder and CEO Anthony Shannon 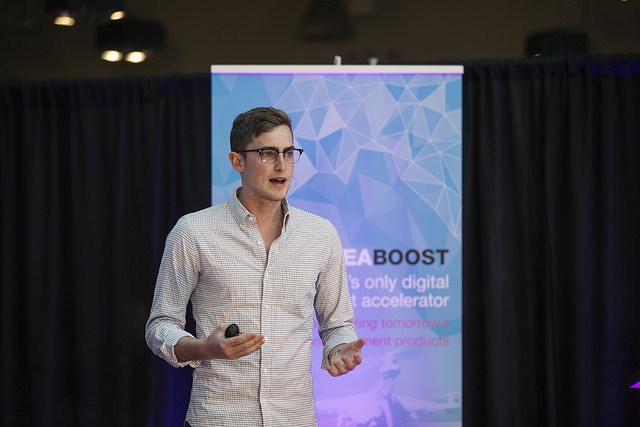 TUNESTARS (TS) is a Montreal-based startup focused on connecting music fans to each other and to the music they love. Twenty-something year old TS founder Anthony Shannon launched the company in 2013 and has raised over half a million dollars in investment capital to date. An IDEABOOST Portfolio Company (2015), TS has just recently completed a private beta and will soft launch its app in Canada later this month. CFC Media Lab had the opportunity to speak with Anthony in Montreal recently. The following are some insights into TUNESTARS and its founder in his own words.

CFC Media Lab | What motivated you to become an entrepreneur?

Anthony Shannon | Family has definitely been my inspiration. Entrepreneurship and business are passions that run deep on both sides of my family – and it’s a big family! I caught the “bug” at an early age. I think I was seven when I began trying to figure out how to make money and be successful like them.

CFC ML | How did you come up with the idea for TUNESTARS?

AS | I saw a huge opportunity for a product like the one my team is developing by looking at the online trends in social and music. Myspace was the first music aggregator to empower artists in order to facilitate their own success. But social wasn’t yet fully there. And if it was, it wasn’t integrated. Keeping social and music separate just seems crazy today. It honestly makes no sense in my opinion not to combine the two. But there’s an important recent third trend – the fact that content, especially music, has become increasingly hard to consume due to ever more segmentation/fragmentation and the sheer volume of it all. So I set out to find a creative way to streamline and socialize music – for artists, fans and industry. TUNESTARS is the result.

AS | One of TUNESTARS key investors is CFC Board Member Gary Slaight. Both he and IDEABOOST mentor Mathew Leibowitz recommended that TS apply to the IDEABOOST Accelerator program. So we did, and TS was fortunate enough to be selected. I took my team from Montreal down to Toronto on the train to attend IDEABOOST workshops, mentor sessions and network events. They were definitely worthwhile and we learned a lot.

CFC ML | What is the one thing you want audiences to know about your product?

AS | TS is both an aggregator and a community builder. The key TS benefit is that it connects music fans to all the content they care about in one place, as well as connecting music fans to each other. TS empowers fans to create their own ecosystems, while at the same time keeping them up-to-date on what their favourite artist is up to and what’s being said about them - something that has never been done before.

CFC ML | What’s the biggest obstacle you currently face in terms of development?

AS | Like any other startup, the challenge is limited resources – including hours in the day! Larger companies have bigger pockets of course, but TS, with only five team members, is agile and has tenacity, drive and passion. So I guess it’s a bit of a two-sided coin.

CFC ML | What's the most important thing you've learned since starting your company?

AS | Well. Actually there are a few important things I’ve learned. One is that breakthrough moments do happen. But you have to push through and persevere to get there. You also, have to be able to maintain your own inner happiness while dealing with insane amounts of pressure and the unknown. But the most important things are doing your best and not giving up. And the only way to do that is to do what you love.