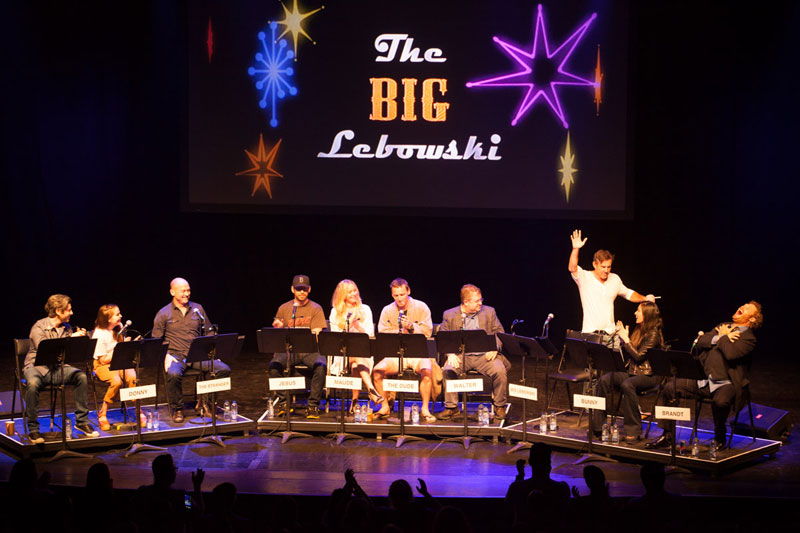 Jason Reitman’s live read of ‘The Big Lebowski’ on July 24 at the Just for Laughs Festival in Montreal as part of COMEDYPRO, presented by our very own Telefilm Canada Feature Comedy Exchange, was a huge hit – selling out the original theatre and upgrading to a venue for an audience of 1,300.

The star-studded live read of the Coen brothers’ cult-favorite screenplay featured Michael Fassbender as“the Dude”, Patton Oswalt as Walter Sobchak, Jennifer Lawrence as Maude, Dennis Quaid as the Big Lebowski, Mae Whitman with ranging roles from from Steve Buscemi’s Donny to one of the heavily accented Nihilists, Olivia Munn as Bunny, T.J. Miller as Brandt, Martin Starr as Jesus and Mike Judge as The Stranger. 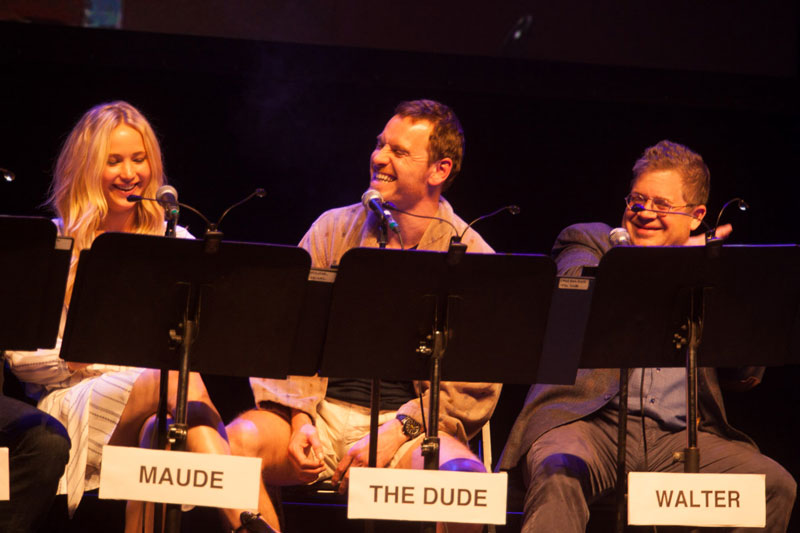 The Telefilm Canada Feature Comedy Exchange has participated in various events as part of COMEDYPRO at the Just for Laughs Festival in Montreal for the past six years. CFC launched the Telefilm Canada Feature Comedy Exchange back in 2009; it is a high-level cross-border project and business accelerator for established producers and their feature comedy properties. The initiative builds traction for comedy projects by offering producers and their teams access to respected creative counsel as well as financing and packaging expertise from key decision-makers and comedy experts. Most recently, That Burning Feeling, from Jason James and Nick Citton; Big News from Grand Rock from Daniel Perlmutter, Judy Holm, and Michael McNamara; and Preggoland, from Sonja Bennett and Kevin Eastwood, were produced through the Telefilm Canada Feature Comedy Exchange.

Read more about the ‘The Big Lebowski’ live read in Variety HERE.