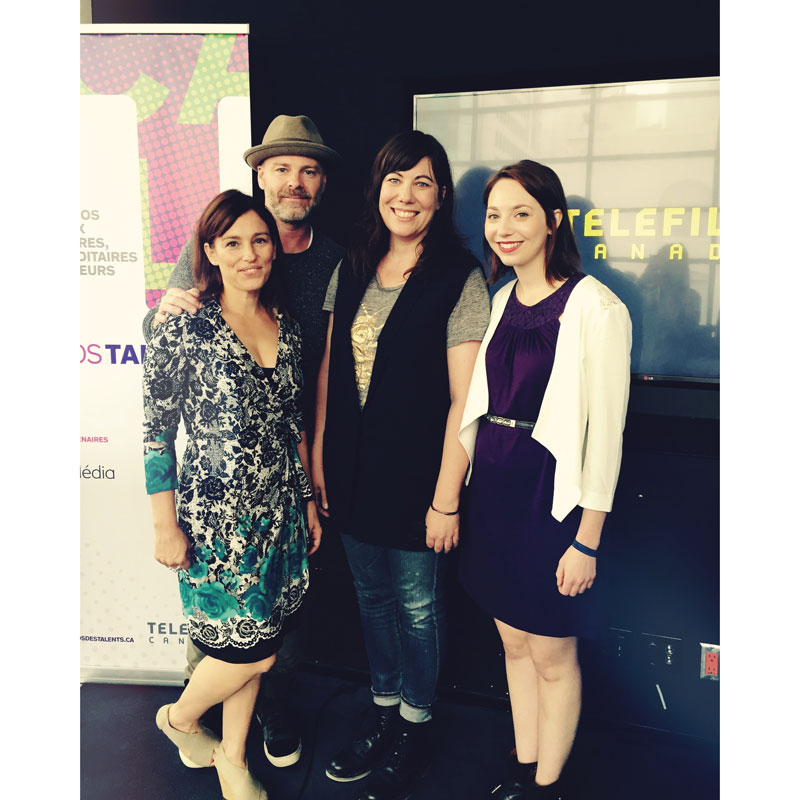 Telefilm Canada today announced the 15 finalists for the 2015-2016 Micro-Budget Production Program, which supports emerging filmmakers seeking to produce their first feature-length films (with a maximum budget of $250,000), with emphasis on the use of digital platforms and developing their potential for distribution and audience engagement.

This is the third year of the program, which is now comprised of three components: the New Official-Language Minority Communities component, the Aboriginal component, and the Main component. Over half of this year’s micro-budget financing will come from Telefilm’s Talent Fund.

We are pleased to announce that alumni project The Space Between, from writer/director Amy Jo Johnson and produced by Cineplex Entertainment Film Program alumna Jessica Adams, was selected as one of ten finalists in this year’s Main component. Amy Jo and Jessica developed The Space Between through the CFC, and we are a proud partner on this project. In 2014, we partnered with The Space Between to help support their Indiegogo campaign, helping make them the fourth most funded film project in Canada. This success led them to be named Indiewire’s 2014 Project of the Year.

The Space Between is the directorial debut of Amy Jo Johnson. It is set to go to camera in three weeks, filming in and around Guelph, Ontario. In The Space Between, Mitch's world is turned upside down when he finds out his adored baby isn't his. Leaving his wife, he sets out on a mission to find the man who ruined his life. As his wife Jackie is desperate to win him back, she enlists the help of her mother, her best friend and her best friend’s father as they embark on a journey to find Mitch.

We are also pleased to share that The Sun at Midnight, from CFC alumna Kirsten Carthew (director/writer), was selected as a finalist in the Main component.

Previous projects that have been supported by the CFC and the Telefilm Canada Micro-Budget Production Program include Cast No Shadow, from alumni Christian Sparkes (director) and Chris Agoston (producer), which won six awards at the Atlantic Film Festival; and What We Have, from alumni Maxime Desmons (writer/director) and Damon D’Oliveira (executive producer), which won the UNIS Best Franco Canadian Film Prize at the 2015 Rendez-Vous du Cinéma Québécois and the Best Canadian Feature Award at the 2015 Inside Out LGBT Film Festival.

Congratulations to Amy Jo Johnson and Jessica Adams, we look forward to seeing the finished product of The Space Between! 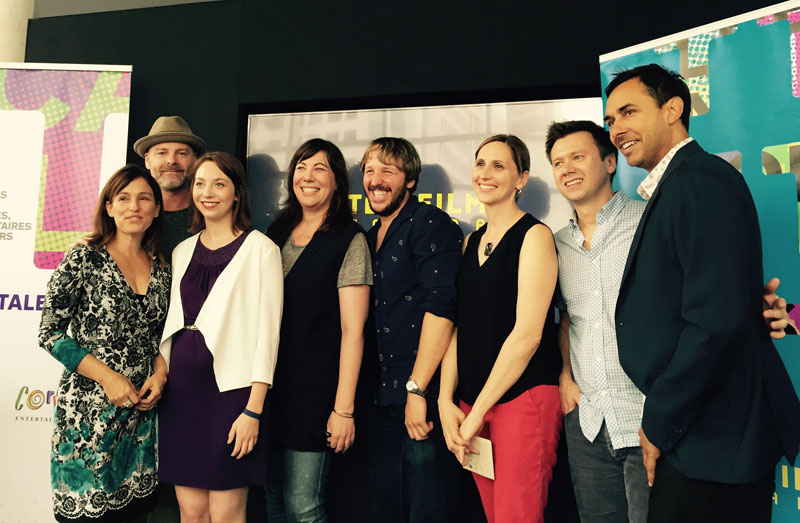 "Modest in size, but big in inspiration, the program allowed me to write, direct and produce my first feature while granting me full control."

Director/writer, "What We Have"
Thomas Pepper