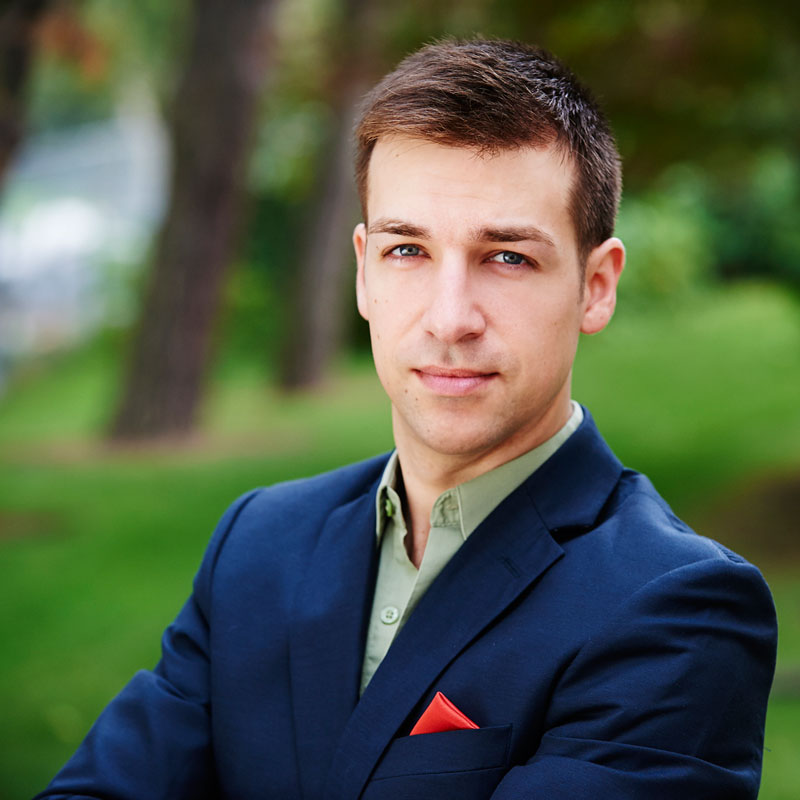 Blain Watters is a 2013 alumnus of our Bell Media Prime Time TV Program. After graduating from CFC, he won the Shaw/Banff Writer's Apprenticeship and since has worked on Lost Girl, has co-written three episodes of the Netflix original series Between, and wrote the Between: Web Series. He’s a prime example of the great writers coming out of the Bell Media Prime Time TV Program. We caught up with Blain to ask him a few questions about his experience in the program and his work as a TV writer since.

How did you get started in TV writing?

I was involved in a sketch troupe that did online stuff. I drafted a pitch for a show based off of a sketch, which didn’t pan out – but I realized that this [writing for TV] could be a thing that I could do with my life. I heard about the Bell Media Prime Time TV Program through a friend who was trying to get into the program, so we applied to the program together. And the rest is history; CFC gave me my start [in TV writing].

What was your process for finding and securing an agent?

I got an agent less than a month after leaving CFC. The CFC was instrumental in helping me secure an agent, because we had meetings with agents throughout the program. Once I completed the program, I sent the script I had written at CFC out to a few agents that I liked. Then I heard back from them! So I selected a particular agent because I liked his business style. I think it was the spec that I used to apply to the Bell Media Prime Time TV Program at CFC that really synched my agent.

How did CFC help prepare you for working in the Canadian TV marketplace?

CFC really prepared me for industry interviews; it made me sound like I knew what I was talking about. The amount of learning at the CFC was crazy – I went in not knowing anything, and came out being able to talk to anyone in the business about anything in the business. The program also prepares you for the [story] room experience and for the marketplace – CFC was that safe place where I could learn and fail and grow, and the outside world was not so much that. The story room experience at the CFC allowed me to learn in an environment where I wasn’t scared, so that I could work in that environment not being intimated by it too much on the way out. CFC also got me so used to pitching – we pitched everyone who came in. Pitching is like a second skin now – I feel so comfortable in it. CFC really gave me the confidence to pitch.

Can you tell us about your story room experience at the CFC during the Bell Media Prime Time TV Program led by Executive-Producer-in-Residence Michael MacLennan?

It [the story room experience at CFC] was great because it was a learning room. I didn’t talk much at the beginning, but then Michael [MacLennan] said, “Hey, you have good ideas, you should talk more!” So, by the end of the story room experience, I felt comfortable taking the reigns and running with things. Everyone in the room was friends, and the experience brought us closer together as a group. I was able to feel free to express myself in whatever way I was comfortable doing. I learned how to formulate ideas with a goal and to follow through on an idea to its completion. I learned about pitching in the room and how to run with someone else’s idea and knit it into my own. It was a cordial, respectful, great room to be in.

How did you end up writing for Between?

Through my agent. He had Michael McGowan [series creator] as a client and he was working on Between. Mike got my services for a week to go over some [pilot] scripts [of Between] he was getting back. He asked me to flush them out to make sure they made sense. It was just the two of us working together. Mike would bounce ideas off of me; I would say yes or no. Then I asked if he would mind if I tried to write a scene. He told me I could go for it, and he loved it. Then we co-wrote some things together. Mike told me if the show goes, he would bring me into the writers room as a writer. It was a great experience.

How did you prepare for writing for Between? How did the Bell Media Prime Time TV Program help prepare you for this position?

I just rolled with it. Mike sent me the pilot script [for Between] and I broke it down with tools that I learned at the CFC. So I felt prepared when I started working with Mike because [at CFC] I had learned how to break down a series and how to formulate my own ideas around a series and talk about it with the people who are writing it – this is a key skill [to have as a TV writer].

Can you tell us about the story room experience on that show? What was the dynamic like and how did Michael (McGowan) set up the room?

It was just he and I so it was pretty scary. I would drive up to his house and we would work from early morning to sometimes late at night. Mike first gave me half an episode to write [on episode 4], then he asked me to write episode 5 and 6 with him. It was really, really great. Mike would ask what I was working on, we would discuss it and then he would give me feedback. While I was writing one scene, I was pitching another scene as well. We would go through episodes from the first scene to the last scene.

Mike didn’t like to card, that was a huge tool [that I learned at CFC] that he didn’t use on Between. But it was a similar experience in that Mike was really open to exploring other options and allowing changes – something that a lot of writers aren’t open to.

What is the most challenging thing about being a TV writer?

The times when you’re not working are really tough. Keeping your head on straight and working through the times when you’re not working is hard. When you’re working, you have a job and you know what to do and what you’re working on and what you’re working towards. As a TV writer, you may end up working on a pilot that may never see the light of day. The business plan we created at CFC helped me prepare for those moments [when I’m not working], because it focused on how are you going to keep active and busy and moving forward when there is nothing pushing you forward.

Another challenge is missing little stuff – once I screwed up and forgot to change a character (from male to female) – the minutiae of stuff are hard to keep on track of when you are dealing with season-long stuff.

What are the main questions about a story/series that you are trying to answer in a writers room?

Every scene needs to follow the next in a very understandable fashion – you’re always kind of looking forward while you are in the scene that you are writing and looking at how the scene you are writing plays in to the whole show. You also have to think about how the characters will realistically react to certain situations knowing everyone about them – age, where they came from, what they are going into – you have to blind yourself to stuff that you know going into writing a scene.

What advice would you give to aspiring writers trying to break into TV?

If you want to do it, you have to do it – it’s amazing. Help everyone you can with everything that you have at your disposal. I keep my head on straight by reading other people’s scripts and giving notes. I want to help other people as much as I can, and I think that’s the [best] way to do it; to help each other and have a group of writers you can depend on. That’s what the CFC gave me – a group of writers who I love and admire and can go to with questions and conspiracy theories.

I think about the end of my life looking back on it and whether I will be proud of myself or not. And that really helps me write.

Can you share some advice on how to survive and succeed in a writers room?

Who are some of your mentors?

I’m really lucky to have some amazing mentors through the CFC like Mike MacLennan and Avrum Jacobson. And Mike McGowan, he really believed in me and gave me my shot.

Between is a six-part series that centers on a town beset by a plague that kills everyone over 21. It is set to premiere on City on Thursday, May 21, 2015 at 8 p.m., with Netflix releasing the episode at 9 p.m. New episodes will be released weekly. Netflix ordered Between, which is directed by series creator Michael McGowan, as its first original Canadian production.