At our annual L.A. event last evening (March 26, 2015), CFC was honoured to celebrate alumni Graeme Manson and John Fawcett by presenting them with the 2015 CFC Award for Creative Excellence for their originality, vision and exciting work on the award-winning Space original series Orphan Black. 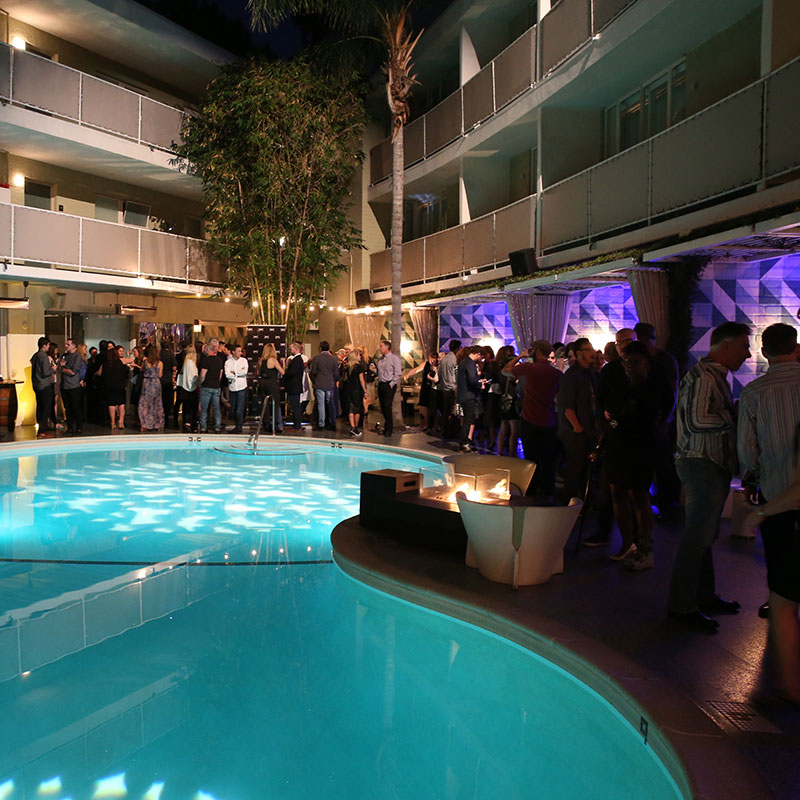 The genesis of Orphan Black was developed through the CFC’s Bell Media Prime Time TV Program in 2008 when Graeme was the Showrunner-in-Residence. Kathryn Emslie, CFC’s Chief Programs Officer, called Graeme (who was already a CFC alumnus) up one day and asked if he wanted to participate in the program and work with writers in a story room to develop a concept and pilot for a series. Graeme accepted and immediately called John to ask him to be involved. Once they were both on board, Graeme and John collaborated with the eight TV writers in the 2008 program to help bring their idea for the series to life. So, naturally, we are pretty proud of Orphan Black’s beginnings.

Orphan Black has since become a critically acclaimed ground-breaking conspiracy drama that has captured audiences around the world in more than 170 countries and has been hailed as one of television's most compelling genre series. It has garnered numerous awards and nominations, including a Peabody Award and 20 Canadian Screen Awards, including Best Dramatic Series, Best Actress, Best Director and Best Writing. 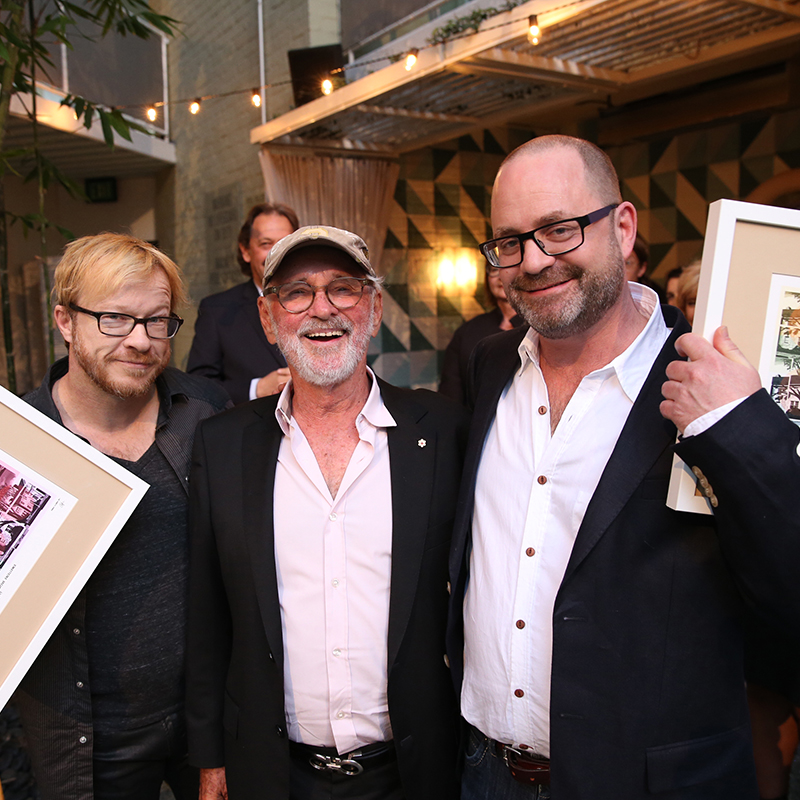 So it seemed appropriate that Graeme and John should be honoured with the 2015 CFC Award for Creative Excellence, for their truly creative excellence in the creation of Orphan Black. The award was presented by CFC board member and award-winning writer/producer Suzette Couture, along with renowned filmmaker and CFC founder Norman Jewison. This year’s award was presented as a piece of artwork created by CFC alumnus Charles Officer. It was based on an original sketch of the CFC’s Main House by another alumnus, Vincenzo Natali. Charles cloned (how appropriate!) Vincenzo’s original sketch, creating a graphic collage that truly captures the theme of Orphan Black. This is the second year that CFC has presented this award. Last year, Semi Chellas was honoured with the inaugural CFC Award For Creative Excellence for her outstanding contributions to the global television industry.

Before presenting the award, Norman Jewison spoke about his pride for the accomplishments of our alumni and the remarkable work, collaborations, relationships and opportunities that are created and cultivated at CFC. And Orphan Black is a real example of that incredible work; Graeme and John truly epitomize the world-class talent coming out of Canada and the Canadian Film Centre and we are honoured to help celebrate their success. 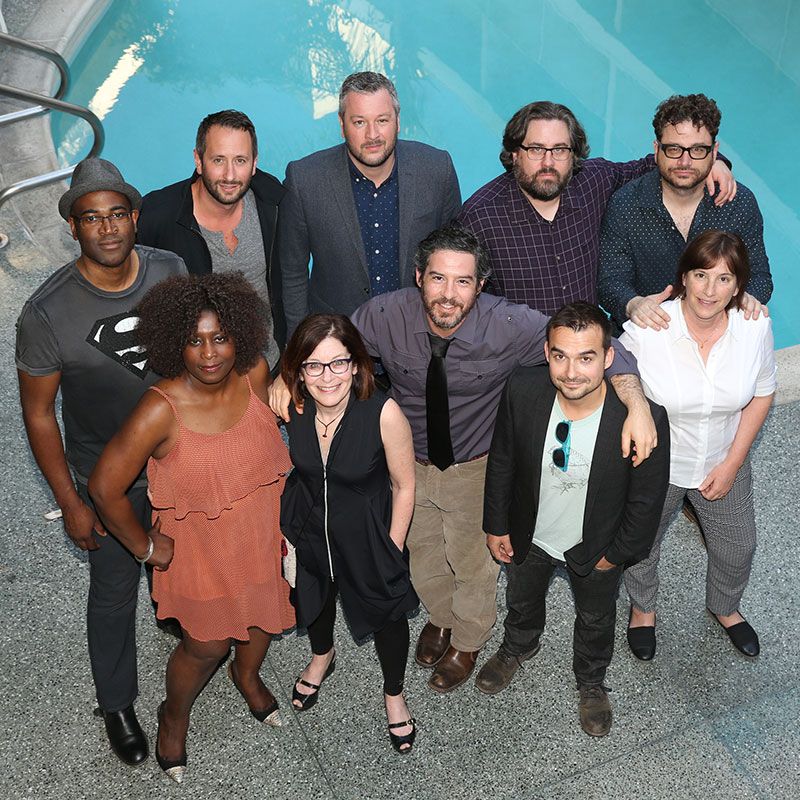 Since our inception in 1988, more than 1600 alumni have come through our doors. More and more, we see the positive impact that they are making – not just in Canada, but in L.A. and around the world. Whether through our core programs, our advanced marketplace initiatives, or our business and digital media accelerators, CFC launches and accelerates careers and talent that become creative leaders worldwide.

Another reason that CFC hosts a reception in L.A. each year is to celebrate our international partners and cross border opportunities. This year, the participants of our Telefilm Canada Feature Comedy Exchange benefitted from these cross-border relationships by meeting with a lineup of leading comedy and industry professionals in order to expand the creative and marketplace opportunities for their feature comedy scripts. Additionally, our Slaight Music composer and songwriter residents spent the week in L.A. meeting with international mentors, creative advisors and industry professionals in the music, film and TV industries. These high-level CFC marketplace initiatives further strengthen Canada's place in the global entertainment marketplace. CFC is committed to creating opportunities, unique collaborations and connections for Canada's talent that extend beyond Canada’s borders.

Thank you to everyone who made it out to our L.A. reception – our board members Suzette Couture, Neal Clarance, Roma Khanna, and our many alumni, partners and supporters.

Click here to see more photos of the event.