The Process of Oh: Lessons Learned in Conversation with Sandra Oh 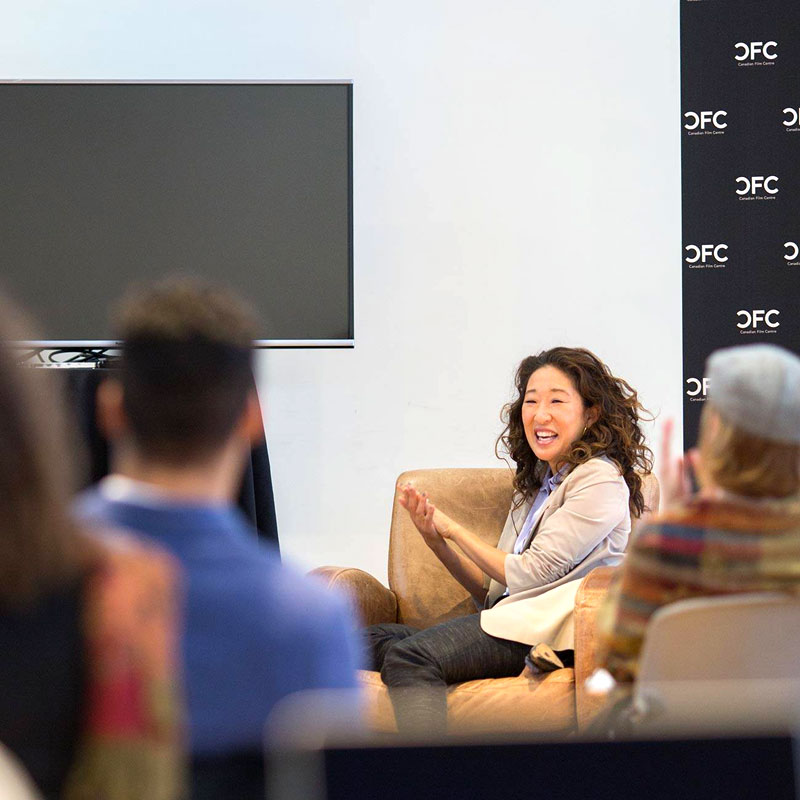 Be as porous as possible. Nurture your ambition. Grab a hold of any opportunities that come your way. Ride the wave. Work hard. Fire up your imagination.

This is how Sandra Oh, the ambitious and inspiring Korean-Canadian actor, describes the approach she takes towards her acting career, what she refers to as her “process”. Oh shared this insight into her acting process with a room full of actors, filmmakers and Sandra Oh enthusiasts at the Canadian Film Centre (CFC) on Saturday, November 22, 2014, when she visited the campus to lead a master class with the Actors’ Conservatory.

If one thing is clear after listening to Oh speak candidly about her acting career, it is that when she talks about acting, the words come from her heart and are fuelled by the deep passion she has for her craft.

Oh is an award-winning actor with experience in theatre, television, and film, and has recently signed on to produce her first animated feature, Window Horses, after being approached to collaborate on the project by her long time friend and the film’s director, Ann Marie Fleming. Window Horses is an animated story about Rosie Ming (voiced by Oh), a young Canadian poet, who is invited to a poetry festival in Iran and learns the truth about her father.

As the master class begins, a scene from Window Horses is displayed on a screen behind Oh and moderator Kristen Thomson, fellow actor and dear friend of Oh’s since the two met at the National Theatre School of Canada (NTS). The image contains a quote that reads, “Out beyond ideas of wrongness and rightness, there is a field. I’ll meet you there.” from 13th-century Persian poet, Rumi. 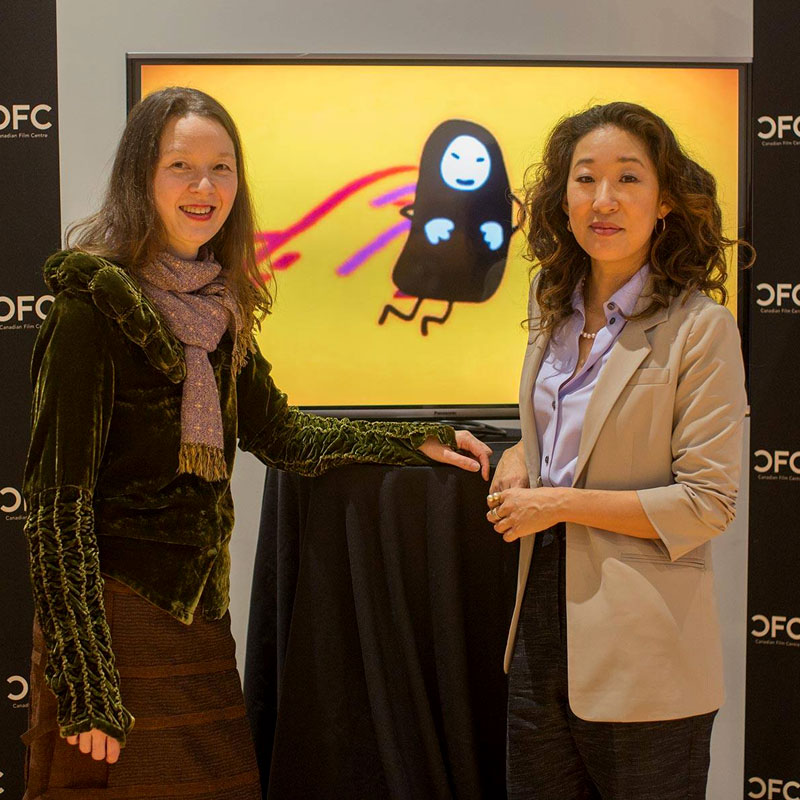 Oh expresses her delight that the quote is featured on screen, and its representation and interpretation of where she’s at in her life – being as open as possible to new experiences and opportunities at this point in her career. Her openness to new possibilities is reflected in her involvement and support of Window Horses. Oh explains that the story is based on a pro-girl and pro-art character, Rosie Ming, who she deeply relates to in her journey of self-discovery through art.

Oh is thrilled to be a part of Window Horses, adding it to her long list of accomplishments and credits, which include playing Dr. Cristina Yang for ten seasons of Grey’s Anatomy, seven seasons as Rita Wu on the half-hour HBC comedy Arli$$, starring in Sideways, Under the Tuscan Sun, Last Night, Double Happiness, and most recently on stage in Death and the Maiden. The list goes on.

Oh landed her first professional acting job at age 15 in an industrial video for television, and she hasn’t stopped acting since. After high school, she attended NTS, and spoke of everything she learned during her time there, while stressing the importance of continuing to learn in her daily life.

Born in Nepean, Ontario, and currently residing in LA, Oh is part of a loose collective of actors, writers and musicians there. She says she finds an endless source of creativity through the collective, and learns new ways to connect with herself as an artist and as a creator. She relates being a part of the collective to Jungian psychology, “it’s about accessing the unbelievably limitless place of creativity in the unconscious.”

Oh is full of wisdom and advice from lessons she has learned throughout her 28-year acting career to date, and the audience was captivated by her stories, and honoured to gain some insight into her knowledge of and experience in the industry.

When it comes to actors’ relationships with directors, Oh shared her point of view that the responsibility of a director is to create a feeling of safety on set – a space where actors can feel free to play. She suggests that, “Being a director is like being a brilliant psychologist. Every single actor you meet and you’ll work with is completely different. So it’s being sensitive and open to that [creative] process.”

Oh also stressed the importance of building and maintaining long-term relationships in the industry. She suggested that places like the CFC are invaluable to form relationships that will last a lifetime, and how crucial it is to have a support system and network where actors and creators can collaborate with one another.

After an insightful and honest in conversation with Oh about her journey as an artist and creator, audience members were left feeling inspired, and with a deeper appreciation and understanding of Oh’s creative process and the importance of honouring oneself as an actor. 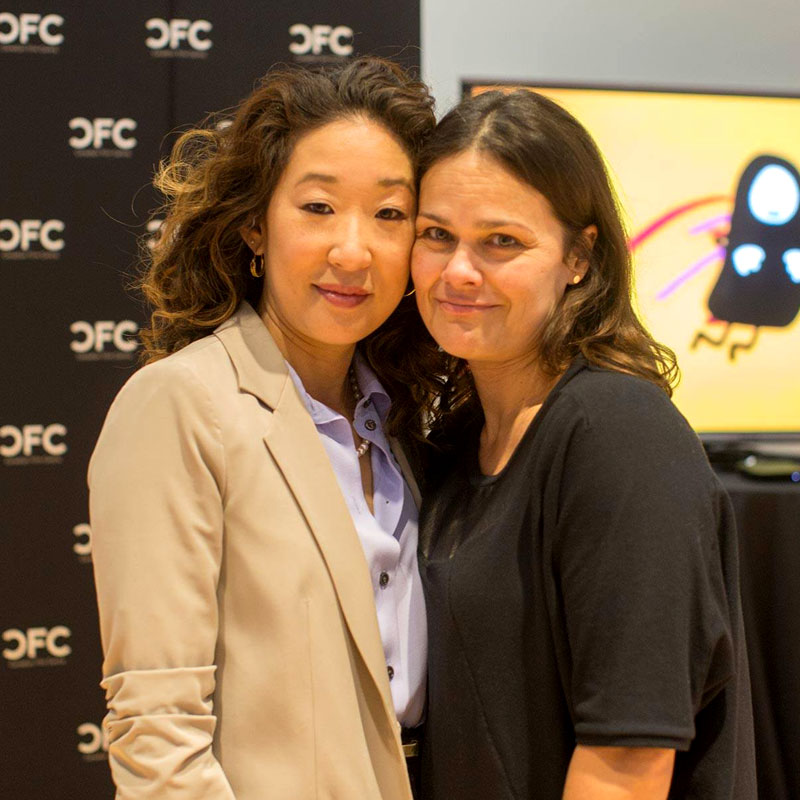