The urgency of taking action on climate change has never been as clear as it is this Earth Day of 2022. The 6th IPCC report, finalized on April 4th of this year, spells out grave consequences for life on our planet if governments, corporations, and citizens do not immediately change course. The report stresses the need for collective movement towards remediation of the damage already done, and prevention of further carbon emissions.

Everyone has heard of  The 3 Rs: reduce, reuse, recycle. The popular slogan is believed to have emerged in the mid-late 1970s, around the time that the U.S. Congress passed the Resource Conservation and Recovery Act. What most people don’t know is that in the last decade, as the Zero Waste Movement has gained popularity, those original three Rs have expanded to include two more: refuse, and repurpose. (“Rot” is also often cited as the compostable final R, but because it isn’t always practical in a city or business setting, we have excluded it from our discussion here.)

We all have a part to play, even startup companies such as those headed by our Fifth Wave founders. These are actions that can be taken by individuals and companies at any stage, in any place – so we decided to round up some current and former Fifth Wavers, and find out how they’re putting these principles to work in their homes and offices.

Shreya Patel (Cohort 4) of Window Dreams Productions describes herself as “a huge walker.” This former international model is also a mental health advocate, a filmmaker, and the winner of numerous women’s leadership awards – and she is serious about her commitment to a low carbon footprint. As the Founder and Co-CEO of an award-winning production house that specializes in creating projects that connect with a global audience, acknowledging her responsibility to the natural world is crucial. Refusing to drive, Patel walks, cycles, or takes transit to business meetings. She also refuses to use or purchase plastic. For personal travel, Patel prefers a long train ride and takes only short-haul flights. She buys only sustainably-sourced and recycled clothing, and regularly donates her fashion purchases, making them available for reuse by others. “I take old materials around the house to make crafts instead of buying items to decorate my home,” adds Patel, referring to the “upcycling” trend that has accompanied the shift in awareness about recycling practices.

Deb Day (Cohort 1) worked for decades as a producer and director in film and television, prior to founding her own strategic marketing and digital content studio, Innovate By Day. Providing full-service, custom-built content to an impressive clientele of Canadian, Hollywood, corporate and non-profit entertainment companies, the company proudly employs a diverse team of ten humans, three cats, and one dog. As far as Innovate By Day’s commitment to the Five Rs goes, the CEO and Chief Strategist gets five stars. “We have policies on all of the above,” says Day. “We have banned single used plastics. We promote the use of public transit or walking to work, and we manage heat, air, and light usage.” When it’s time to revamp the studio furnishings, as their recent studio expansion required, the company makes sure “we recycle furniture, office and household items to ReStore shops, and with family and friends.” 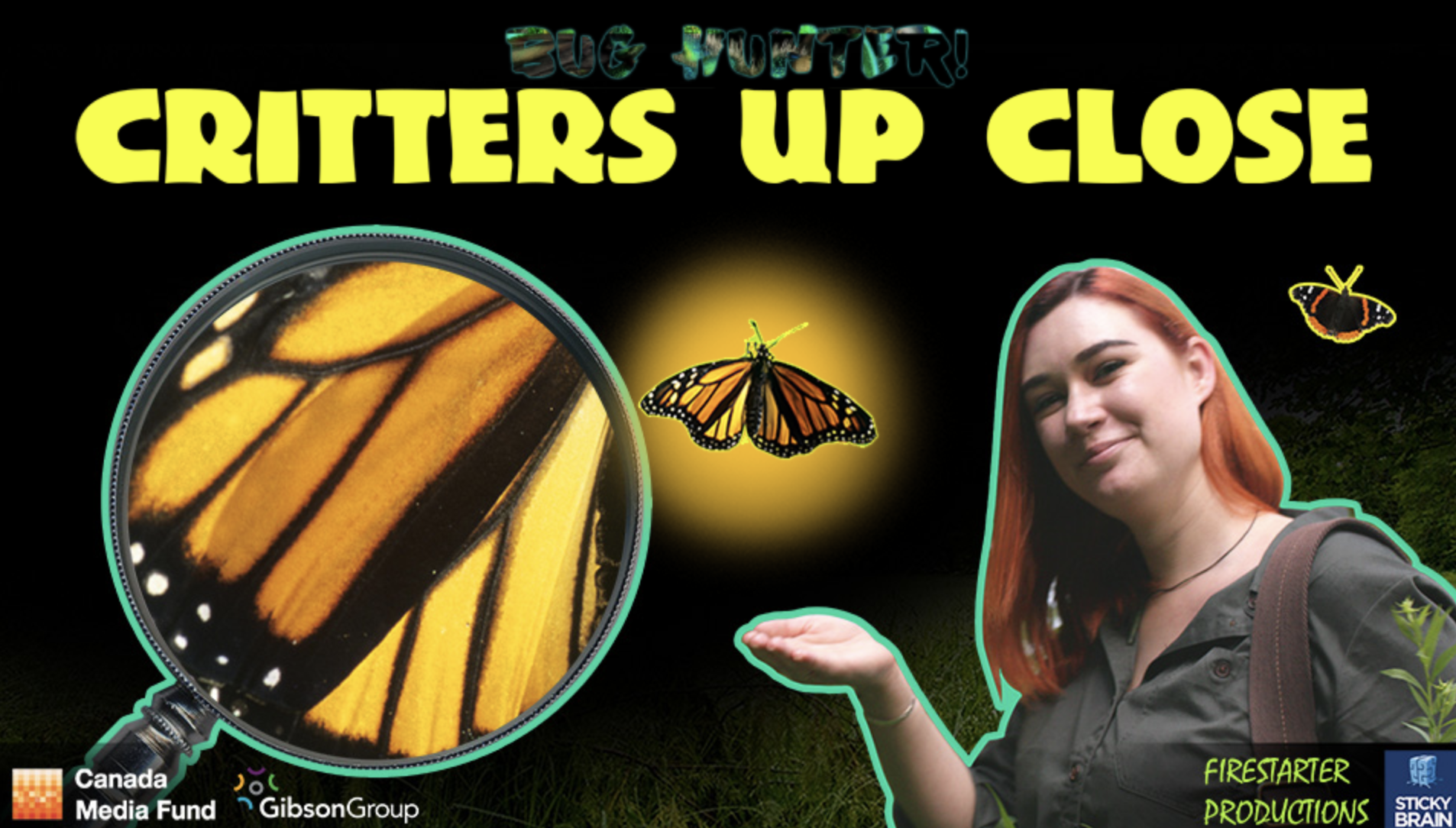 Sasha Boersma (Cohort 1) is the Co-Founder and Producer at Sticky Brain Studios. Offering interactive games, apps, and other digital creative content to help companies connect with audiences from their downtown Toronto location means that Boersma is able to walk or take transit to the office, and many of her colleagues similarly “refuse” by working from home. The office abides by a practical dress code, which she says “means people don’t feel compelled to buy new clothes to keep up with anyone.” As a result, “we aren’t contributing to fast fashion waste,” notes Boersma. Sticky Brain Studios has a policy to “limit what we print to what we really need,” reducing paper consumption, and team members reuse the backs of printed documents for scratch pads whenever possible. Their co-working spaces provide dishes, resulting in less waste, and staff bring lunch in reusable containers. While a third party handles waste management, everyone is careful to put paper and plastics in blue bins. Boersma wryly notes that Sticky Brain’s focus on cost effectiveness indirectly lowers their carbon footprint, saying, “We keep things simple because it makes life easier. We don’t have a big environmental footprint – we aren’t paying for paper or gas if we aren’t printing or driving!”

Archita Ghosh (Fifth Wave Connect) moved from an engineering background into the world of management consulting before finally landing in her current niche, digital film production. The Co-Founder of E.D. Films, she is currently working on the company’s environmental policy, and looks forward to “incorporating [Five Rs] philosophy into our values.” The Montreal-based animation studio and digital tools lab is driven to make and share meaningful stories, which they grow through every stage from conception to delivery. The company’s urban location makes it very easy for team members to refuse driving. “The whole team walks, cycles, and takes public transit as much as possible,” says Ghosh, adding that they also use “as many waste-free, multi-use products as possible in our office and on our production floor.” The E.D. Films office kitchen stocks real dishes and repurposed jars for glasses; furniture, desks, and even production props are purchased second-hand. The team’s commitment to reusing extends beyond the office, and colleagues frequently swap clothing amongst themselves or for their children. Upcycled wooden crates are used as shelving. “And we are planning to make our merch from old t-shirts,” Ghosh adds proudly.

Bonnie Anderson (Cohort 4), a writer, director, producer, and actor, founded Moxie Productions with the goal of helping creators take their video projects from inception through to the final product. The company’s team of professional artists – actors, writers, directors, cinematographers, and all crew – are collectively committed to lowering their environmental impact in a variety of ways. From ensuring everyone on set has their own reusable water bottle to requiring that all staff cycle, walk, or take the TTC to work, Moxie has made sustainability a focus. Anderson says, “I cycle year-round, and when [I’m] in need of a car, [I] use an auto share service.” On sets, “Craft [services] uses recyclable or reusable dishes and cutlery,” explains Anderson, “and we purchase second-hand when possible.” The office uses 100% recycled computer paper, and when there is no alternative to plastic purchasing, “we try to be aware of low recycling numbers, and use as little as possible.” In the future, she hopes to expand into more repurposing of items, in order to completely eliminate the use of plastic at the office or on set. 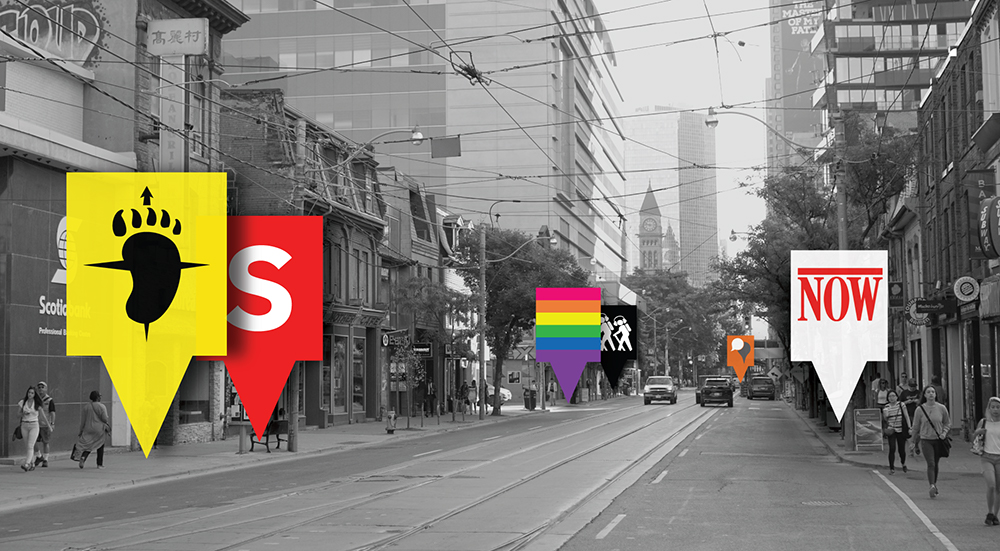 Driftscape connects local destinations with visitors via our mobile apps.

Chloe Doesburg (Cohort 1) of Driftscape co-founded her company on the idea of refusal in a way. Specifically, Driftscape helps its customers eliminate the need for, and use of, printed travel guides. The platform enables destinations to create immersive and engaging experiences for both visitors and locals through interactive features such as self-guided tours, augmented reality, and even adventurous quests. Walking the talk as CEO, Doesburg’s office is completely virtual, which eliminates the need for many consumables such as paper, furnishings, and kitchen/housekeeping supplies. “Being a 100% remote office definitely helps to lower our overall impact,” she says, “and as a totally digital product, our footprint as a business is low.” As most of the five Rs don’t even apply to Driftscape, this is a company that embodies sustainability in business by design.

Jane Ji (Cohort 3) is an award-winning game designer, and the Co-Founder of Springbay Studio Ltd. Founded in the belief that nurturing an eco-focused mindset starts with hope for a better future, Ji and her team develop interactive children’s games, apps, and in-school experiences that engage kids with environmental science. With such glowing green credentials, it’s no surprise that Ji and her team say no to plastic bags and other single-use plastics, and they walk, cycle, and take transit. As a company, Springbay Studio partners only with carbon-neutral service providers. Ji also believes in “repairing, not replacing,” and outfits both her living and working spaces with second-hand furniture. Non-disposable dishes and water bottles are a must as well. “We are the only Canadian educational game development company focusing exclusively on environmental education,” she explains, “and we want our work to engage and empower children to take climate action.” For Ji, this means living her values both at home and in the office.

This Earth Day, Fifth Wave and the CFC Media Lab are proud to highlight the environmental efforts of these founders and alumnae. We encourage all entrepreneurs in digital media to follow their lead, as the world works together to reduce emissions and mitigate the effects of climate change.

Springbay Studio's iBiome allow children to build virtual ecosystems, learn how wildlife depends on each other and the environment.