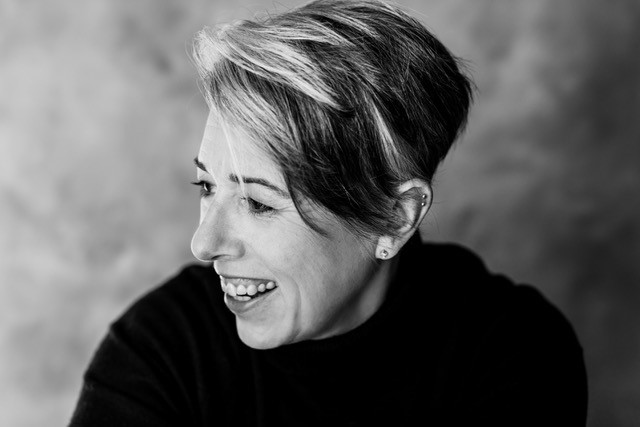 Award-winning filmmaker Lori Lozinski has captured the heart of the Canadian screen industry with her unique talent and storytelling style. As President of Violator Films Inc., an independent production company, Lori has produced an exceptional body of work and is recognized for producing socially conscious, character-driven stories with women-identifying creatives. An alumna of multiple CFC programs, Lori has committed herself to perfecting her craft, expanding her creative horizons and ultimately positioning herself as the successful and sought-after filmmaker and entrepreneur she is today. Some of Lori’s recent work includes Things We Feel But Do Not Say, directed by fellow alum Lauren Grant and starring Actors Conservatory alum Gita Miller, as well as the award-winning screenplay and debut feature by another CFC alum, Kim Albright, With Love & A Major Organ. Plus, Lori continues to support the release of her feature documentary Kímmapiiyipitssini: The Meaning of Empathy with alumnae Elle-Máijá Tailfeathers. The documentary was recently nominated for a Canadian Screen Award for the Ted Rogers Best Feature Length Documentary category.

CFC recently caught up with Lori to discuss her film career and what the future holds for the Canadian filmmaker and entrepreneur. Read on in the spotlight below.

What inspired you to become a filmmaker?

I’ve been a voracious consumer of stories from a young age and always had my nose in a book. Not much has changed other than I’ve also added films and television to that list and our access to stories from around the world has increased exponentially which thrills me. In the early 2000s, I moved to Vancouver from Alberta while working as a Project Manager in Telecommunications and decided to shift careers when I discovered I could make a living as a storyteller in film and television. I haven’t looked back!

Can you tell us if/how your time at the CFC in the Producers’ Lab has helped shape you personally and professionally?

There are countless ways my experience in the Producers’ Lab has shaped my life, but the main two takeaways I left the program with confidence in my own abilities and career goals, and secondly, a network of friends, colleagues, peers and support. I began building a foundation that could weather all the responsibilities, opportunities, and inevitable ups and downs [of working in this industry]. I cherish the friendships I made during my time that continue to this day!

What is the hardest thing about your job, and how do you approach it?

I feel like the hardest thing and the best thing about being a Producer are the same – responsibility. It’s paramount that I’m responsible for the story, the creative collaborators, the funders, the crew, and ultimately, the audience.

What do you look for in a script before you commit to producing it?

The most important part of any story I read the first time is that I want to be surprised by the characters.

You’ve worked with fellow CFC alum Kathleen Hepburn on Never Steady, Never Still and The Body Remembers When the World Broke Open. Can you tell us about your connection with Kathleen and how the two of you started collaborating?

Kathleen and I initially connected when I was on the Board of the Creative Women’s Workshop Association / Women In The Director’s Chair and she was awarded their Feature Film Award. We built a friendship hanging out at the Banff Television Festival after the award was announced. During the production of Never Steady, Never Still, Kathleen and her producer, Tyler Hagan, reached out for some additional support and our relationship solidified from there. I was thrilled when Kathleen, Tyler and Elle-Máijá Tailfeathers reached out to me in early development for The Body Remembers When the World Broke Open. We all share similar values in storytelling and I’m grateful for these meaningful, collaborative experiences.

Many of your films focus on female narratives. What is the inspiration behind this? Is this something that happened organically?

The inspiration comes from seeing very few female characters in film and television that I could relate to and aspire to.

What do you believe are the three most important qualities for a producer to have?

These are the qualities that are important to me: Integrity, empathy and accountability.

What are some changes you would like to see in the film industry that you believe would add value to the next generation of filmmakers?

There have been significant changes but we all need to continue pushing for equitable access to relationship-building in funding through to festivals; support for experience-building; and reliable funding.

What is the greatest lesson you’ve learned working in the film industry?

Stories have the power to change people’s lives – for the creators and for the audience.

I wrote and directed a short documentary entitled A Motorcycle Saved My Life with the NFB that will be released this year. I’m Executive Producing [CFC] Directors’ Lab alum Kim Albright’s debut feature, With Love & A Major Organ, that will finish production in February [2022], and continuing to support the release of the feature documentary Kímmapiiyipitssini: The Meaning of Empathy with Elle-Máijá Tailfeathers that was a co-production with the NFB, and was recently CSA nominated for Best Feature-Length Documentary. Through my company, Violator Films, I’m developing an exciting slate of feature films, documentaries and television series!