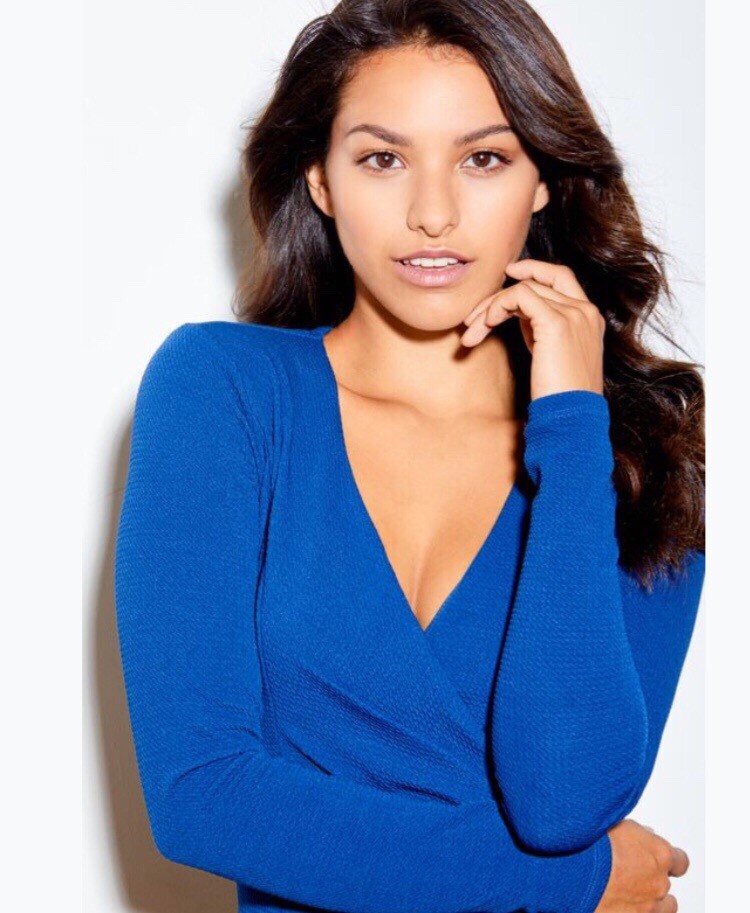 Humberly González is turning heads and gaining international attention for her talent, striking onscreen presence, and charisma. Since making The Hollywood Reporter’s list of Canada’s 15 Emerging Entertainment Talent in 2019, the Venezuelan-Canadian actress has been making waves for her latest roles as high school senior Sophie Sanchez on Netflix's hit comedy-drama Ginny & Georgia, as Brooklyn in sci-fi drama Utopia Falls, as well as for playing Neutrino in the newly released superhero series Jupiter’s Legacy, which made its debut on Netflix earlier this month. After completing the CBC Actors Conservatory in 2017, the actress has continued to excel in her career – becoming one of Canada’s most celebrated young actresses. CFC sits down with Humberly to discuss her acting journey, her latest gig in Slumberland, featuring actor Jason Momoa, as well as her soaring success.

1. What can you tell us about your experience at the CFC Actors Conservatory and how it helped shape you as a creator?

The six months I was part of the CFC were crucial to my journey and where I am now. I am so happy I accepted being a part of the Actors Conservatory, at a time when I needed a bit of a push to enter a new side of my craft. It was a lot of work, especially self-work. I was asking myself questions I hadn’t before and it wasn’t always comfortable, but I understood that through the struggle comes true growth. I feel like I finally found my true voice as an artist, quite literally because their voice classes were incredible! I felt seen and heard like I really had a purpose and a story to tell. CFC helped me narrow down the importance of sharing myself with the world.

2. What were your biggest takeaways from your time in the Actors Conservatory?

I learned more about myself as a person, and in turn, it helped me as an artist. I learned to take my time, live in the moment, and share vulnerably without reservations. I transformed the way I approached the work in order to insert my true self into every character and story. CFC provided me with the confidence I needed to trust that I am enough, and have everything I need within me. I had to surrender to the work and allow myself to be seen. I not only made incredible connections in the industry, but I left feeling more connected to myself. 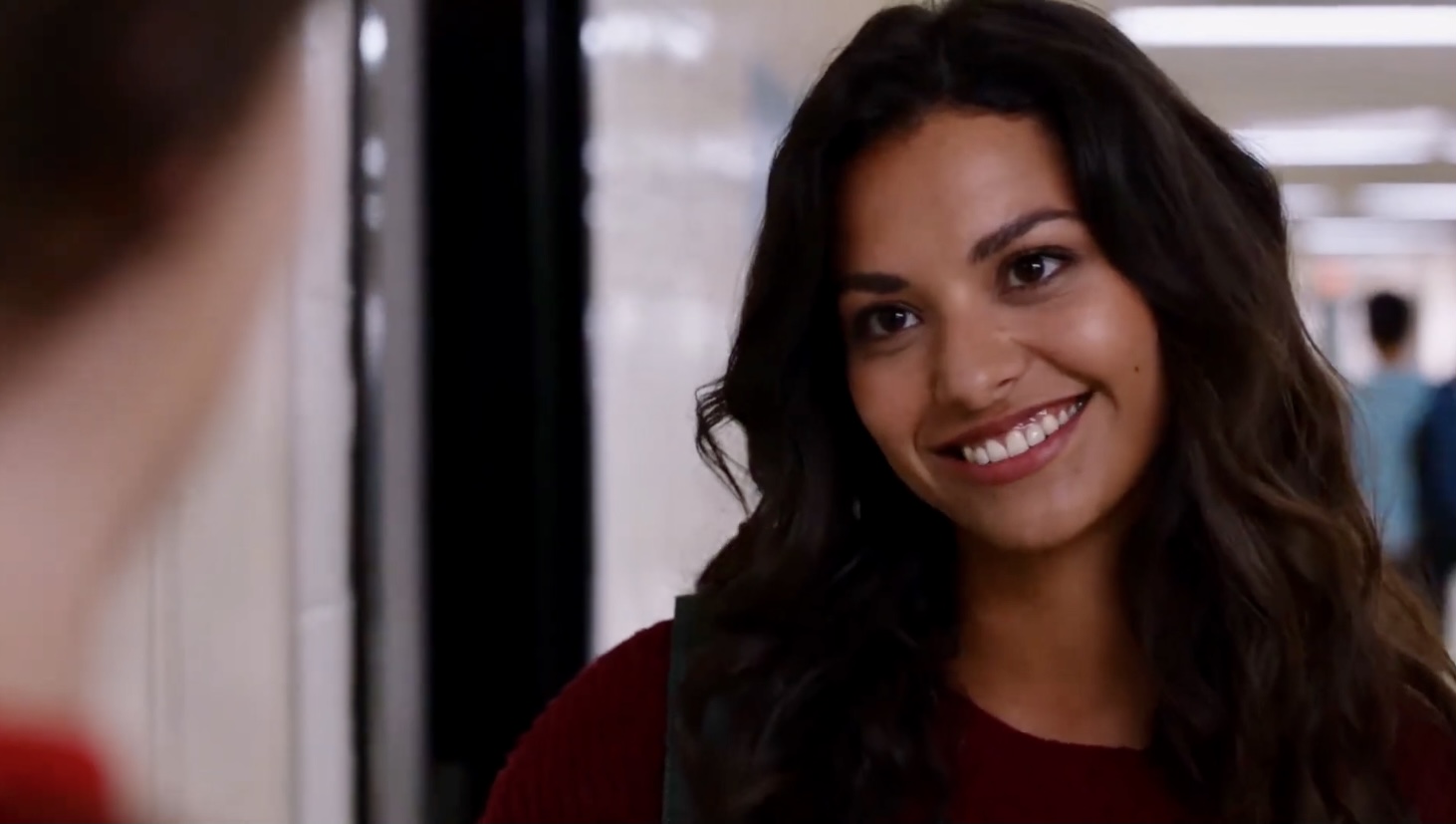 3. Congratulations on the success of Ginny & Georgia! Can you tell us a bit about your character Sophie Sanchez, how you relate to her, and her significance to the LGBTQ2S+ community?

I appreciate it! It was so surreal to see how popular the show became and how it made an impact. Sophie is someone I admire, she’s who I wish I was in high school. She is confident in her sexuality, she’s honest, caring, and unafraid to get what she wants. I had many of those qualities but I wasn’t always confident to share my true self. I didn’t come out until much later in life for fear of judgement and acceptance, as well as not having all the answers to the questions I kept asking myself. I am so glad that a show like Ginny & Georgia exists because it normalizes Sophie and Maxine’s relationship. They connected without shame and without having to explain their sexuality; they were simply existing in each other’s lives. It’s important to represent LGBTQ2S+ relationships on screen, even more so when it’s catered to young adults. That is always such a confusing time, where you are discovering yourself and the world around you, so it’s valuable to teens watching because they feel seen, heard and worthy. I get messages constantly about people feeling inspired to live their truth after watching the show, and specifically because of my character. Being a queer Latina immigrant in Canada is not a sentence you hear often – I feel with the role I played in the series opens doors for more representation in the future.

4. What do you look for in a role? What kind of characters or materials are you drawn to? Are you selective with your roles or are you open to experimenting?

When I first receive an audition and read the script, I know if I get goosebumps I’ve connected to it. Goosebumps never lie! I always have an emotional attachment to the characters I play, as I look for strength, vulnerability, and strong writing. I refuse to play into the stereotypes that Latina characters are often boxed in because there is so much more to me than my heritage. I get excited when I am given an opportunity to represent being Venezuelan, but I don’t want it to be everything because I thrive when I’m allowed to break the mould. At this time in my career, I am a lot more selective with my roles, and this is something my team and I work really hard to curate! I have had the pleasure of playing so many different kinds of characters and genres, so now it’s about challenging my abilities. These days I am in search of more stillness, containment, and maturity. I’d love to dig deeper into darker places of my being because I believe the most beautiful characters come from darkness; it’s how we learn to grow. 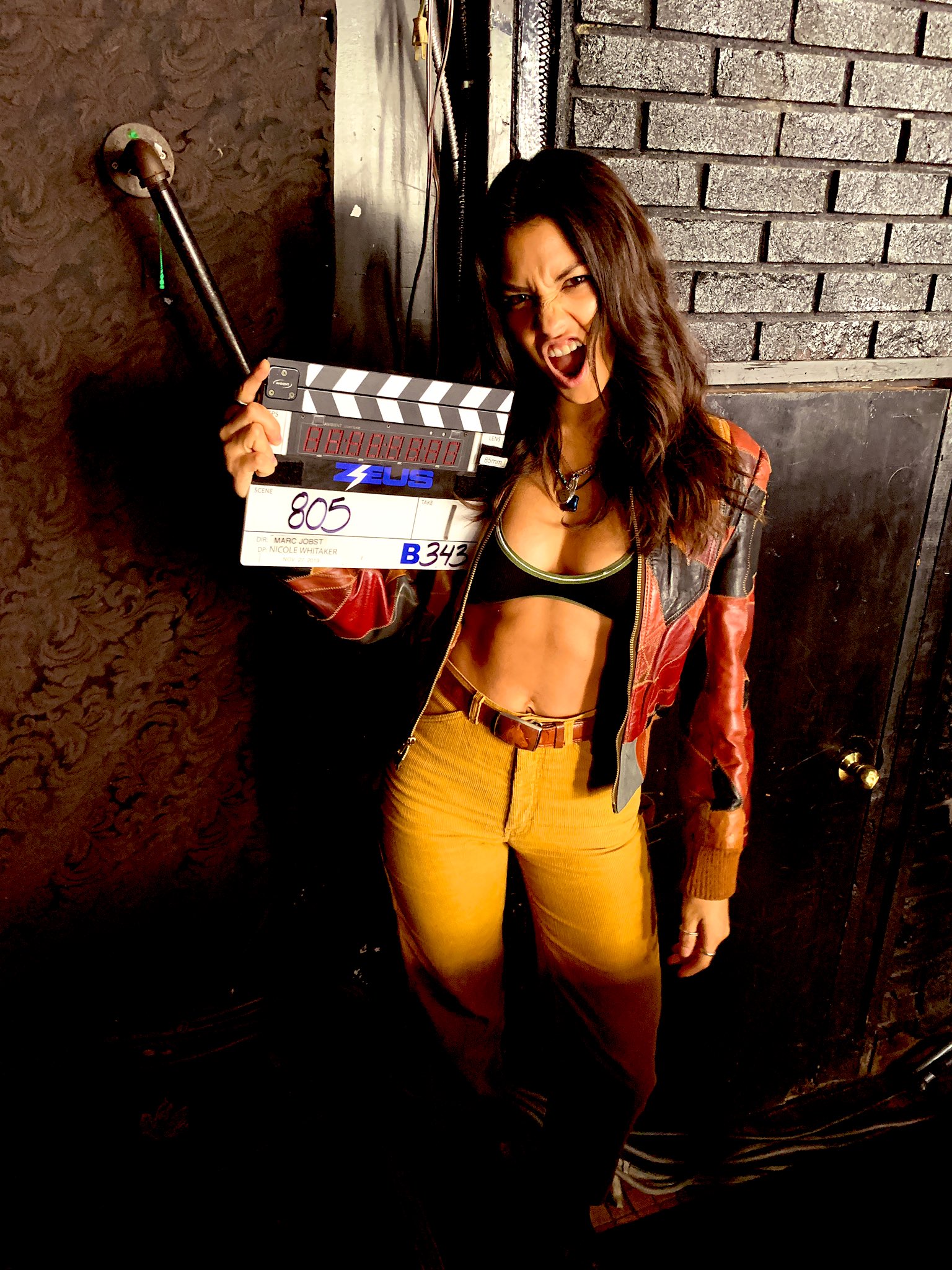 5. Jupiter’s Legacy recently premiered on Netflix. It’s definitely an action-packed series. What were some of your favourite scenes to film?

Jupiter’s Legacy was such a dream project! I absolutely loved that team and truly every scene was so fun. But if I had to choose it would be the inside of the van chase. This scene as a whole took several days to shoot and it had different components. One of them being in a studio with a green screen all around us. Since it was a chase there was a lot of movement inside the van and that was shot separately. The van was set up on top of hydraulics that simulated driving and turning sharp corners. It was chaotic, exhilarating, and definitely unforgettable.

6. What are you currently working on and what are you excited about pursuing next?

I am working on a Netflix film called Slumberland with Jason Momoa as the lead and Francis Lawrence as director—two incredible artists I feel so lucky to be working with. I am looking forward to seeing what the rest of the year brings, including the second seasons of the shows that premiered this year! What I love about this career is the unknown. I know that seems strange to say, but I appreciate how quickly it can all change, so I lead with an open heart and I trust that the right projects will come my way. I just keep my focus and continue working hard.

7. Any words of wisdom for aspiring actors?

Be patient with yourself as growth takes time. The first step is doing it – so jump right in, fears and all. Just know that you hold the key to success inside you. Be available and willing to show the parts of yourself that make you human. That to me is what is so captivating to watch, so the closer you are to telling the truth, the more depth the camera will pick up on. Also, please don’t compare yourself to someone else’s journey as there’s no right way to do it, there’s just the doing. Be happy for your peers and get inspired by their wins. I believe there is room for all of us to be great, so focus on your path and believe that you can [be great].

8. What content are you recommending right now to your friends?

I recently discovered the Netflix show What/If and I really enjoy it so I’ve been telling people to watch it. I like dark genres and Sarah Paulson’s new movie RUN was excellent, as well as the Russian Netflix series To The Lake. I watch it dubbed in English of course! A show I am excited to watch is season 2 of Amazon Prime’s The Wilds. This is truly the kind of series I’d love to be a part of and highly recommend season 1!

Humberly’s transformation since completing the CBC Actors Conservatory is a true testimony to the success of the program and how it strives to give actors the skills and confidence to shape their talents and build their careers. Humble but driven, the actress is fearless in her pursuit to live her best life and bring her dreams to reality. Stay connected with Humberly and follow her on social media, as she keeps you in the loop on the latest news and updates in both her career and personal life.