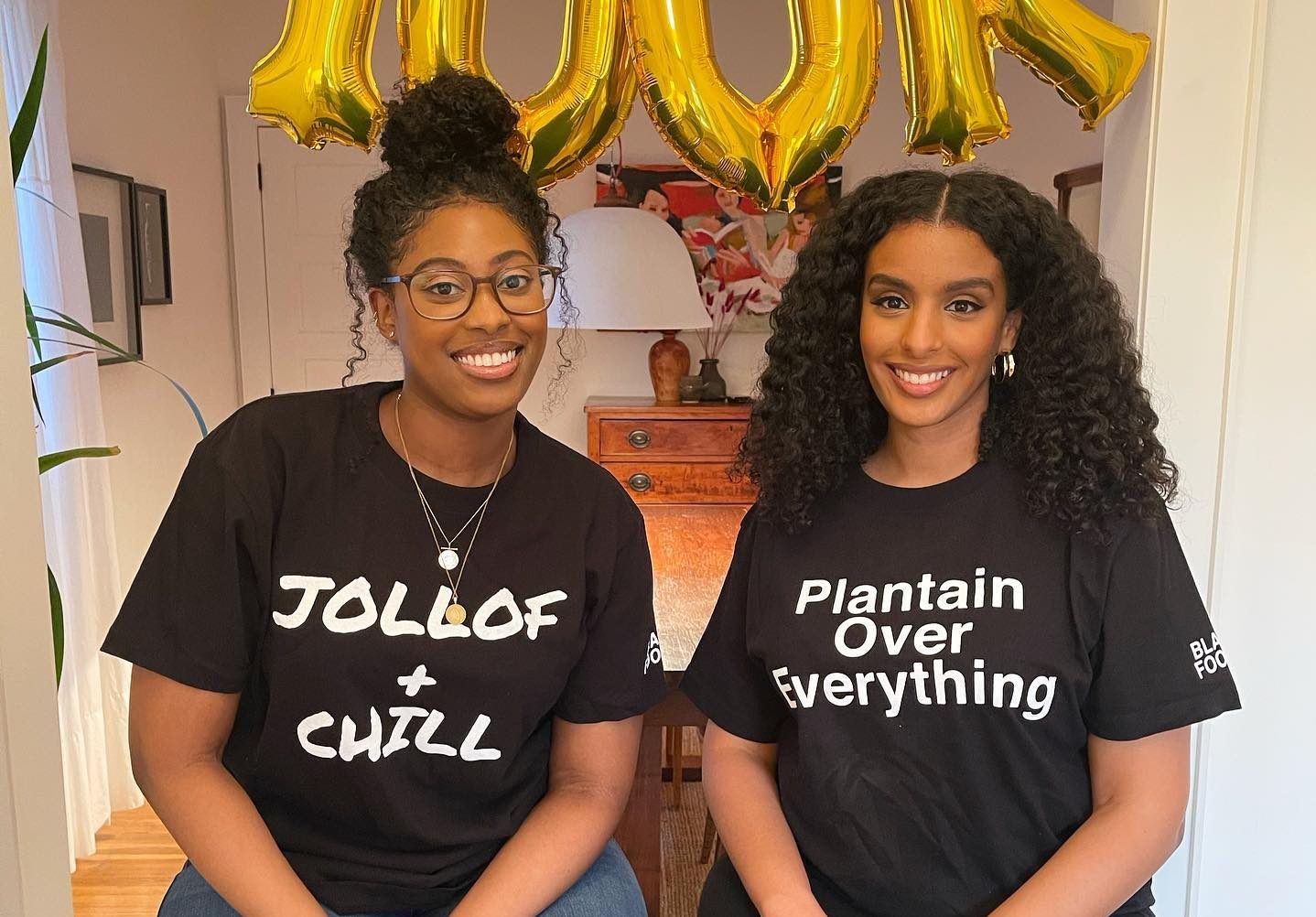 When the Black Lives Matter movement inspired protests around the world in response to the murder of George Floyd, the online platform BLACK FOODIE gained a ton of new followers. The founder of the popular website and social media force, Eden Hagos, attributed it to non-Black people looking for ways to engage with and uplift the Black community. “There was a shift that started happening in the marketing world,” she says, “they could no longer ignore us, and they were being held accountable for the way that racism seeps into their campaigns and their ways of recruiting influencers. The community that I had built and the voices we had in this space started to be sought out by people.”

Hagos started BLACK FOODIE after experiencing racism at a restaurant during her birthday dinner in 2015. The incident led her to reevaluate her own assumptions about Black food and eating African food in public. “I was upset that I wasn’t treated with respect, and that there were a lot of assumptions made about my group because we were Black,” she says. “But, I was also reflecting on my own thought process. I wasn’t really proud of my food and cuisine.”

She launched BLACK FOODIE on the first anniversary of that racist incident, with the goal to celebrate Black food culture and show the many ways in which the diaspora is connected through food. The site features their own original recipes, food content and promotes Black businesses and restaurants. Its aim is both to educate and entertain.

Since its launch, BLACK FOODIE’s Instagram account has amassed more than a hundred thousand followers around the world. Hagos says it’s become “a platform for other creators and other Black chefs and restaurant owners to share their stories and their recipes with the world.”

During quarantine, Hagos and her BLACK FOODIE team (herself as creative director and owner; CEO Elle Asiedu; and a roster of freelance creatives) cooked up their dream project: the BLACK FOODIE Battle, a fun take on classic cooking competitions on TV. The video series (for now, it lives on BLACK FOODIE’s YouTube channel, website and Instagram) invites home cooks, pro chefs and foodies to compete using ingredients that “would never be featured on Food Network, like okra and collard greens.” Every episode centres around an ingredient— recently coconut and sweet potato – and participants use the featured ingredient in any recipe they’d like and BLACK FOODIE followers vote on their favourite. Winners’ recipes are posted on BLACK FOODIE’s website.

This past September, Hagos and her team hosted their first-ever BLACK FOODIE Week in Toronto. Each day of the event, a different local Black chef, restaurant or entrepreneur was featured on BLACK FOODIE’s Instagram feed. The team also hosted cook-alongs, drink and learns, and panel discussions with Toronto food insiders.

Such events forge connections between community and Black-owned businesses, an important goal for Hagos. Restaurants are more than just places to eat, she says, they’re like community centres, places for people in the diaspora to connect to their homeland and culture. “You can feel at home and you can get a taste of home. My parents had an Ethiopian restaurant, and that was a place where a lot of the Eritreans and Ethiopians in Detroit and Windsor could come and get a taste of home.”

Of course, home comes in many flavours given the vast diaspora, and BLACK FOODIE strives to contextualize discussion of food to highlight the different cultures that exist and educate people outside of those communities. “It’s necessary because we’re not a monolith,” says Hagos, “There’s so many different cuisines that exist within black culture and so many different experiences and religions, and just all of these things that affect the way that we eat.” A listicle is not enough to represent it all, she says, “And that’s where we were coming in.”

For years, Hagos supplemented her income with side hustles while working on BLACK FOODIE as a passion project. Then came 2020 and the resurgence of the Black Lives Matter movement. Suddenly, marketers and brands wanted to collaborate with BLACK FOODIE, in partnerships and ad campaigns. The BLACK FOODIE Battle show, for example, recently got a branded boost from Guinness.

Hagos says some who reached out to BLACK FOODIE were only doing so for optics: “I think some people were trying to look woke and things like that.” But others took BLACK FOODIE seriously and wanted to pivot from how they worked in the past. “For so long, ‘Black’ was treated like a dirty word,” Hagos says. “Literally last year was the first time that I saw that start to change.” Brands now wanted to collaborate because they were Black, not in spite of it.

And that’s fine with Hagos, who has always viewed her work with BLACK FOODIE as deeply political and in conversation with Black activists. Being a Black woman in business is political. “Buying Black is political,” she says. “Building sustainable Black businesses and generational wealth and being able to be self-sufficient, that’s really important to me and so many others in the Black communities.”

While people have pushed back on Hagos’ insistence on Blackness in her work, she says emphasizing the Black in BLACK FOODIE is one of the most important parts of her work. “I probably get messages daily like, ‘why does it have to be Black, why is everything about race?’” she says. “It’s completely racist, it’s literally the fear of Black people doing well and having something of their own. And that’s why it’s important that I keep BLACK FOODIE like this. We don’t actually have to fit in. We can support our own businesses, thrive, and be proud of our Blackness.”

When LiisBeth profiled Hagos at BLACK FOODIES’ launch five years ago, she envisioned events bringing together the community as well as a web series or television show. And now? “There’s going to be even more storytelling about food in video format, more programming like the BLACK FOODIE Battle,” she says. “Whether you’re a BLACK FOODIE or not, there’ll be something for you.” 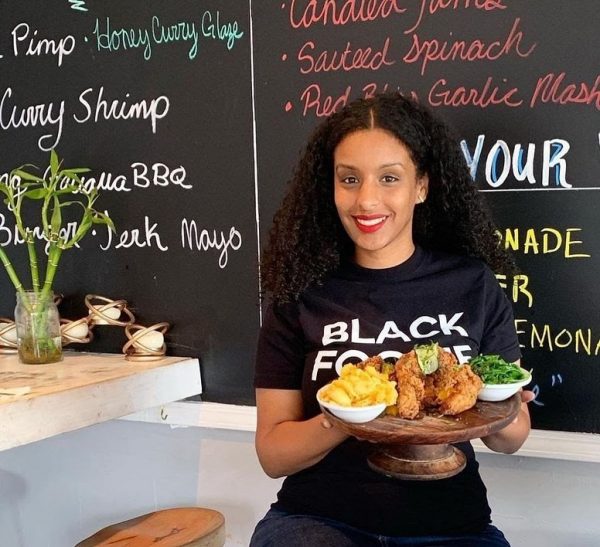 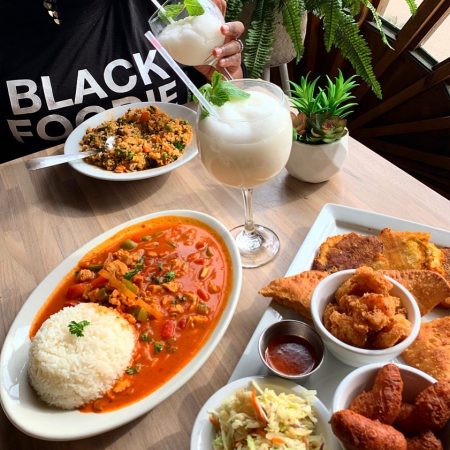