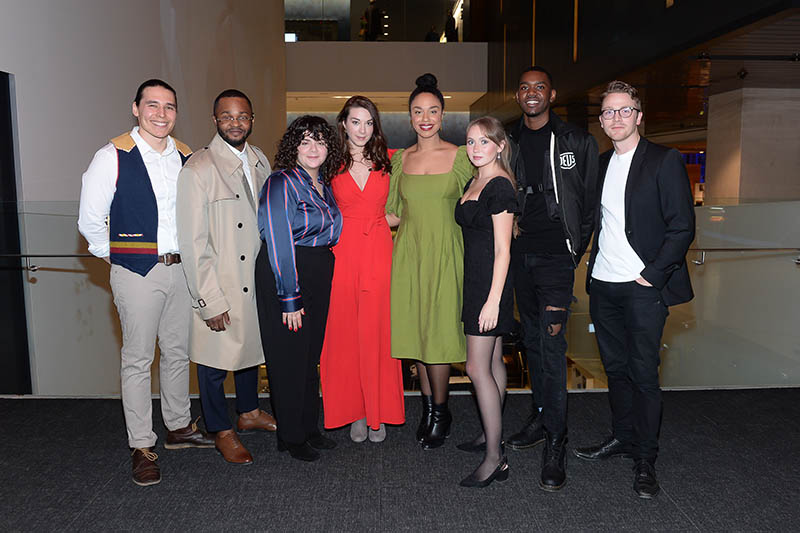 This year’s showcase marks the conclusion of the 11th year of the Actors Conservatory, a program that is recognized industry-wide as a vital hub for exciting, professional onscreen talent. CBC Actors Conservatory alumni are landing roles in critically acclaimed films and TV and web series whose reach extends beyond  borders and across formats and genres. Like Annie Murphy on Schitt’s Creek, and Cara Ricketts, who won an ACTRA Award for Outstanding Performance – Female for her role as Mary Handford-Lacroix in Anne with an E. Or Kaelen Ohm, who has been cast in the Netflix action thriller series Hit and Run, and Eli Goree, who stars as Cassius Clay in the upcoming feature One Night in Miami. 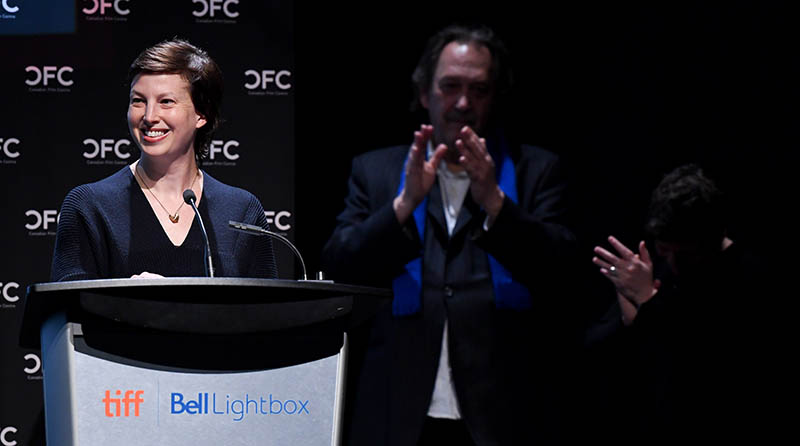 Trish Williams, Executive Director of CBC Scripted Content, English Services, joined us at the showcase to make an important announcement about the Conservatory: “As the home for Canadian storytelling, CBC is committed to discovering and developing talent in this country. As a part of this commitment, I am thrilled to announce that we will be renewing our support for the CBC Actors Conservatory for another two years.”We are so grateful to the CBC for their continued support of this program, and for their belief in, and commitment to, championing homegrown talent.

Homegrown talent like the 2019 Actors Conservatory residents (now alumni), who “reflect an inspiring range of experiences and perspectives and exemplify the very best of what Canada has to offer,” added Williams.

The Actors Conservatory wouldn’t be celebrating its 11th year if it were not for the generous support of our program sponsors, who Slawko Klymkiw, CFC’s CEO, thanked at the showcase: the Brian Linehan Charitable Foundation, which has supported the program since its inception; the RBC Emerging Artists Project, for its renewed support; the Government of Ontario, for its continued support; and of course, our title sponsor, CBC, who has been lead sponsor of the Actors Conservatory for four years and has been a CFC partner for 25 years.

The Actors Conservatory has not only enhanced the overall program offerings at the CFC, but has also augmented the experience of residents in all of CFC’s other programs. “Our actors have enriched the storytelling process, they have elevated the work, and they have challenged other CFC creators to really dig into character in order to deliver more complex, moving and entertaining stories that reflect all of us,” shared Kathryn Emslie, CFC’s Chief Programs Officer. 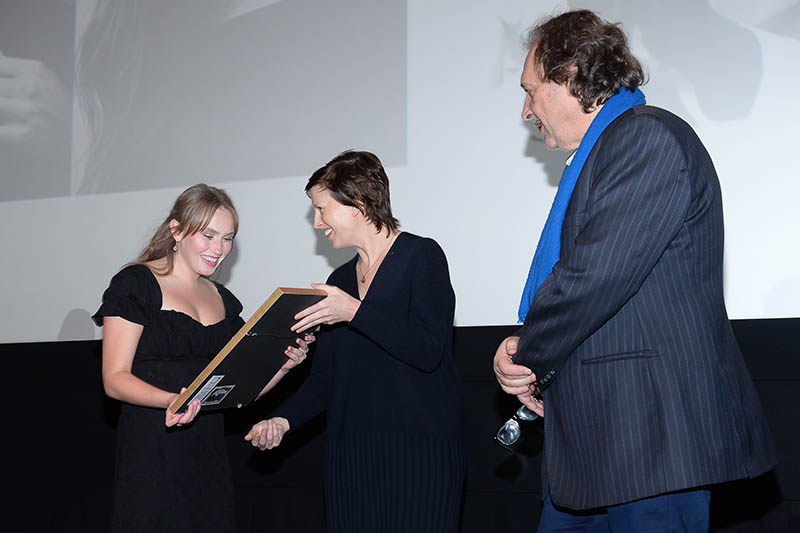 Veronika Slowikowska accepting her award from Trish Williams and Slawko Klymkiw at the 2019 Actors Conservatory Showcase.

Erica Proudlock, Executive in Charge of Talent and Programs at the CFC, took the podium to invite the eight actors to stage to accept their certificates. She then introduced the eight actor “closeups,” – short character studies intended to showcase a complex and distinct character in a key moment. Proudlock also took a moment to thank our incredible production and post teams, our mentors, our amazing cast and crew volunteers, the Slaight Music residents for creating all of the original music in the eight “closeups”, the Slaight Music Residency, as well as our generous production and post suppliers William F. White International Inc., Sim, Technicolor, postRevolution and POST CITY Picture & Sound.