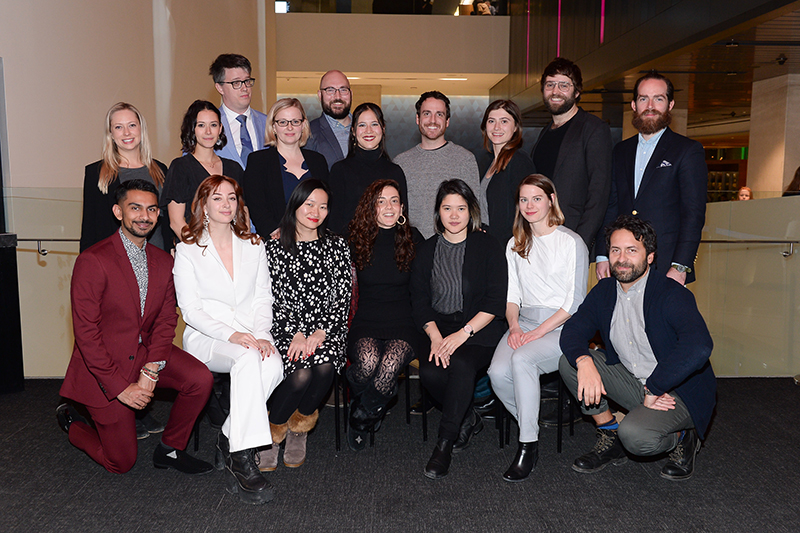 On Wednesday night, we took a break from holiday gift wrapping to spend the night wrapping up a very successful 2019 Cineplex Film Program with the program’s annual industry showcase. A sold-out crowd of CFC alumni and mentors, industry professionals, and cast and crew joined us at TIFF Bell Lightbox to celebrate the achievements of this year’s 17 Cineplex Film Program residents – five directors, five producers, four writers and three editors – and to get a first look at their original shorts and feature teasers.

This Cineplex Film Program is CFC’s signature film program, comprised of four separate labs; the Directors’, Producers’, Writers’ and Editors’ Labs. The program was launched by our founder Norman Jewison more than 30 years ago “to empower Canadian filmmakers and storytellers to claim their space on the global stage, and to show that they are world-class and that their stories matter,” shared Kathryn Emslie, CFC’s Chief Programs Officer, as she welcomed guests to the showcase yesterday evening. 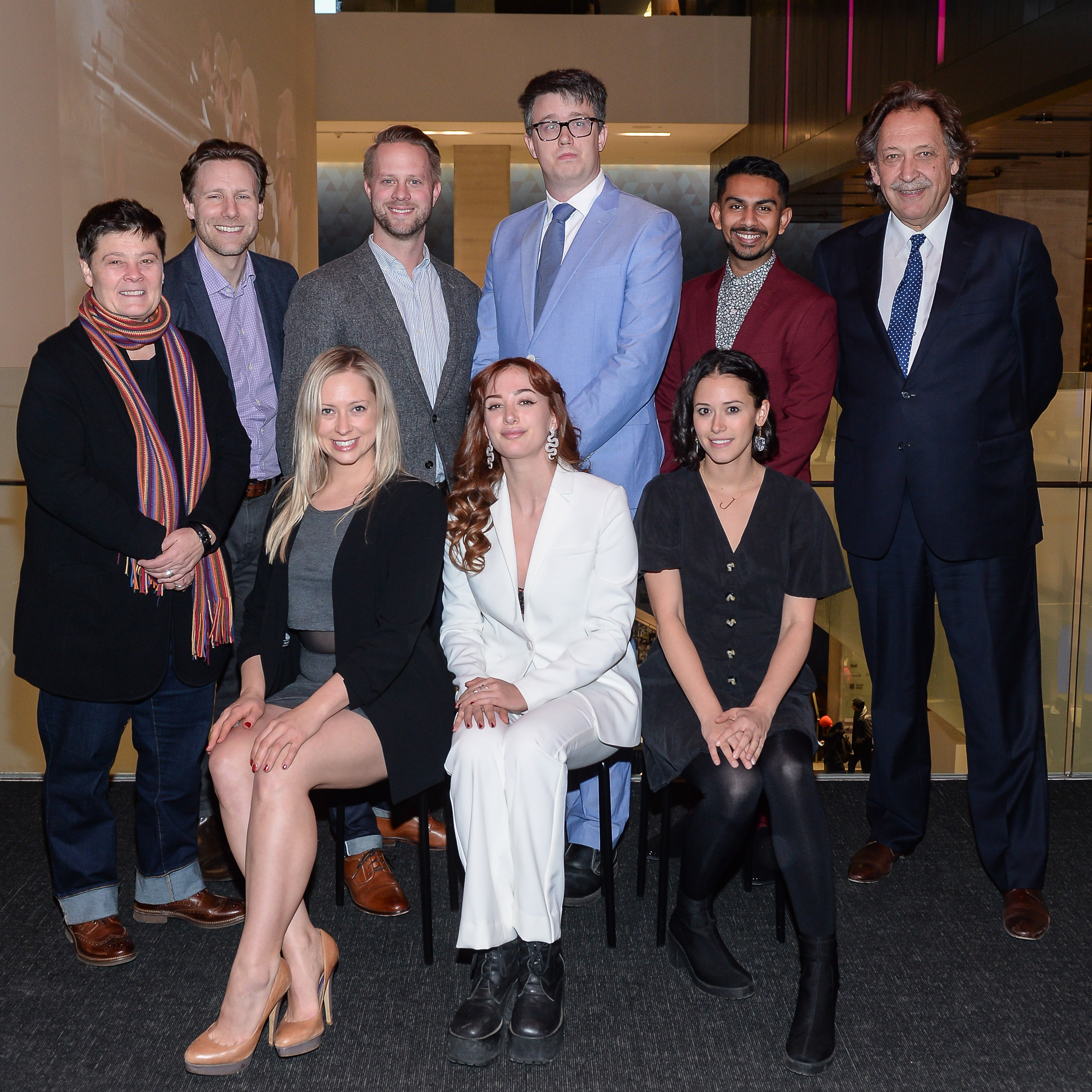 Emslie then welcomed CFC’s CEO, Slawko Klymkiw, to the stage to announce that the CMPA has joined the 2020 Producers’ Lab as lead sponsor. “The CMPA not only supports and helps protect producers, it creates a culture that allows them to thrive,” remarked Klymkiw. “We are thrilled that the CMPA recognizes the value and importance of this program. Their support will enable CFC to continue helping producers build successful careers in the screen-based industries.”

“Through this partnership, we’re going to be able to take an active role investing in the next generation of producing talent,” added the CMPA's President and CEO, Reynolds Mastin. “We get to build on our collective success as a national industry, and help bring homegrown stories to audiences in Canada and around the world.” Mastin also announced that the CMPA will offer a series of professional development bootcamps as part of the sponsorship, designed to give emerging producers the tools they need to thrive in today’s global media landscape.

Over the years, the Cineplex Film Program has become widely known as a key destination for fostering the next generation of filmmaking talent. As such, industry professionals and executives are keen to attend this annual showcase to get a first look at emerging talent and their original IP created through the program. As Erica Proudlock, CFC’s Executive in Charge of Programs & Talent, explained, “Talent – I think that’s probably what brought many people to the showcase tonight. You either know someone who you think is talented and you’re here to celebrate them, or maybe you’re here to find the next talented human you want to champion. There is a wellspring of talent this year; I have no doubt that you’ll find something that you’re excited about.” 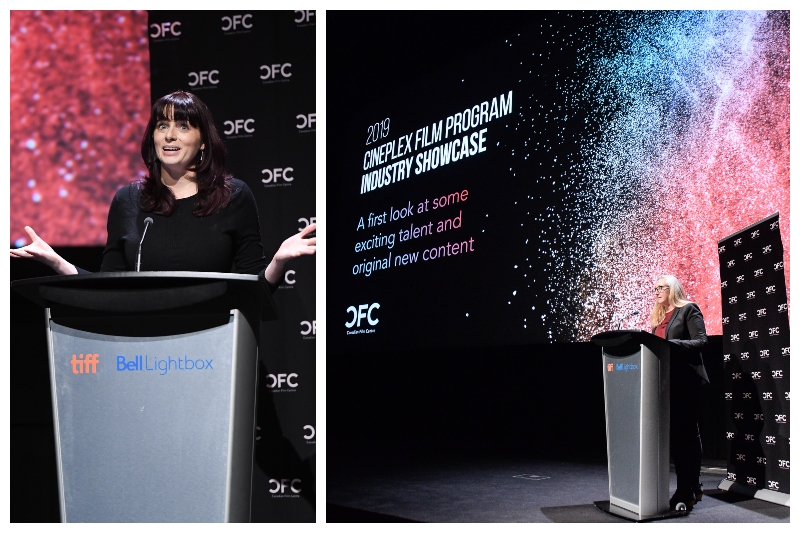 Erin Burke, CFC’s Associate Director of Programs & Content, followed Proudlock’s remarks by sharing a bit about the content side of the Cineplex Film program, “We strive every day throughout this program to help creators find, articulate and amplify their voices, to tell their stories, and to make an impact. It is so inspiring to be able to celebrate and showcase that talent tonight and, to that end, we are thrilled to share this work with you, and to highlight this exciting group of filmmakers.”

The work produced in the program acts as a type of “calling card” for each filmmaker, evidencing their cinematic skills and creative vision. Productions shot within the program also feature music exclusively created by our Slaight Music Residency, and often feature actors from the CBC Actors Conservatory.

Take a look at the showcase pieces below:

We are extremely proud of the tremendous impact this program has had on our film, TV and digital industries, and delighted to see our alumni establish themselves as a vibrant, creative force, as leaders in this industry, and as agents of change. As Emslie said, “It’s the talent that we work with that inspires us to do better, to be smarter, to be nimble, to change, and to remain committed to building a future brimming with exciting potential and great storytelling.”

Read our official press release on the CMPA joining the 2020 Producers' Lab as lead sponsor here.

Thank you to all of the individuals and organizations whose support makes this program possible, including, but not limited to: