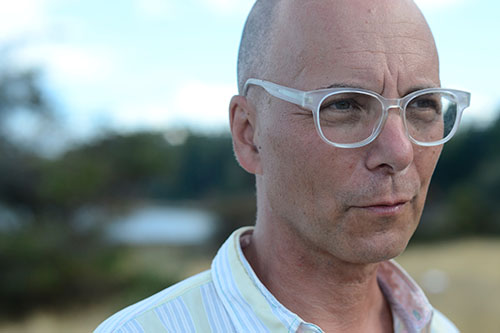 We are deeply saddened to share that our CFC alumnus, guest and mentor, Amnon Buchbinder, died on Saturday, November 30, 2019. He was 61 years old.

Amnon participated in the Directors’ Lab in 1992. He was a filmmaker, author and professor of screenwriting at York University’s School of the Arts, Media, Performance & Design.

“Amnon was a kind, patient, thoughtful and talented filmmaker. He was deeply committed to helping others fall in love with cinema as he had done,” shared Kathryn Emslie, Chief Programs Officer, CFC. “Whenever Amnon reached out to refer someone to our programs, we took special note because he championed originality and the unusual, and he cared deeply about these voices being heard and given a chance to tell their stories. We were lucky to have crossed paths with Amnon; he was an artist with enormous integrity and was a compassionate, funny and wise individual. Our creative community will miss him dearly, but he has left a wonderful imprint on hundreds of writers and directors.”

Amnon will be remembered for his numerous contributions to the Canadian and international film and television industries. He directed two theatrically released feature films; The Fishing Trip (1998), which was nominated for three Genie awards, winning one; and Whole New Thing (2005), which screened at more than 100 international film festivals, winning a dozen best film awards. He also made a number of short films that have been presented at major festivals around the world.

As a celebrated screenwriter, Amnon wrote and rewrote numerous screenplays. He also served as story editor on more than one hundred feature film projects in funded development, and taught professional screenwriting workshops in a dozen countries. Amnon’s book, The Way of the Screenwriter (House of Anansi Press, 2005), reinterprets the craft from both a philosophical and practical point of view, and has been widely acclaimed by working screenwriters. His most recent novel, Mortal Coil (Resounding Media, 2015), grew out of an unproduced TV series he developed with one of Canada’s major production entities.

Amnon served as a curator and film programmer for several organizations, including the Vancouver International Film Festival and the Toronto International Film Festival. As professor and a former Chair of the Department of Cinema and Media Arts at York University, Amnon played an instrumental role in developing the department’s curriculum in production and screenwriting.