The one-two punch of Hollywood and Silicon Beach provides a powerful magnet for many Canadian startups looking to grow their business – not to mention enjoying Southern California’s weather, beach and lifestyle. As more Canadian companies make the move, we see a variety of approaches fueling cross-border business growth.

“There are just more opportunities here,” says Gavin McGarry, CEO of social media agency JumpWire Media, which moved to Santa Monica a few years after launching in Toronto in 2009.

“When you say you’re from L.A.,” says McGarry, “there’s greater gravitas. Southern California is clearly at the leading edge of the media business,“ and second only to Silicon Valley. “L.A. offers great networking, a chance to see all sorts of interesting stuff and people,” adds McGarry. Proximity to insiders at Amazon, Facebook, Snapchat and Twitter gives JumpWire an edge.

“Canada is a great place for business,” he notes, “but after you’ve worked the handful of gatekeepers, it’s hard to keep growing.” Before long, JumpWire opened an office in Santa Monica while maintaining most employees in Toronto, a market that is “a great place for hiring people.”

Over time, though, the time zone difference and split teams became unwieldy, and JumpWire closed Toronto in favor of its Santa Monica headquarters.

John Hallman, founder of Level Play Sports, an athlete relationship-management platform modeled on Salesforce, is crafting a different model. He splits his team between both the U.S. and Canada, with employees in San Francisco, Las Vegas and Toronto.

Based in L.A., Hallman has partnered with Canadians, many of whom he met while serving as a mentor at the CFC’s IDEABOOST Accelerator. “We recognize that our target market includes athletes across North America, which includes a significant presence for Canadians, says Hallman. “I found a great level of talent in Toronto, where we have the backbone of our technology team. This benefits us economically, but we have found that the talent level exceeds our expectations.”

“When we look at Silicon Valley or Silicon Beach here in L.A., we find that large corporate presence hiring thousands of engineers drives up the price for employees. It is difficult to hire them for early stage companies – the cost of salaries and equity is daunting. In the Waterloo-Toronto corridor, we find comparable technical talent and it costs us less.” 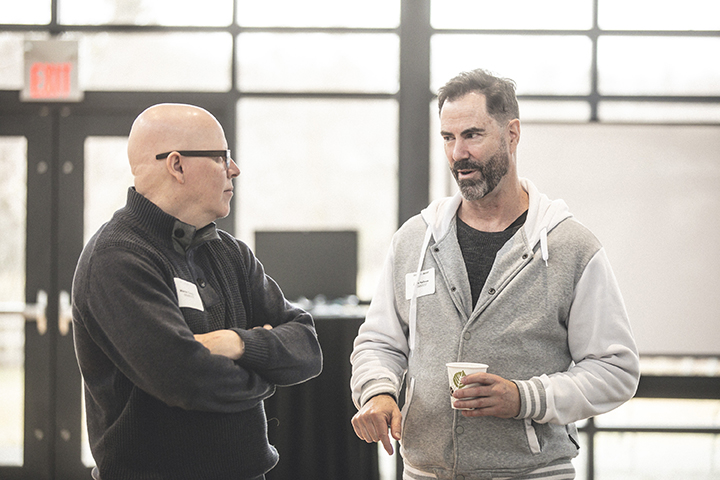 Edmonton-based producer/director Dylan Pearce represents another approach, with the opening of a new L.A. office underway for his new company, Northern Gateway. Pearce’s work stands out because of his technical expertise in areas like 3D and VR, both of which he hopes to leverage by creating a presence in the large Southern California market. Here, he not only gains access to dealmakers and collaborators, but also cements his new company’s credibility, with Americans and other Canadians, who he says tend to dismiss smaller markets like Edmonton.

Pearce is active in Alberta’s film and media community, which provides him with the ability to influence government policies, help grow the industry, and enjoy the camaraderie of a smaller media ecosystem.

For other Canadians who may be looking to L.A. for opportunities, however, Pearce cautions, “Understand what you want from it. The industry in L.A. is so massive. Without a clear purpose, you can easily get swallowed up or end up spinning in circles.”

Montreal-based documentary and VR producer Ina Fichman has been traveling to L.A. to connect with customers and collaborators for much of her 30-year career, but recently she’s begun staying for several months at a time, both to escape the harsh northern winter and to create deeper and more lasting relationships that are difficult to cultivate on short trips.

“What’s important is finding the right working relationships,” says Fichman, who admits that she’s a bit of a snowbird now that her family has grown up.

“I love my life in Canada, and have immense respect for a system that has really nurtured a great deal of talent. But Canada presents a double-edged sword, mainly that there are fewer broadcasting commissioners, and so it’s ever more competitive.”

“L.A. is such a big city with all kind of work being done here,” she says. “Deep pockets, more buyers, a more diverse set of potential partners.” Fichman finds great receptivity among American collaborators to the advantages she offers as a seasoned Canadian producer with access to sources of funding that don’t exist in the U.S.

A few years ago, Toronto-born actor-producer Michael Lazarovitch found himself in limbo while waiting for his green card approval, and thus unable to seek employment in either L.A. or Canada. So he invested his time in developing new content, building teams in both L.A. and Toronto. “I bridge the two countries, using benefits on both sides of the border to move our projects along.”

Lazarovitch says that his team’s track record with Canadian funders like The Alberta Media Fund, Telefilm, CMF and Create Ontario serves to significantly mitigate risk for American partners. The Canadian partners are incentivized to participate when he can bring an American partner and U.S. funding into a project. Like Fichman, he believes that an ongoing presence in the L.A. media market is vastly superior to commuting into L.A. to take meetings. “The relationships I’m building have developed over time,” he says, “as opposed when you fly in for a thousand meetings in a week, I have been able to forge real relationships on a much deeper level that have stood the test of time.”

Lazarovitch also maintains his Canadian roots by operating the nonprofit Actors Workshop Canada Benefit Masterclass Series in five cities across Canada, which provides access to producers, buyers, executives and casting directors from L.A. and New York City. This project was launched with support from the Canadian Film Centre (CFC) and primarily benefits the Actors Fund of Canada (AFC).

David Ivkovic and his wife, Renee Percy, are Canadian actors who relocated to L.A. in 2009, and have maintained vibrant connections to other Canadians who migrate here for work. Ivkovic’s real estate business caters in part to Canadians coming to L.A., helping with advice and referrals, as well as navigating the vast set of neighborhoods that comprise the city.

Ivkovic serves as Chairman of Canadians Abroad of Southern California, a non-profit social, cultural and professional advocacy organization. Ivkovic’s blog is summed up by its title, “Canadians Moving to L.A.” Canadians Abroad cultivates local connections between Canadians with mixers all across the giant L.A. ecosystem. Its largest event is an annual Canada Day celebration.

Of the nearly 800,000 Canadians residing in the United States, 16 per cent live in California, with Los Angeles County the home of more Canadians than any other, according to the Migration Policy Institute. Yet, as the engaging blog, “No Enclave,” puts it, “Canadian-Americans are a largely overlooked minority in the vast landscape of Los Angeles‘s diversity. Los Angeles, after all, has no Little Toronto nor a Historic Canuck Town. Whereas immigrants from south of the Rio Grande are celebrated, vilified, romanticized, ignored and pandered too; those from north of the 49th Parallel are practically invisible.”

Moving anywhere is traumatic, but newcomers to Los Angeles have an especially steep learning curve. This handy collection of articles from Curbed provides an orientation to Los Angeles neighborhoods and navigation. For tech companies, two good tech news sources are Built in L.A. and SoCalTech, both of which have events calendars and job boards. Networking may start with some of the many tech meetup groups, for instance, these or the specific Silicon Beach Young Professionals network. Female entrepreneurs can find women-in-tech meetups here.

Other Southern California organizations for Canadians to keep on their radar include: 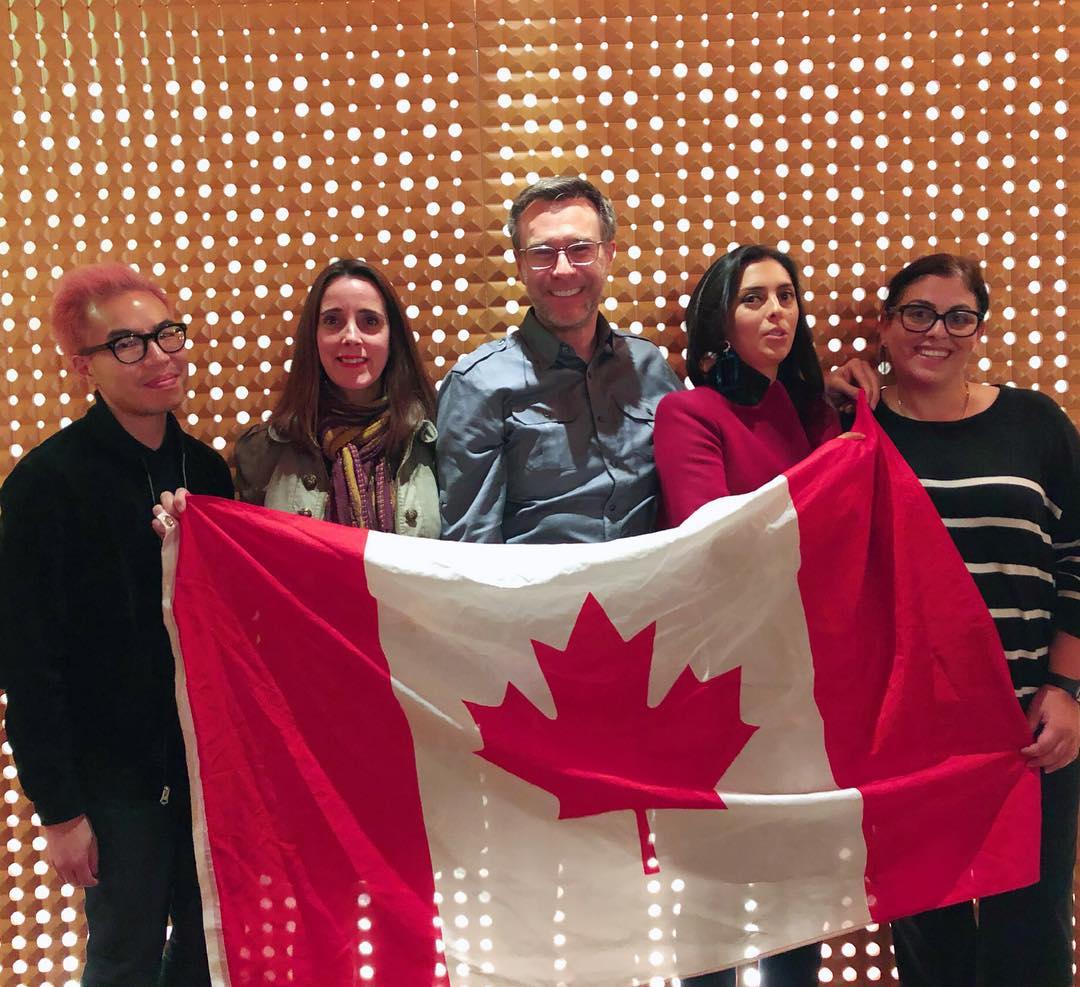 David Ivkovic (middle) at one of many group events hosted by Canadians Abroad of Southern California.

Traveling between the U.S. and Canada for visits (even attending conferences, by some accounts) rarely requires a visa, but over time, individuals and companies travelling regularly for business may require a visa. Canadians enjoy several benefits of Canadian citizenship when entering the U.S., and enjoy a number of exemptions not open to citizens of other countries, as explained here. The U.S. State Department’s full list of visa categories for employment can be found here.

“If activity on U.S. soil is going to generate income for you, either immediate or deferred, you need to be thinking of getting work authorization,” says attorney Lorraine D’Alessio, a Canadian native whose practice includes special focus on Canadian immigration to the U.S.

It may be worthwhile to retain a lawyer with immigration to help assess your company situation, since the specific fact pattern will matter, according to immigration attorney Zoe Kevork. Entrepreneurs should be especially careful, since pitching and signing deals as a Canadian C-suite employee can trigger scrutiny. Border agents may look up social media for big announcements of deals that would normally require approval of a different type of visa. (Kevork is also President of Canadians Abroad). “Usually it’s not a matter of if, but when,” says Kevork.

The consequences can be significant – being banned from reentering the U.S. stands out as a major problem for anyone aspiring to grow their career and business in SoCal. Tech startups will also notice that the U.S. immigration laws are tailored to older models of businesses than startups. Issues like capitalization for an investor visa and types of office spaces/co-working spaces are issues that need to be handled carefully, even at the point when a founder decides to go for a visa.

D’Alessio also cautions growing companies to make sure all of their employees are in compliance with U.S. law, in case competitors seek to sabotage your standing by submitting anonymous tips about you to U.S. Customs.