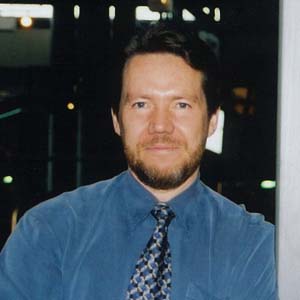 As President and CEO, I oversee all aspects of the company’s operations including strategic business planning and product direction, research and development, sales & marketing and financial performance.

I have 25 years of experience in corporate management of advanced technology business ventures leading to my role as President & CEO of Maplesoft. I have successfully developed a number of high technology startups into successful companies. Prior to joining Maplesoft, I co-owned WESCAM, the highly successful manufacturer of gyro-stabilized camera pods used extensively in both the security and entertainment industries. I was President and founder of TRF Inc., the maker of digital Input Devices for the 3D animation industry, including PuppetWorks, a reconfigurable electro-mechanical input device. Prior to this, I was also the General Manager of Alias-Eclipse which became a division of Alias-Wavefront, a world renowned 3D graphics and animation company.

I began my career as a control engineer with CAE Electronics, designing and developing advance real-time aircraft flight simulators for both military and civilian aircraft. I then became Senior Engineering Development Manager at CAE and was Worldwide Director of Intelligent Networks with Sema Group Wireless.