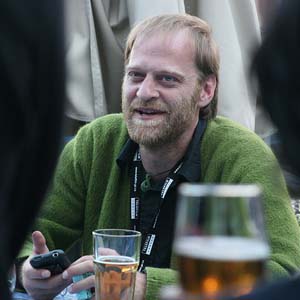 Jason Roks is recognized across North America for his networking and digital media distribution acumen, and for his ingenuity in predicting and leveraging new directions in Internet and digital communications technologies.

While the digital "fringe" community celebrates Jason as a co-founder of the decade-old file-sharing software pioneer Hotline Communications, Roks' career has roots in design, creative direction and sculpture. His software and media products have won multiple awards, including Best of Show at MacWorld 97.

Jason is a longstanding member of the Canadian Film Centre Lab's technical advisory council, and sits on advisory councils for a number of start-ups, including illuminated.com . He is an enthusiastic contributor to Toronto's tech community as a founding volunteer of wirelesstoronto.ca and an avid Barcamper. He studied philosophy and business at the University of Western Ontario.