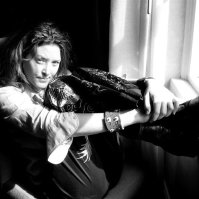 Ondi has the rare distinction of winning the Grand Jury Prize at the Sundance Film Festival twice. These films DIG! (2004), about the collision of art & commerce through the lives of two bands, and WE LIVE IN PUBLIC (2009), about an Internet visionary who demonstrated how willingly we will trade our privacy in the virtual age, were both acquired by the Museum of Modern Art in New York for their permanent collection.

In October '12, she launched a new YouTube channel, A TOTAL DISRUPTION, that aims to feed it's audience inspiring business & tech insights from the greatest minds of our time.

Ondi also currently produces and hosts BYOD (Bring Your Own Docs), a weekly live talk show about documentaries, in which Ondi interviews the leaders in doc filmmaking. She is simultaneously gearing up to direct MAPPLETHORPE, a film about the controversial photographer, Robert Mapplethorpe, in 2013.

Ondi's past work includes the socio-political feature documentaries, JOIN US (2007), THE NATURE OF THE BEAST (1994), and she co-directed the short film RECYCLE, which premiered at Sundance in 2005, and screened at Cannes. COOL IT - her feature documentary that blasts through the polarizing logjam of the climate change debate - premiered at the Toronto Int'l Film Festival in 2010 and was released theatrically by Roadside Attractions. Her 2011 short, LIBRARY OF DUST, co-directed by Robert James, won the Grand Jury Prize at the Seattle, Traverse City, Taos, & Miami film festivals and is now available on Indieflix.com.

Ondi has also worked in television and commercials. In 2000, she created, produced and directed the original VH-1 series Sound Affects, about music’s effect at critical moments in people’s lives. She has directed commercials and web series for such companies as McDonalds, State Farm, Ford, the Army, Honda, and others.