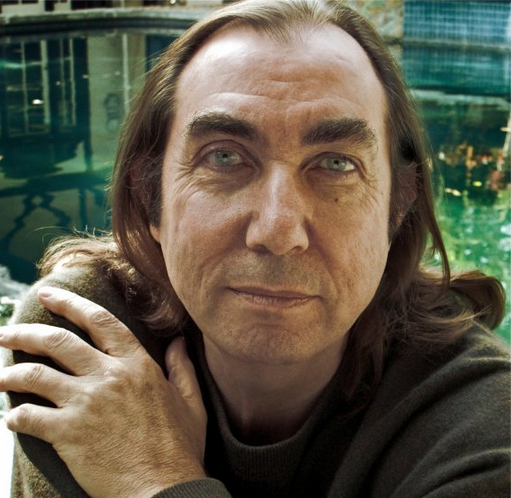 Pen is best described as a triple-hyphenate - a writer, producer and director - although he prefers to think of himself as a filmmaker.

He was born in England to parents who worked in the British film industry. He loved photography and creative writing but hated math. So he left school at fifteen. At sixteen he was employed by British TV to photograph the Rolling Stones and sold many pictures to national magazines. At nineteen he moved to Canada, and became a Canadian citizen, where he directed commercials and documentaries, including films with the guru of communications, Marshall McLuhan.

Following these early achievements, he joined John Watson in founding Insight Productions in Toronto, a maverick company which gained recognition for innovative documentaries such as LIFE TIMES NINE, where children created and directed commercials selling life as if it were a product. This film was one of two Insight films that earned Academy Award nominations.

As hands-on filmmakers, Pen acted as the cameraman, while John edited. In total they received over seventy international awards for their personally styled works as well as medals from the Queen of England for their contributions to the Arts of Canada.

Pen's first drama, IF WISHES WERE HORSES, which he wrote and directed, was a half-hour film about a horse owner who fights for the life of his animal during a breach birth. It was reviewed by TV Guide as “One of the best films of any length ever shown on CBC”. It won fourteen awards and brought Densham's work to the attention of Norman Jewison who, with Telefilm, sponsored his move to develop his skills in Hollywood.

In Hollywood, Pen was joined by John and founded the Trilogy Entertainment Group. While maintaining their Canadian base, they were employed as creative consultants on ROCKY II, VICTORY, COAL MINER'S DAUGHTER, NIGHTHAWKS, FOOTLOOSE, and QUICKSILVER. They wrote, co-directed, and produced THE ZOO GANG, which was released by New World and wrote and co-produced A GNOME NAMED GNORM, released by Seven Arts.

In 1988 Pen directed Trilogy's first Major Studio feature, THE KISS, a supernatural tale for Tri-Star Pictures. Filmed in Montreal. In 1990, Densham and Watson sold their spec script for ROBIN HOOD: PRINCE OF THIEVES, and produced the film for Morgan Creek and Warner Brothers. In the same year, they produced BACKDRAFT, with Ron Howard directing, for Imagine and Universal, a project they had developed.

Inspired by the loss of his mother at an early age, Pen wrote and directed his own very personal version of MOLL FLANDERS, which was distributed by MGM and Spelling Entertainment, starring Morgan Freeman & Robin Wright. “”Moll Flanders'' is not a sunny reconstruction of an idealized past. The movie is really better than that, a portrait of a woman who endures, thinks, and survives.” - Roger Ebert.

In Television, Pen Densham made his network television debut with the series SPACE RANGERS, which he created and executive produced for CBS with his partners. Pen's great love of visually inspired and imaginative story telling caused him to write and supervise the re-launch of the OUTER LIMITS science fiction anthology series, which he Exec produced with his partners for its award winning seven year run on American Television.

Pen and John produced the series out of Vancouver with their company Trilogy North, using many Canadians as writers and directors. With other, later series and movies for TV, they filmed more than 350 hours of television in Vancouver.

In the process, Pen earned the unique distinction of being named one of the top five most powerful creative forces in Science Fiction by a leading fan magazine. He was able to re-introduce THE TWILIGHT ZONE fantasy anthology series to America’s audiences on UPN in 2003, which also filmed in Vancouver, BC.

Pen also lectures at USC and the CFC. His impassioned educational book on screenplay writing is “Riding the Alligator”.

Pen is still partnered with John Watson. In a town frequently slavish to fashion, Pen continues to believe in creating from his instincts and has several visionary projects on his slate. And he’s proud to say he’s still a friend of - and inspired by - Norman Jewison.

Pen is married to Wendy Savage, a Canadian, and has two children: Victoria, a recent college graduate, and a son, Nevin, a screenwriter.