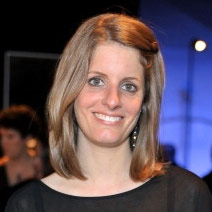 Piovesan’s last film The Lesser Blessed starring Benjamin Bratt, premiered at the Toronto International Film Festival and is being sold worldwide by eOne Entertainment. The film was nominated for a Canadian Screen Award for Best Adapted Screenplay. Piovesan’s past credits include The Whistleblower starring Rachel Weisz, Amreeka, directed by Cherien Dabis, and she was a co-producer on Red Lights directed by Rodrigo Cortes. Her films have been nominated for several awards include the Gothams, Independent Spirit Awards, NAACP Award, Genies, Humanitas Award and winning several including the FIPRESCI Prize for Amreeka at the Cannes Festival in 2009.

Producer Christina Piovesan received a Masters of Fine Arts from the University of Southern California where she produced several short films winning a student Emmy Award. She worked as a content analyst at Telefilm Canada and she started her career in the TV lit department at the William Morris Agency.

Most recently, FGF produced Patricia Rozema’s “Mouthpiece” selected to open Special Presentations at TIFF 2018. Upcoming commercial releases include “Paper Year,” written and directed by Rebecca Addelman and starring Eve Hewson and “Strange But True” directed by Rowan Athale, which will be released by CBS Films later this year.