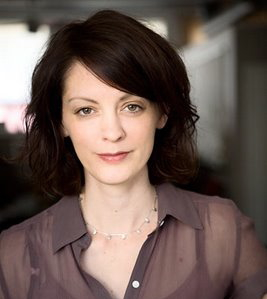 Rebecca Northan is a professional actor, writer, director. She received her improv training from Keith Johnstone at the Loose Moose Theatre Company over the last 28 years. She has been a guest instructor at the University of Calgary, the Banff Centre, Mount Royal College, and the Second City. Her hit-show, Blind Date, has been on tour since 2009 and has spawned a new genre of theatre, dubbed, "Spontaneous Theatre". Rebecca is a Canadian Comedy Award winner for "best female improviser" & "best comedic play", as well as a Dora Award and Betty Mitchell Award winner. She has also been nominated for a Gemini. Rebecca has Guest Hosted 'This Hour Has 22 Minutes", and is a regular cast member on CBC's 'Because News' with Gavin Crawford. She also had lead roles on CTV's, "Alice, I Think", and Showcase's, "The Foundation". Guest appearances include, "Being Erica", and feature films "The 'F' Word,", "The Rocker", and "Mister Magorium's Wonder Emporium".