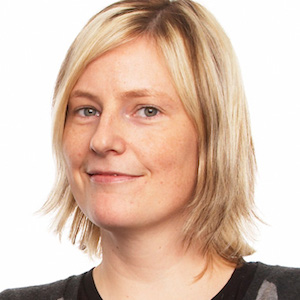 Alyson Richards is a producer and writer who gets excited about collaboration and telling awesome stories. Her latest project DON’T TALK TO IRENE, starring Michelle McLeod and Oscar winner Geena Davis, premiered at TIFF 2017 and is currently playing in theatres in Canada. It will hit the big screen in the U.S. in the coming months. Previous films include: GUIDANCE (TIFF 2014, New York Time’s Critic Pic), QUALITY BALLS (Hot Docs, Showtime) and THE SUBLET (Whistler 2015), which she co-wrote. She also works in television and has developed projects in both Canada and the U.S. with produced credits including the Gemini award-winning series THE LINE (TMN/HBO Canada) and the Rose D’Or nominated series LIVING IN YOUR CAR (Channel 5 UK/ HBO Canada). Alyson was the Vice President of Production and Creative Affairs for The Nightingale Company from 2009 - 2012. She was sent to Los Angeles to open their US office and secured company representation with 3 Arts. Alyson has been a juror for the INTERNATIONAL EMMY AWARDS and was selected to be a production Mentor for the globally televised MTV INTERNATIONAL 48 FEST. She is an alumna of the Canadian Film Centre, The National Screen Institute and has a BA in Film Theory.