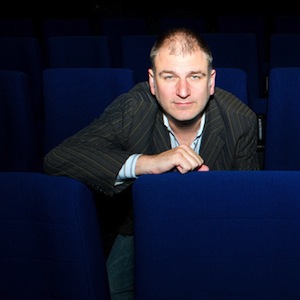 Appointed Artistic Director for TIFF Bell Lightbox in 2007, Noah Cowan drives the curatorial vision for the year-round programming in TIFF’s new home. Some of his contributions to programming since the opening of TIFF Bell Lightbox in September 2010 include the curation of Essential Cinema, a major inaugural gallery show detailing the inspiration behind 100 key films in cinema history, and significant retrospectives on Raj Kapoor and Gregg Araki. He was also the Toronto curator for "Tim Burton" (a project of the Museum of Modern Art, New York) and "Fellini: Spectacular Obsessions" (which premiered at the Jeu du Paume in Paris in 2009). He has also interviewed countless personalities on the TIFF Bell Lightbox stage and his original writing appears in 180°, TIFF Bell Lightbox’ seasonal programming guide.

Cowan has a long history with TIFF – his first venture as a programmer was for the Midnight Madness programme in 1989, which remains one of the Festival’s most popular sections. He subsequently curated major national cinema retrospectives on India and Japan for the organization, becoming a recognized new voice in contemporary international film programming by the mid-1990s.

In 1993, Cowan launched Cowboy Pictures, a pioneering distributor devoted to the art of cinema. Films Cowboy represented were acclaimed by a number of organizations including the National Board of Review, the New York Film Critics Circle and the Academy Awards®.

In 2002, Cowan founded the Global Film Initiative in New York City, a not-for-profit organization devoted to worldwide understanding through film. In partnership with the Museum of Modern Art, the foundation funds, acquires, distributes and creates educational material for socially meaningful cinema from the developing world.

Cowan returned to Toronto in 2003 to assume the position of Co-Director for the Toronto International Film Festival®, a position he held until January 2008. His dynamic leadership saw the Festival’s international impact grow and the launch of several major new programmes, including the celebrated city-wide meeting of the visual arts and cinema, Future Projections. Under Cowan’s direction, the Festival launched significant collaborations with the ROM, Power Plant, AGO and MOCCA under the programme’s auspices.

Cowan has written critically on film for Canadian and international publications and served on numerous juries and award panels in North America and overseas. He continues to be involved on a number of boards and committees, adding to his expertise in advocacy, policy development and public affairs.