We are deeply saddened to learn of the passing of CFC alum and celebrated creator Anneli Ekborn.

Anneli passed away on July 15, 2021 in Toronto, Ontario. Read her obituary here. 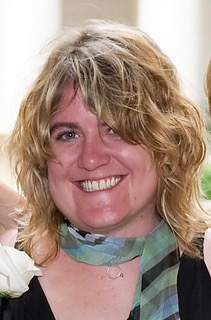 Of Swedish descent and originally from England, Anneli Ekborn was one month short of two years when she arrived in Toronto on the day John Lennon died—December 10, 1980. And she always loved The Beatles’ music. After completing a BFA in Film Studies at Simon Fraser University, Anneli was a resident of the Canadian Film Centre’s Producers’ Lab. Following her graduation from the CFC, Anneli launched her career by producing Renuka Jeyapalan’s 2005 short film Big Girl, which won Best Canadian Film at the Toronto International Film Festival (TIFF) among many other awards. Anneli’s path as an independent film producer was driven by story and by her creative vision. She was involved in a producing role on 35+ short films and three features—and helped launch the careers of numerous young filmmakers. Stand out projects include the TV series Seth On Survival (2009), the features Ben’s At Home (2014), and Reign (2015). As a multi-award-winning producer, her work took her to festivals around the world from TIFF to Cannes, Berlin, Japan and the American Film Institute, to name just a few. As the founder of the Canadian Film Centre, Norman Jewison, said, “Just tell a good story”. Anneli took his words to heart; she was interested in good stories, and, as a creative producer, put her narrative insights to work on the projects she guided from script to screen. And she worked tirelessly, often on multiple independent projects while also holding down producing gigs for production companies (Temple Street, Anagram Pictures, Slanted Wheel among others). A workshop leader, panellist, and guest speaker, Anneli also taught classes in film production at York University and at Humber College. Her colleague at York University and renowned film director, John Greyson, whose work she produced, says of Anneli: “Anneli is truly one of the warmest, kindest and most inventive collaborators I’ve ever known. She made the impossible possible with the magic of her wry smile.” Through her teaching, mentorship and as a role model, Anneli was devoted to providing opportunities for the next generation of young filmmakers.

The Anneli Ekborn Bursary celebrates Anneli’s life, career, and creative vision by providing support to a female filmmaker with a love of cinema and a commitment to independent stories and creators.

Learn more about and contribute to the CFC bursary fund in memory of Anneli Ekborn here.