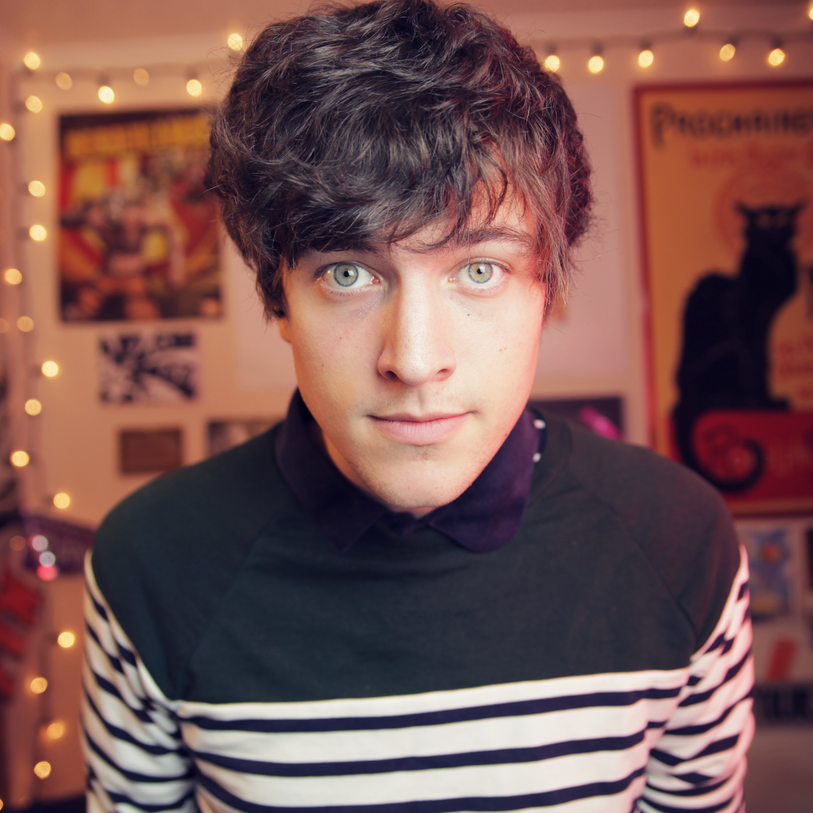 PJ Liguori is a YouTube filmmaker, storyteller, and musician known as KickThePJ. PJ has been making videos on YouTube for 7 years and has gained a following of 600,000 Tiny Planet Explorers. In a very hand-crafted, homemade style, he creates fantastical films, surreal comedies, animations and merry adventure videos. PJ also makes music and has released and album called "Stories From Somewhere" which you can listen to  here. The album is a collection of low-fi antifolk thoughts that he plucked from his brain. PJ plays many an instrument, consisting of, but not limited to, guitar, ukulele, theremin, harpoon, piping bag, pleasant thoughts and wifi. His most popular video is a film created for the British Red Cross to inform teenagers on the correct way to put someone in the pushover position.