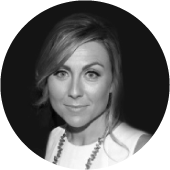 Melissa Schneider is a Creative Executive and Producer with an extensive background in both digital and traditional media. She is currently the Senior Vice President of Creative Development and Production at New Form Digital Studios, founded by Ron Howard and Brian Grazer.
Before joining New Form, she was part of the creative development team at the Collective Digital Studios, and previously oversaw production for the launch of YouTube Nation for DreamWorks Animation. Before that, she was the Executive Producer and Showrunner of My Damn Channel Live, the first daily live comedy series on the internet, hosted by Grace Helbig. Additionally she's produced dozens of original series for TeenNick, MSN, Vuguru, XBOX, and numerous other top-tier brands.
She is an alum of NYU's Tisch School of the Arts. She currently resides in Los Angeles.