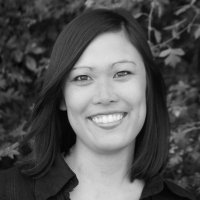 In the last 10 years, I’ve worked in Toronto, Geneva, London and San Francisco in strategic management, interactive media, design, and tech. I hold a BSc in Cognitive Psychology from McMaster University and an MBA in International Organizations from the University of Geneva.

I worked at a number of think tanks, such as World Wildlife Fund (WWF-UK), The Institute of Chartered Accountants in England and Wales, and The Finance Innovation Lab. In 2006, she was the Interactive Production Manager at the CFC Media Lab, where she managed large-scale interactive projects for the National Film Board of Canada, Ministry of Canadian Heritage, the Ontario Government, Telus Canada and the 2010 Vancouver Olympics Cultural Olympiad.

I’ve presented and produced conferences, workshops and panels around the world, including The Future of Cinema at the Cannes International Film Festival (2008), Geneva Forum on Social Change (2010), Hot Docs (2011) and Oxford Jam(2011).

When I’m not tweeting, blogging or producing web videos, I serve the Executive Committees of the Geneva Forum on Social Change and the University of Geneva MBA Alumni Association. I advise start-ups, businesses and international organisations in looking at innovative business models, digital communication strategies and new ways for collaborative working.