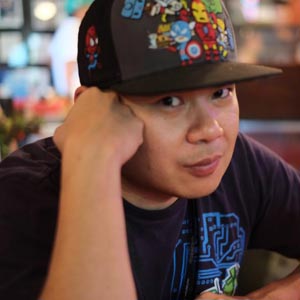 Bernie Su is a multi-talented and versatile writer, director and interactive storyteller. He was the head writer and an executive producer of the wildly popular Primetime Emmy Award-winning interactive series, The Lizzie Bennet Diaries, as well as the writer and director of the LOOKBOOK: The Series, a scripted dramatic series for the popular fashion social network LOOKBOOK.com. Currently, Bernie is the head writer and developer of Emma Approved, a series that spans across five platforms, and was recently named #2 Web Series of 2013 by Variety.com. He currently serves as the Executive Producer of Frankenstein MD, PBS Digital Studios first scripted series.