In their acceptance speech, Baichwal and de Pencier generously announced they would share their prize, the richest annual award in Canada at $100,000, with their fellow nominees, Maison du bonheur director Sofia Bohdanowicz and Ava director and current CFC Features resident Sadaf Foroughi, as well as with TIFF’s Share Her Journey campaign. 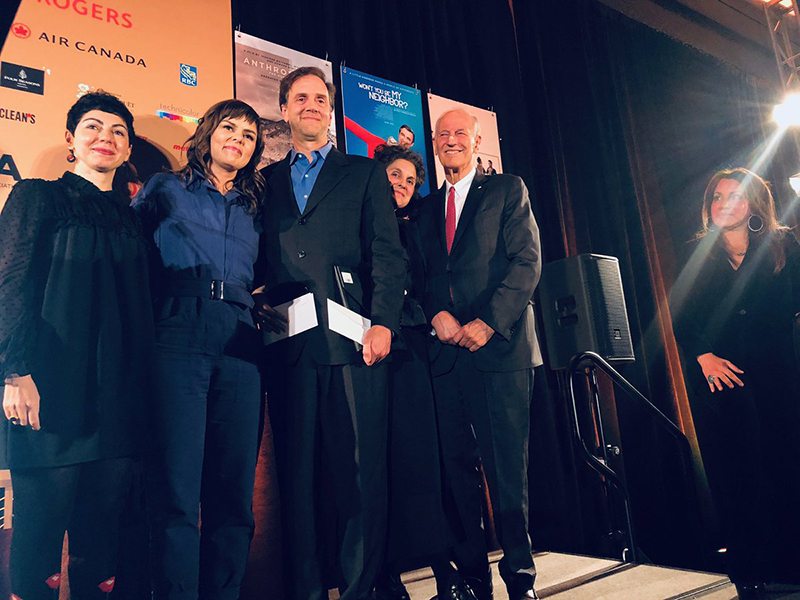 Baichwal and de Pencier invited Foroughi and Bohdanowicz to join them onstage – an inspiring moment that illustrated how Canadian creators can actively build a more inclusive industry for female directors.

Foroughi’s next film, SUMMER WITH HOPE, is one of two projects in development this year at CFC Features, with the other being Tracey Deer’s BEANS. Both Foroughi and Deer were selected through CFC Features’ dynamic new partnership with the organization Women in View, the national not-for-profit dedicated to strengthening gender and cultural diversity in Canadian media.

SUMMER WITH HOPE will be the second in a trilogy of films that began with Ava, the film for which Foroughi was nominated at this year’s TFCA Awards.

Finally, we’re also thrilled to see that Tanaya Beatty (Through Black Spruce) presented CFC writer-director alumna Molly McGlynn with the $10,000 Stella Artois Jay Scott Prize for an emerging artist. In her acceptance speech, McGlynn called the award a “light on the path to keep going,” and that she hoped in the future, she’d “keep emerging.”

Congratulations to all the winners at the 2018 TFCA Awards – enjoy a recap of the evening and full list of winners!