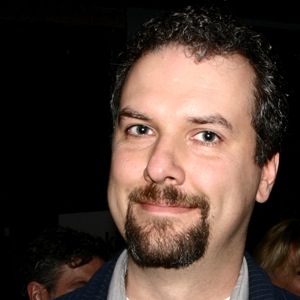 Wil Zmak grew up in Toronto, and studied film at Toronto’s York University (around the same time Gray was there), as well as the Canadian Film Centre. Then, his wife’s career demanded a move to the US, and it was off to Los Angeles!

Now permanently planted in L.A., Wil was offered the first of many Canadian jobs, that would see him travel to Canada for several months at a time, flying home on weekends to be with his family. Since then, Wil has worked as a writer, producer, and story editor on several Canadian television series, including The Listener (CTV, FOX International), The Aladdin Project (CTV), Stone Undercover (Tom Stone – CBC / US syndication), Jinnah on Crime (CBC), and Being Erica (CBC).

Hear the fascinating story of how a conversation with director Paul Fox on the state of film storytelling resulted in Wil writing the script for the 2005 thriller THE DARK HOURS, which has won fifteen awards at international festivals, including seven for Best Feature.

Wil has also worked in development for both TV and features, and offers many helpful tips, including the best way to adapt novels to the screen; what adaptations can teach you about your original material; targeted networking; and why you shouldn’t limit yourself to the hero’s journey and commonly taught story structures.