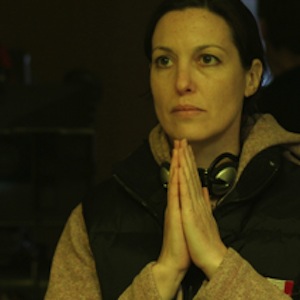 Ana Valine is an award-winning writer and director who is recognized as one of Canada’s emerging film talents. She has written, directed and produced fiction, experimental and documentary short films through Rodeo Queen Pictures. More recently she directed How Eunice Got Her Baby through the Canadian Film Centre’s Short Dramatic Film Program. It has won several awards including Best Short at the Female Eye Festival in Toronto and garnered a Leo award for Best Direction in a Short. Valine has also completed the Director’s lab at CFC after successfully producing 3 short films in 3 years.

Her directorial debut, a short called alice & bastard, earned a Golden Sheaf Award for director and the inaugural Emerging Filmmaker award at Yorkton, the People’s choice award at Mas Sorrer as well as two Leo nominations. Her second short, a love poem, an intimate visual poem, toured festivals with nominations and her short darkumentary, Nightmare on Cambie Street, explored the rapid transit construction that impacted one of Vancouver’s popular neighbourhoods.

Audiences and festival brass have applauded Ana’s broad base of work. Her first 3 shorts premiered consecutively at the Vancouver International Film Festival. Her films have also garnered her attention overseas, screening as far away as Russia and Spain. Ana has been interviewed and featured in the Toronto Star newspaper, CBC Radio’s the ‘Early Edition’, Global TV and on CBC French Television.

Prior to establishing her own production company, she was Associate Director on the documentary, Jann Takes Manhattan, and editor for the ongoing video installation, In Her Footsteps, at the BC Sports Hall of Fame. She has also worked extensively in video production as a field producer and director.

Ana is currently hard at work on her first feature length film based on a short story. She makes her home in Vancouver and Toronto where she continues to bring those who live on the outside into view.