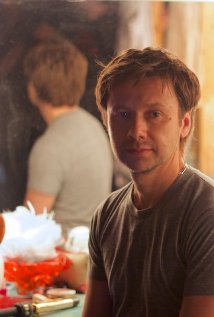 Maxime Desmons was raised in Montargis, France in a family of butchers. He escaped the family tradition and in 1996 graduated from the Strasbourg National Theatre School. He acted on stage in France & Quebec and also appeared in award-winning features of French directors (Pascale Ferran, Eric Forestier, Cédric Kahn). He also directed stage plays in Paris and at the Rome Biennale before immigrating to Canada in 2003 to pursue his dreams and creative aspirations. In 2007 he directed his first short film BAGGAGE that was acquired by CBC. BONNE MÈRE, his second short, was selected for the 2008 Berlin International Film Festival and SOMEBODY IS WATCHING US has toured the international film festival circuit. In 2008, He graduated from the Canadian Film Center Director’s Lab. At the CFC, he directed a short musical drama titled D’UNE RIVE À L’AUTRE.